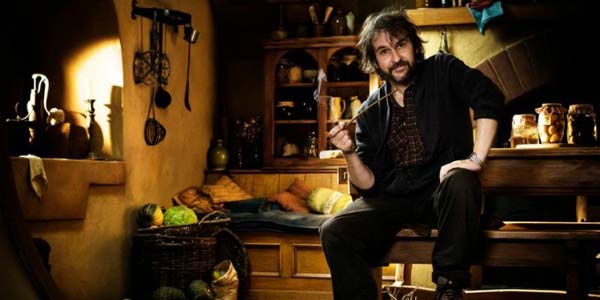 Peter Jackson changed the name of his third Hobbit movie, but it won’t have a negative impact on The Bridge Direct’s toy line.

Last week, Peter Jackson announced that the name of the third Hobbit movie– due out in theaters this December– was changing from There and Back Again to The Battle of the Five Armies.  One of the first things that came to my mind was what, if any, impact this change would have on The Bridge Direct’s Hobbit toy line.

Eleventh hour changes with the films have already affected the toy series– Legolas and Tauriel were already shipping in the Unexpected Journey collection by the time PJ removed them from the movie… and we saw a figure of the original (better) Bolg design in toy form, as well, despite his absence from the movies themselves.

So I decided to go straight to the source and see if the official new name would have an impact on the not-yet officially determined third toy line.  And thankfully, it won’t!  Since this news would only require changing the packaging and not the figures themselves, The Bridge Direct confirmed they have time to accommodate the new name into their potential upcoming series.

They also said they’re excited about the new name, and I tend to agree, especially from a toy perspective.  While There and Back Again would have worked well as the second of two films (as was PJ’s original plan), the new name makes more sense considering what we’re likely to see in the third movie.  And being honest, The Battle of the Five Armies sounds WAY more action-packed than There and Back Again, so hopefully the change will help a little to appeal to kids and retailers, and gain some shelf space for the next wave of these great toys!