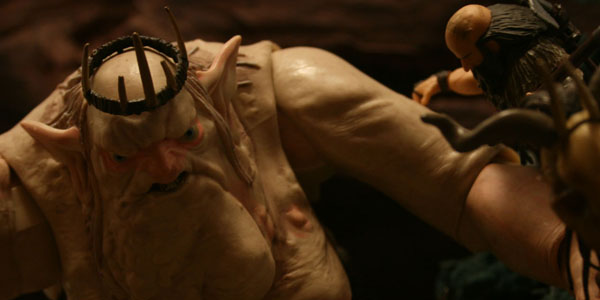 The first deluxe set in The Hobbit toy line from The Bridge Direct features the bloated, grotesque and perfectly-executed Goblin King from the new movie.

There had been a lot of speculation about what the Goblin King would look like in Peter Jackson’s The Hobbit: An Unexpected Journey (or if he’d even be appearing in the first film of the new trilogy) but both questions were answered with the release of the Goblin King vs. Thorin playset by The Bridge Direct.  Part of the company’s very impressive 3.75″ scale toy line, the Goblin King is one nasty chunk of plastic, and the detailing on him is just as great as his less-bloated action figure counterparts. 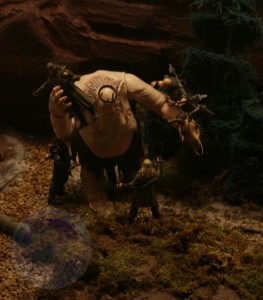 Everything we’ve seen so far from The Hobbit toy line features a fantastic attention to proper scale, so the roughly 7″ Goblin King is likely authentic to his on-screen size, which will certainly be a sight to see. The obese villain is packed with character, from his sagging jowls and gut, to the nasty-looking pustules and boils adorning his body.  Despite his awkward size and shape, the lord of the Goblins sports a decent articulation setup, including ball shoulders and ab crunch, ball socket elbows and knees, hinged hips and swivel wrists.  The ab crunch in particular is nicely obscured by his sagging man-boobs (er, goblin-boobs?), and much of his leg articulation is likewise covered by his leather skirt, providing what appears to be a solid sculpt.

The creature also features a good paint job, with an excellent sickly, mottled look to his fleshy skin and a dark wash over his scraggly hair which gives a greasy look to his head and shoulders.  There’s an odd bit of discoloration going across portions of the Goblin King, which give an almost sunburned effect.  I’m not really sure what the intention was here, or if it is faithful to his on-screen appearance, but it seems to fit well, especially on his face, knees and feet. 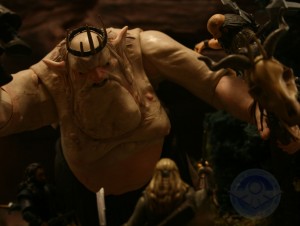 Goblin King includes a removable crown which plugs onto his head nicely, and a staff featuring both a skull and some shrunken heads.  The creature is packed in a large box alongside Thorin Oakenshield, who is a straight repack of the single carded version. He remains a great figure, with the same pair of swords and wooden shield as the previous version, but I wish he was even a little bit different– had this version of Thorin included his fur-lined cloak, he would have felt like a unique purchase and not a repeat figure I had to buy to get the Goblin King.  That being said, there’s far worse toys to be stuck with multiples of than this excellent dwarf warrior.

At about $30, the Goblin King battle pack is one of the pricier pieces in The Hobbit series. If you don’t already own a Thorin figure, this two-pack is a great value, but with the Dwarf hero being no different than his previous release, he offers little value for completists of the series. Overall, the price tag seems like a fair value, once you feel the amount of plastic put into this figure, as well as the very nice sculpted and painted details that push him over the edge. 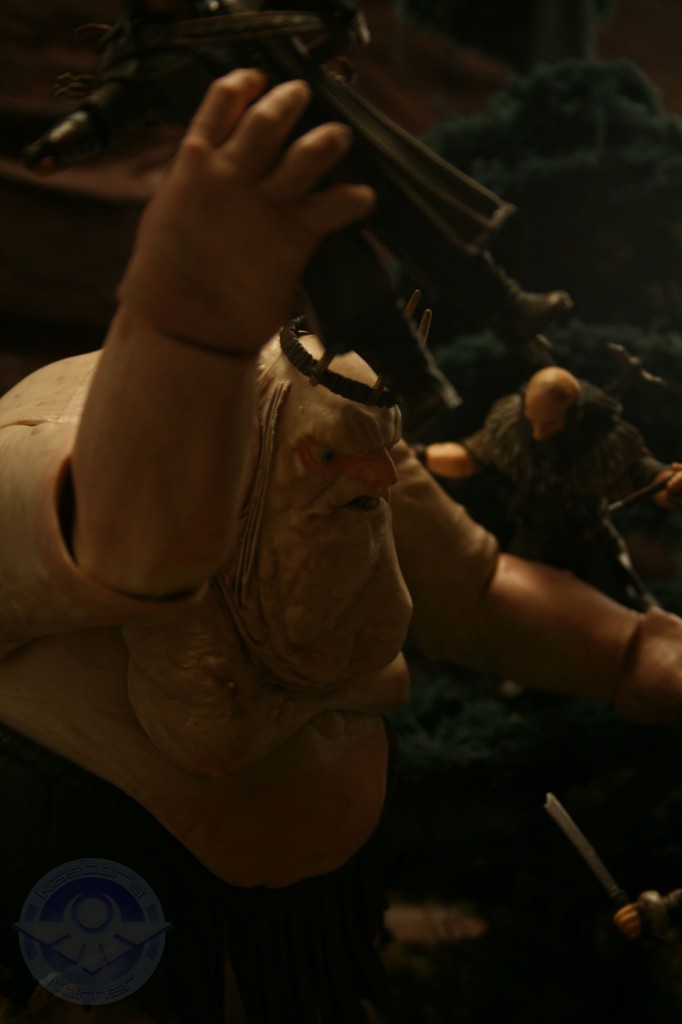 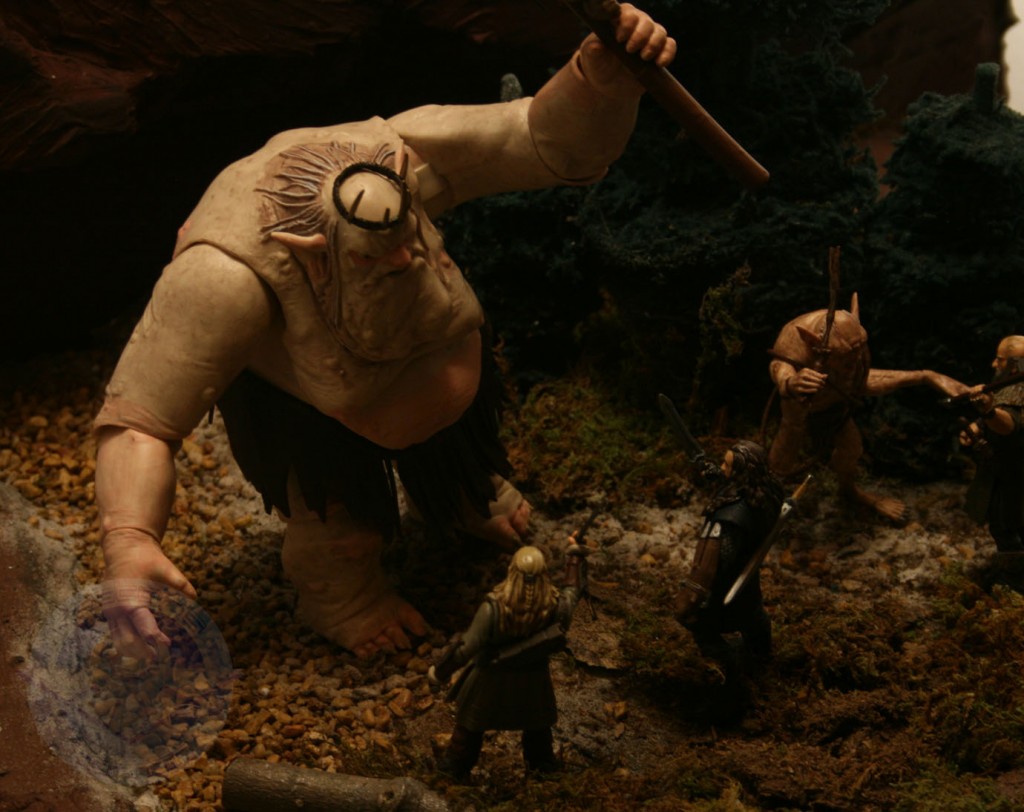