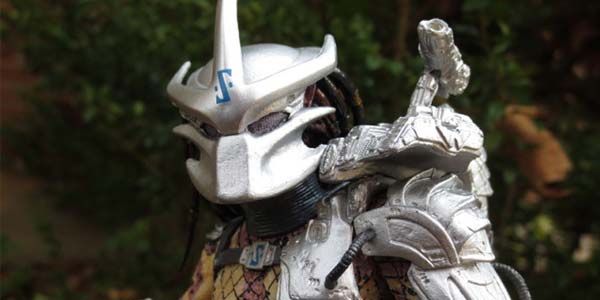 The Enforcer is ready for the fight of his life against Bad Blood.

If you’ve ever read Dark Horse’s Predator: Bad Blood comic, one thing becomes obvious– you can’t have a toy of the title monster without also featuring his nemesis, the Enforcer Predator.  This hunter was dispatched to end Bad Blood’s campaign of brutality, and their knock-down, drag out fight in NECA’s own backyard near New Jersey is the backbone of the comic book storyline.

Thankfully, NECA wasted no time in giving the Enforcer the toy treatment alongside his deadliest quarry.  And like Bad Blood himself, Enforcer Predator is another great release in this overall series.  In some ways, the Enforcer is a more generic Predator, with his brownish tan skin and silver armor… but there’s a shine to his weaponry which makes him feel both unique and somewhat heroic, a great quality to place him in opposition with the savage Bad Blood.

Enforcer comes packing his shoulder cannon, as well as an extended spear and a disc which stores on his hip.  He also features a swappable left hand which, combined with his wide range of articulation, allows for plenty of posing options, on his own or locked in combat with Bad Blood. 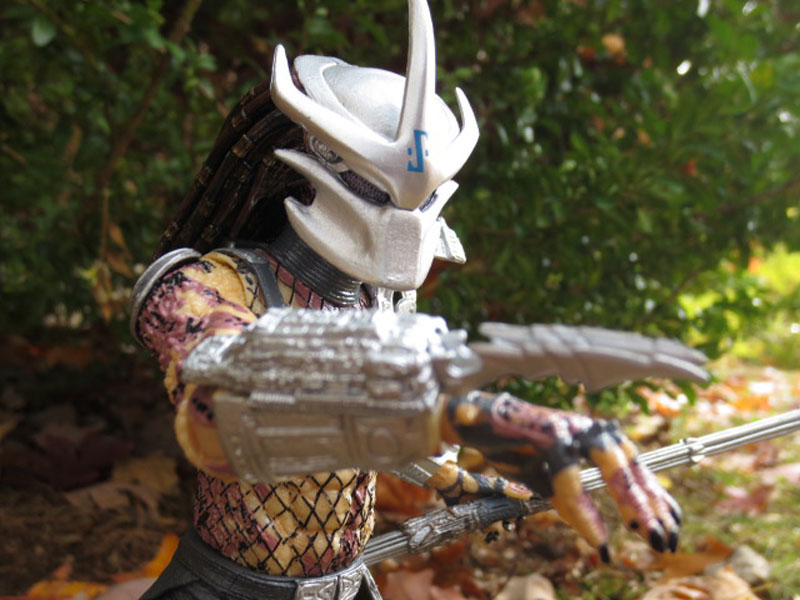 The big thing that makes Enforcer unique is his mask, a stark and stylized design with a crest made of three prongs.  The result offers a very distinct silhouette, with echoes of The Shredder in both the shape and color of the helmet.  After the tragedy of NECA’s Mirage comics style Shredder being shelved with no release, I feel this figure is a way that we kind of almost come full circle– sure, he may be a Predator instead of an evil ninja, but the iconic villain’s style is all over this figure regardless.

The Enforcer Predator is a nice looking figure in his own right, but more than anything, he makes a great companion piece to the deluxe edition Bad Blood.  These figures play off one anther so well, it’s a blast posing the two as they begin their final combat.  And with two figures this awesome, I can’t say who I’d pick as the winner!

Enforcer Predator and the rest of Series 12 are available now, as well as the Deluxe Edition Bad Blood.  Thanks to NECA for giving us the chance to review this great addition to the predator collection! 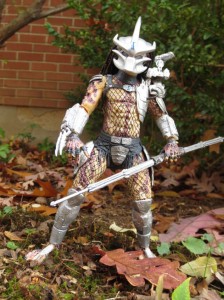 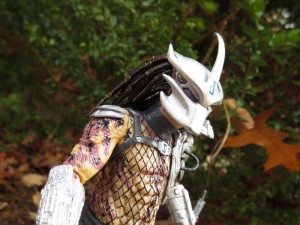 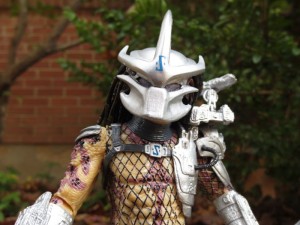 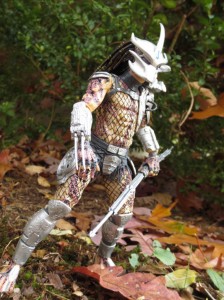 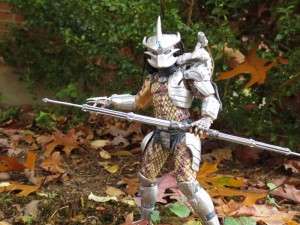 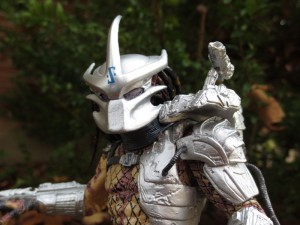 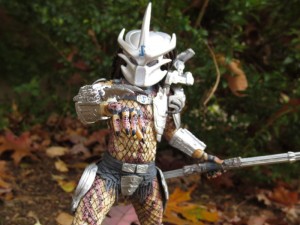 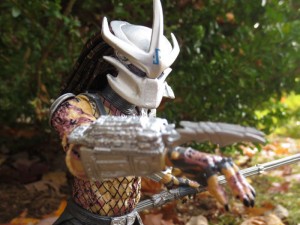 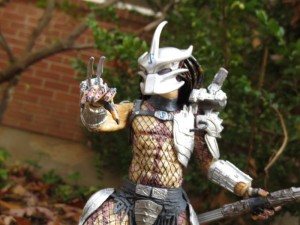 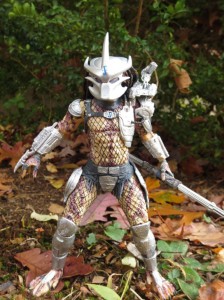 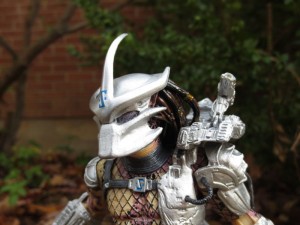 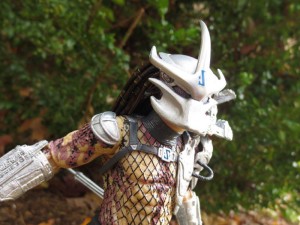 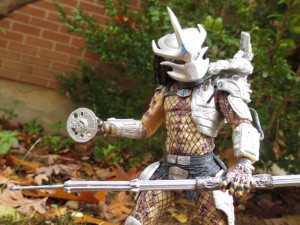 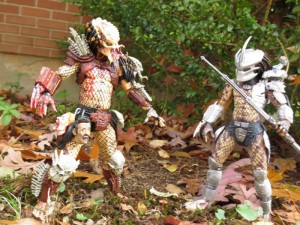 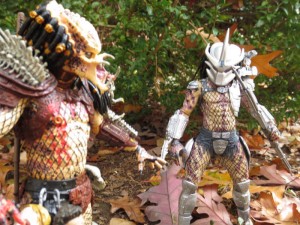 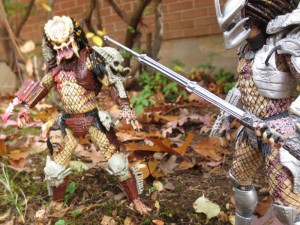 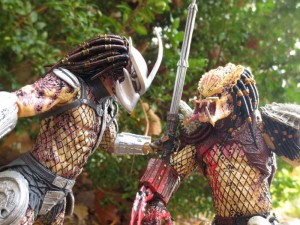 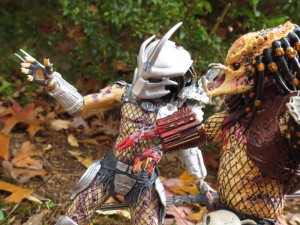 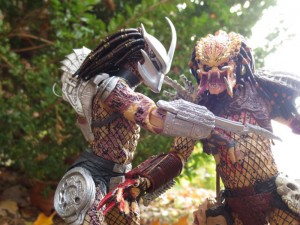 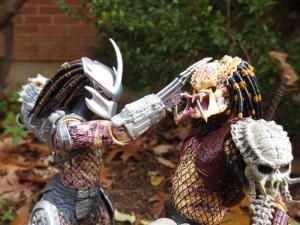 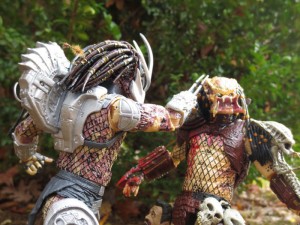 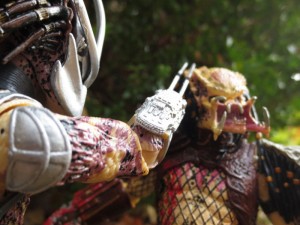 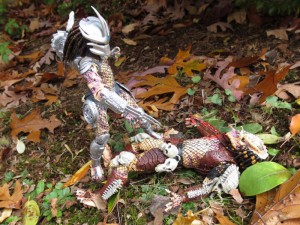 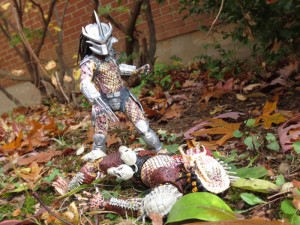 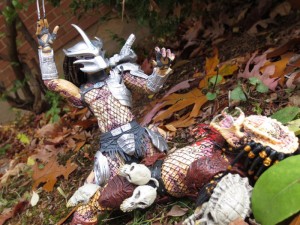 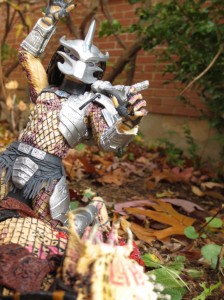 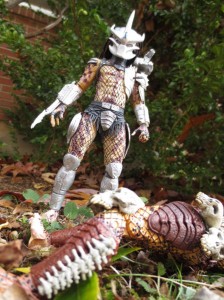 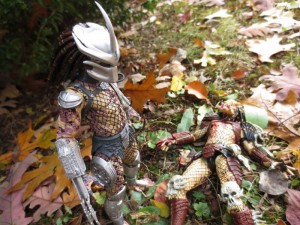