What We Know Now About ‘THE LAST JEDI’ 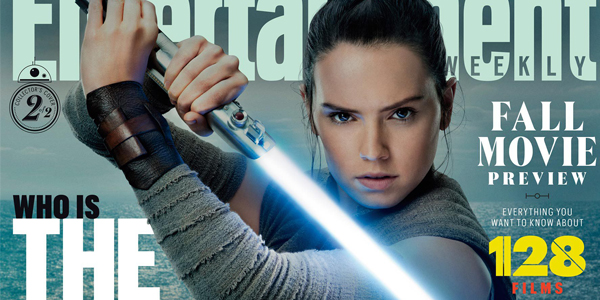 Entertainment Weekly and a leaked Force Friday product list offer some clues as to what Star Wars Episode VIII will be.

We’re what? Four months away from Rian Johnson’s Star Wars: The Last Jedi? With that long a window, it’s pretty obvious that the director, Lucasfilm, Disney, and all their promotional partners will keep a lot of stuff close to the vest.  But Entertainment Weekly has rolled out a big, spoiler-free preview of the film, along with a number of cool new images of plenty of familiar faces from Episode VII.

1.) A major theme of the movie will be that it sucks to meet your idols.  The legendary Luke Skywalker apparently won’t be the same dude Rey was hoping to find… nor is he the hero of the Rebellion we last saw partying it up on Endor. But Finn has his own hero worship problems, as he has his own fans in the Resistance after The Force Awakens, and he might not live up to those expectations either.

2.) he more I see of the Praetorian Royal Guards– personal bodyguards of First Order Supreme Leader Snoke– the more I’m convinced they are THE costume design to beat, not only for this movie, but for all cinema in 2017.  They look so unbelievably badass.

That brings up another thing I’ve noticed…

3.) There doesn’t seem to be too much that’s brand new in The Last Jedi, based on what’s been revealed so far.  Yes, the Praetorians look awesome, and yes, I am as in love with the Porgs as the rest of the internet… but most of what the EW feature does is catch up with only the core cast we already know.

And, while I’m not going to delve into it since it’s not supposed to be public yet, the leaked checklist of Hasbro’s The Last Jedi action figures scheduled for release on Force Friday 2 seems very light on all new characters, as well as– very sadly– any weird ass aliens that give the Star Wars universe its charm.

I’m not saying there won’t be lots of cool new stuff in the movie, but what we ARE seeing is an answer to the question of how promotion and marketing for the sequel would differ from Episode VII.  That was our introduction to this new trilogy, with an all new cast of characters, a notoriously secretive director, and a hell of a plot twist to keep under wraps… but Episode VIII doesn’t demand that extreme a degree of secrecy about EVERYTHING. It seems like Lucasfilm and Johnson agree, but they’re shining the pre-release spotlight on the things we already know (our new core cast, plot points which will echo Empire Strikes Back), and keeping us in the dark on the new players and places in the film.

As long as that’s the case, I think it’s a decent compromise.  The Praetorians and the Porgs are almost assuredly just the tip of the iceberg in terms of new stuff The Last Jedi has to offer.  And Hasbro will have some time post-release to add more Episode VIII characters to their toy lines, for sure.  But when I saw that leaked list, followed up by EW’s stories today, I couldn’t help but notice how little new ground was being tread.  If this was not a movie being directed by Rian Johnson, I might have actually been worried. But having just re-watched The Brothers Bloom a few nights ago, I’m filled with more confidence than ever that The Last Jedi will be something truly special.  Let’s hope that something special still involves a ton of weird new aliens, and that Hasbro makes toys out of all of them.