The Lightning Gremlin Sparks Up Your Creature Collection 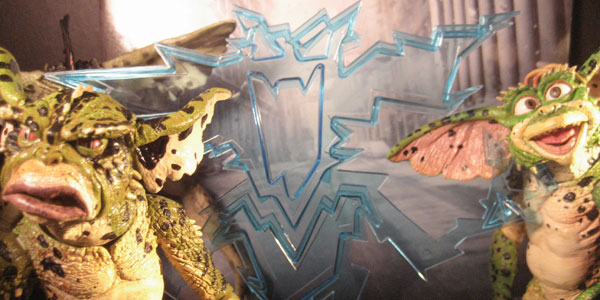 NECA’s Lightning Gremlin is starting to hit Toys R Us, and the exclusive figure is definitely different than the other creatures we’ve seen so far.

Gremlins 2 is one of those movies I can never get tired of, and I feel exactly the same about NECA’s stellar Gremlins toy line.  With Series Two for both the titular miscreants and their Mogwai counterparts due to hit stores any day now, NECA surprised me with an earlier-than-predicted release of the Toys R Us exclusive Lightning Gremlin. 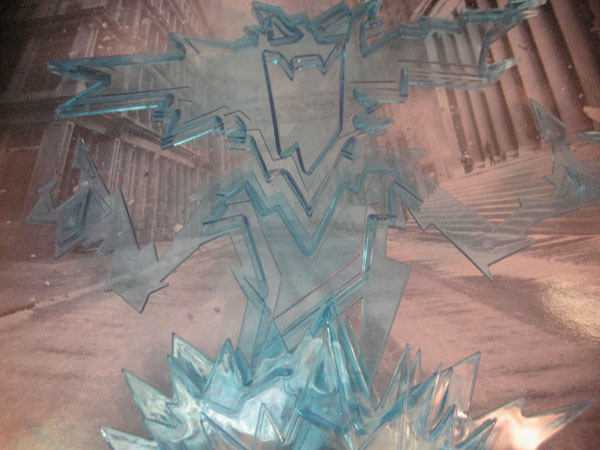 The Lightning Gremlin has been in the works for a while now, first displayed along with Series One at Toy Fair 2011, but due at least in part to his odd structure, he didn’t find a home as quickly as Daffy, George and the Flasher. Basically, Lightning is a single-piece, flat figure, cast in translucent blue plastic to replicate the critter’s animated, living electricity look in The New Batch. As such, he lacks the phenomenal articulation displayed on the rest of the Gremlins, as well as the hyper-detailed paint job.

While this may sound like a rip-off, the figure is a great translation of the pre-CGI special effect from the movie, and even though the whole point of Lightning is his 2D visage, NECA still gave him some definition, with recessed and protruding pieces sculpted with sharp lines to make out the body and facial features of this Gremlin. Also an added bonus, Lightning includes a stand in the shape of a big spark, which helps the flat figure stand upright. 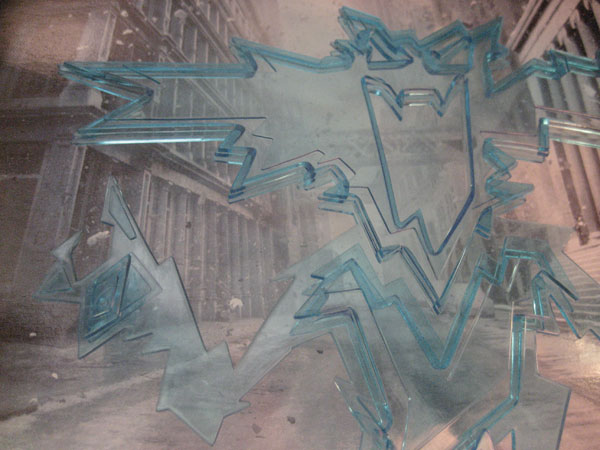 Truth be told, I balked when I first saw the Lightning prototype.  While he’s crazy accurate to his movie counterpart, it was tough to get over the fact that he’s really nothing more than a flat piece of blue plastic with a base.  I’m sure this factored into his release delay as well, but I love the compromise NECA came up with– Lightning is a Toys R Us exclusive, AND he clocks in at about five bucks less than a standard Gremlin. This is the first time I can think of that a store exclusive figure has actually been discounted more than the standard figures, and it’s a great way to make Lightning a solid purchase for us Gremlins fans.

The Lightning Gremlin is a cool addition to the cadre of creatures, and his bright blue, spiky body stands out nicely on the shelf next to his more muted and slimy comrades. What Lightning lacks in articulation, he more than makes up for in design accuracy and fun– the best part of The New Batch was all the weird mutations that afflicted the Gremlins, and I really hope NECA continues delivering more of the weird, may out monsters from the movie. With any luck, Comic Con will give us more answers on the future of this line– I’d love to get an update on the Mohawk spider and Greta prototypes we’ve already seen… throw in the Salad Bar or Bat Gremlin and I can’t think of a Gremlins fan that wouldn’t be geeking out all the way home from the Con. 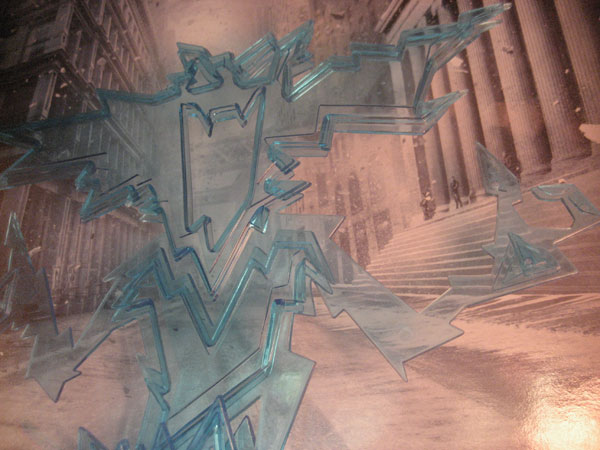 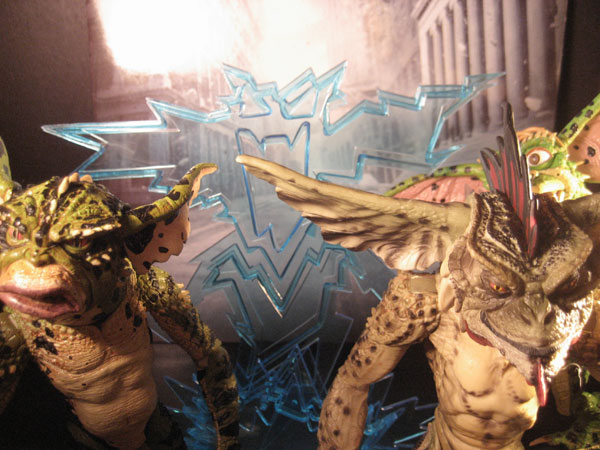