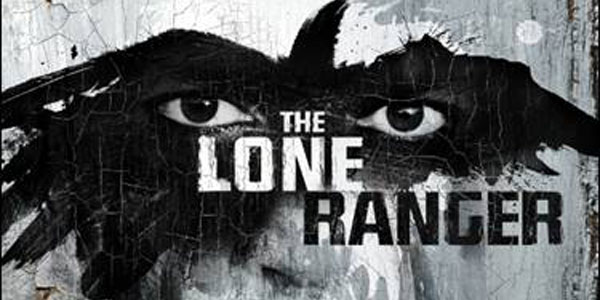 First we got a poster, and now a trailer, as Disney kicks things into gear for their Lone Ranger reboot. 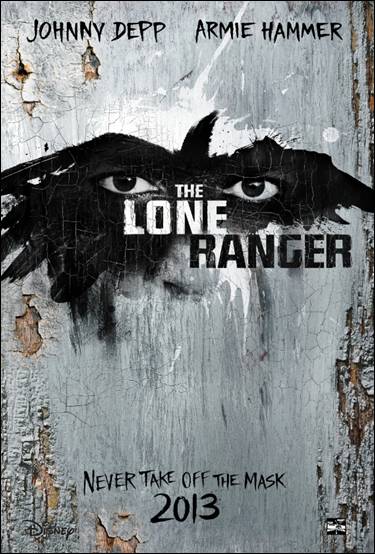 Disney has been on a role the last two days, unveiling for the poster and now a teaser trailer for the upcoming Jerry Bruckheimer/ Gore Verbinski reboot of the Western hero.  I actually kind of like the very minimalist poster, with its comic-booky feel of the eyes peering through the iconic black mask, which sort of morphs into a bird on the edges.

It’s sleek and has a sense of style that the trailer, quite frankly, lacks.

It’s a less than two minute clip, so it’s tough to judge the quality of this whole project based on what we see here, but we’re already privy to some fairly obvious, yet expansive CGI scenery, and Johnny Depp as Tonto in full warpaint seemingly more than ready to chew that scenery.  I just hope early rumors that Armie Hammer’s John Reid would be played as a total buffoon don’t make the final cut.  It didn’t work for The Green Hornet, and I can’t see that dynamic working here.

What do you think? Does this footage get you pumped up for the movie next Summer, or just motivate you to watch the old Lone Ranger serials on VHS?