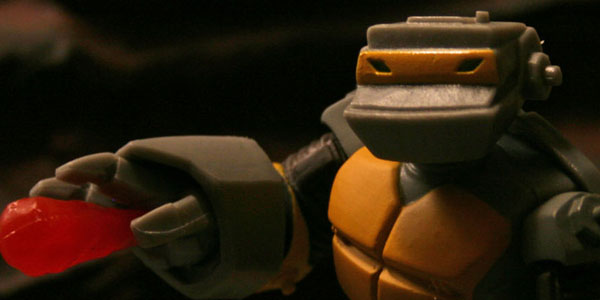 Some new TMNT figures have started showing up at retail, including a new take on the Turtles’ classic robotic ally, Metalhead.

I’m not sure why exactly, but it seems like Playmates’ new TMNT toy line is only great when it comes to making Turtles.  Fortunately, this trend continues with Metalhead, who– yes, isn’t technically a Turtle– but is still a very solid figure.  In the new TV show continuity, Metalhead is apparently a robotic version of Donatello, cobbled together by the technical Turtle our of spare Kraang android parts.  I’m not sure how big or small a part Metalhead will play in the new series, but I do know his action figure is cool. 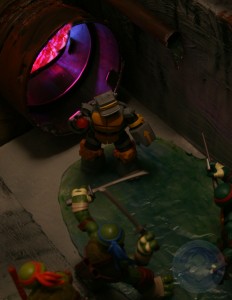 Like the excellent brothers from Series One, Metalhead combines the colors of the classic original figure with an updated design that works incredibly well, even without the classic toy’s chrome-plated chest piece.  The robot Turtle sports the same stocky arms and legs as the ninja teens themselves in this adaptation, and the use of a concave manhole cover as his shell is an inspired design choice.  Metalhead features virtually all of the articulation as the Turtles, with a ball socket head, hinged swivel hips, half-ball knees, and swivel wrists and shoulders.  The only point sorely missed here are ball shoulders, which limit the robot’s arm movement, but there’s still plenty of cool posing options available.

The robotic mutant gets an action feature, in the form of a spring loaded fireball which shoots from his right hand.  It works pretty well, and I like that the missile-launching arm actually has a red warning sign imprinted on the metal that makes up his forearm, a neat detail that adds to the scrap aesthetic of the character.  Paint apps are nice and clean on this figure, with the deep yellow offsetting nicely against the flat grey of his body, and small details like the metallic blue eyes and previously mentioned stamps on his forearms help sell the fun, homemade look of the robot.

The robotic Turtle is part of TMNT Wave Two, along with newcomer villains Dogpound and Fish Face.  Each of the three are packed one to a case, which means they may be a little tricky to find amidst all the Wave One repacks, but Wal-Mart seems t be getting this new assortment at a steady pace.

Metalhead is hands down the best TMNT figure released that isn’t one of the four brothers. He’s a cool looking, fun toy, so much so that he inspired me to break (or at least bend) my Turtles-only rule with this line.  After checking him out up close, I can’t say I regret my decision. 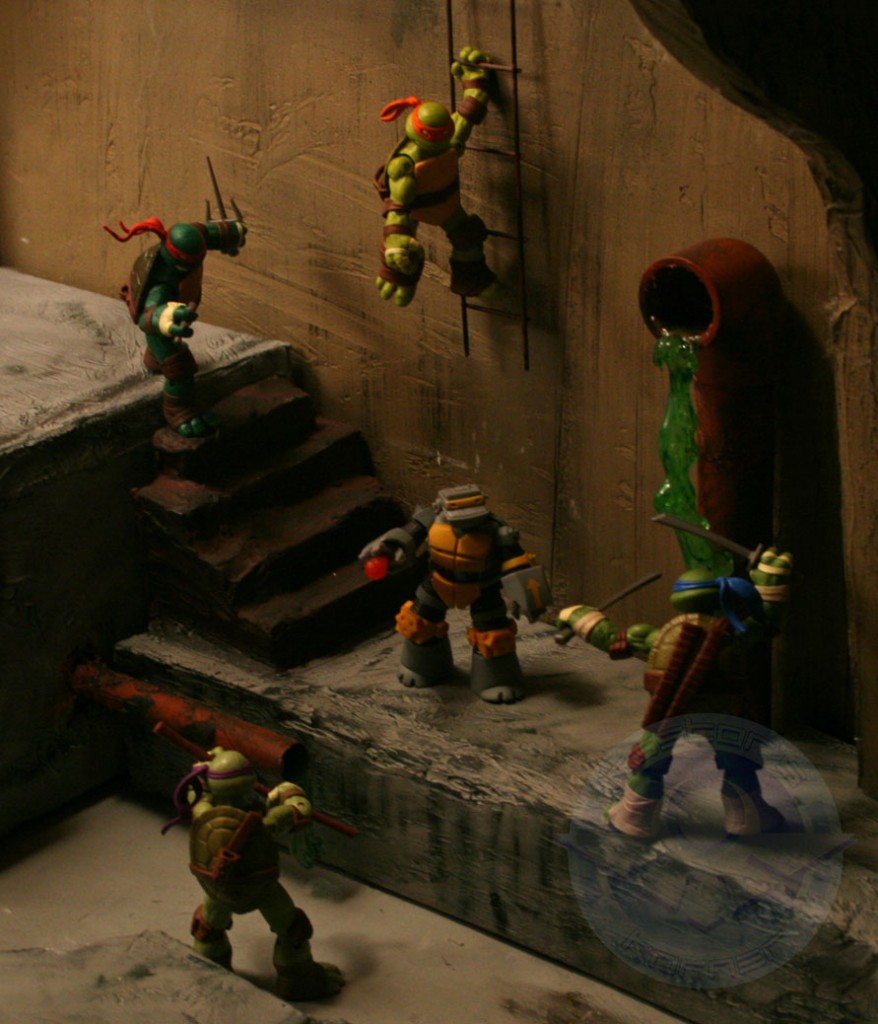