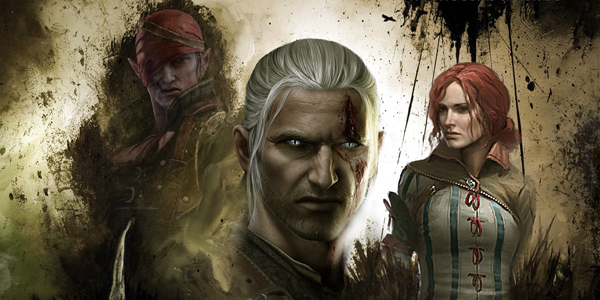 Every so often, a game comes around that’s so intriguing, so deeply immersive, that feels real.  Only through the talent of the most masterful writers, voice actors, designers and developers can this feat be achieved.  The Witcher 2: Assassins of Kings is a shining example of the intense experience a video game can offer.  Immediately upon witnessing the newly-crafted cutscene that opens the title I was hooked and now, dozens of hours into the game, that feeling hasn’t let up.  It pulls no punches and won’t hold your hand – a hardcore gamer’s game through and through – delivering the greatest action/RPG experience I’ve had since the original Mass Effect.

Imprisoned in a Temerian dungeon and charged with regicide, players take control of protagonist Geralt of Rivia, one of few remaining Witchers – monster hunters with supernatural powers.  The prologue of the story unfolds as you physically play through Geralt’s account of the event’s that led him to his present predicament.  It was an extremely effective way to ease players into the story while introducing important characters both new and old.  References to the first game’s events are inserted throughout as well, but this title is self-contained enough that it makes for a perfectly good jumping-on point, even if you haven’t played the original on PC. 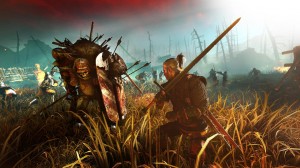 Witcher 2, developed by Polish studio CD Projekt RED, has actually been around for almost a year as a PC exclusive as well, but now Xbox 360 owners are able to get in on the action with a new Enhanced Edition.  An already amazing game to begin with, the Enhanced Edition has been made even better by including several months of tweaks, patches, balancing, and additional content that were gradually rolled out to the PC audience.  Storage chests and an introductory tutorial were helpful additions that were added post-launch, as well as additional missions that flesh out the story in the final act.  As if the game wasn’t challenging enough, a new “Dark” mode was also introduced that punished players with a brutal level of difficulty but included quest items that can only be obtained by braving that mode.  This is the difficulty level I chose to start with and I recommend it to any player that feels themselves up to the challenge as the game further becomes an exercise in strategy, cunning, and patience.  When I say the game doesn’t hold your hand, I mean it – if you’re looking for a title that will put your skills to the test like few games do, The Witcher 2 has you covered. 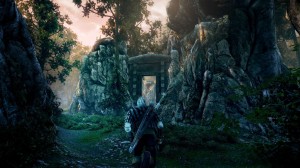 Many fights in the game require you to think ahead and formulate the tactics you will employ to succeed. For example, let’s say I am about to charge into battle against a large group of armed guards.  You will probably want to mix up some potions to give you an advantage, but you can’t just exit to a pause screen and do it during battle (that would be silly!) so you find a safe place to meditate and, using your alchemy skills, mix together potions according to the recipes you’ve bought/found and the raw ingredients you’ve acquired.  Each potion carries with it a specific affect (like temporarily boosting your damage output or allowing you to regenerate health at a quicker rate) but also varying toxicity levels.  Players must determine the right mix of potions (you can ingest up to three at once) without poisoning Geralt.  You may wish to further increase your damage by choosing the sword you wish to use and coating it with a harmful oil extract or equipping bombs that you’ve constructed that can be hurled at foes.  That may sound like a lot of preparation, but it’s that kind of tactical planning that will keep you alive and makes the thrill of victory that much more rewarding. 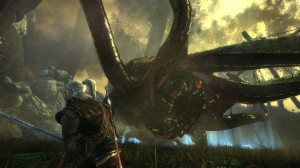 In addition to being able to brew potions and craft weapons, Geralt has some incredible powers at his disposal.  The left bumper will slow down (but not stop) on-screen action to bring up a power wheel from which you can access any ranged weapons in your pockets and your Witcher powers.  The latter are represented by five rune-like symbols.  The Axii sign, for example, is a spell that takes time to cast, but results in temporary mind-control of your target, forcing them to fight on your side while the Yrden sign can be cast instantaneously and drops a magical trap that can ensnare foes to cause damage and slow them down.  Other signs will let you fire elemental blasts from your hands or put up a protective shield – all of which continue to add extra layers of strategy to the impressive combat system as the “vigor” pool used to power the signs does not regenerate quickly enough for players to spam them.  As difficult as the game can be though, and as many times as I’ve met a swift death, I can’t really say I became overly frustrated or felt like throwing in the towel.  Even after getting repeatedly wrecked by the same monster, it never felt like the game was being cheap – it felt like I was being hasty or made a stupid mistake.  Overall, this title’s challenge never turned me off, rather it made me want to become more skillful in my approach.

I’d love to tell you about the narrative, but I won’t go into any specifics aside from what I’ve already revealed about the setting of the prologue – suffice it to say, it’s a wild ride with tons of twists and turns and filled with colorful characters.  Every major character you encounter is so well-written and voiced so convincingly that you hang on their every word.  What’s an even bigger achievement and testament to the writing, though, is that the choices you make throughout the game have real weight.  There’s no clear-cut right or wrong decisions, just various shades of grey that can really make you think (not too long though as some of the dialogue choices you are presented with only give you a couple seconds to answer). Everyone you encounter has a compelling reason to either aid or hinder them and doing so, even in what may seem like a minor instance, can have large, long-lasting ripple effects – so much so that portions of the game play out completely differently depending on whom you align yourself with.  And with 16 different endings, this is the game that Mass Effect 3 could only aspire to be. 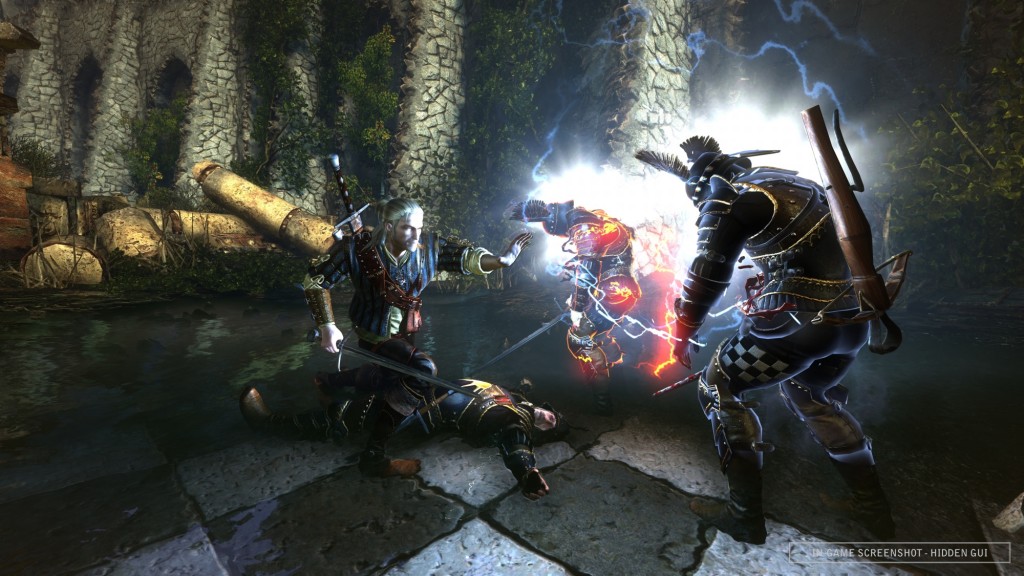 To touch briefly on the visuals, The Witcher 2 is easily one of the best looking games on Xbox 360.  You’d need to look pretty close to notice any noticeable differences between it and its PC counterpart, which is pretty impressive seeing as the Xbox 360 is a six-year-old piece of hardware.  Character models move and animate beautifully, the lighting effects are as realistic as they come, and textures look incredible.  As great as the game looks, it excels equally in the audio department, featuring a brilliant score, solid sound effects, and some seriously awesome voice acting.  Even the controls are nearly perfect, adapted seamlessly from the keyboard and mouse setup.  My only complaint with the control setup is that clicking in on the left stick causes Geralt to use his medallion.  This causes the character to stand still for a moment while he grasps his wolf pendant and scans the area for collectible items.  The problem is that, from time to time in the heat of battle, it’s not difficult to accidentally push down on the stick – leading to Geralt stopping and possibly getting hit by whatever you’re fighting.  I would have rather seen this feature assigned to the D-Pad. 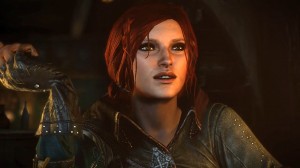 All in all, The Witcher 2: Assassins of Kings is a very well presented, very adult (this game really pushes the “M” rating), and very engrossing experience that deserves a spot amogst the greatest RPG’s of all time.  If the 50+ hours of content (per playthrough) don’t already give you your money’s worth with this one, the Enhanced Edition, which retails for the same price as a standard title, contains the official soundtrack, a double-sided fold-out map, a manual that’s actually useful, and a 90-page strategy guide for every quest in the game.  The whole thing then comes in a slipcase featuring some exquisite box art.  In my opinion, that’s incredibly cool and something that WB Games in no way had to spring for.  These added items that come standard with the game really drive the point home that The Witcher 2 is something special – a labor of love that the developers truly stand behind and one they really want to be enjoyed by gamers.  It’s a monumental achievement that CD Projekt RED should be proud of and that every gamer owes it to themselves to check out.