There’s A Lot To Love In The New Skyfall Trailer 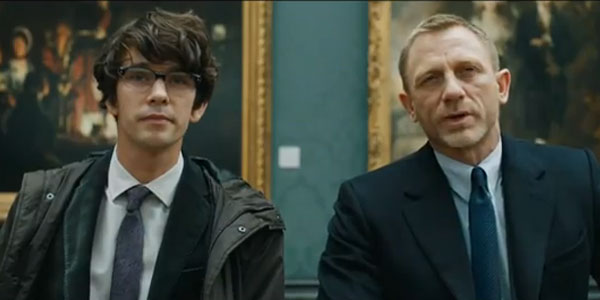 Hot on the heels of the TV spot from the opening ceremony of the Olympics, the latest Bond movie gets a full theatrical trailer, and we get our best look at Skyfall thus far.

I’m really digging this trailer for Bond’s latest outing, even moreso than the previous footage we’ve seen. It looks like this movie will tie the incredible action of Quantum of Solace with the much meatier story and character work that made Casino Royale as awesome as it was.  Skyfall will be a movie independent of those two films, but despite its lack of solid continuity it’s looking like this movie may cause more than a few ripples in the Bond universe (especially if the rumors of M’s death– heavily foreshadowed in this trailer– turn out not to be misinformation).

In any event, Craig looks awesome as the older and more grizzled Bond, and we’re treated to some phenomenal one-liners already, in that classic “sounds cooler than it has any right to” way that only the best Bonds can pull off.  We also get our first solid introduction to Ben Whishaw’s Q, and truth be told I’m already pretty sold on the hipster/ techie reboot of Bond’s invention guy.

Equally promising is Javier Bardem as the new villain Silva. Bardem is a great actor, and one that I’m really hoping finally provides an adversary with the gravitas needed to go toe-to-toe with Craig’s Bond.  So far, so good… and No Country For Old Men taught us long ago that Bardem can still be a menacing force even when his hair looks ridiculous.