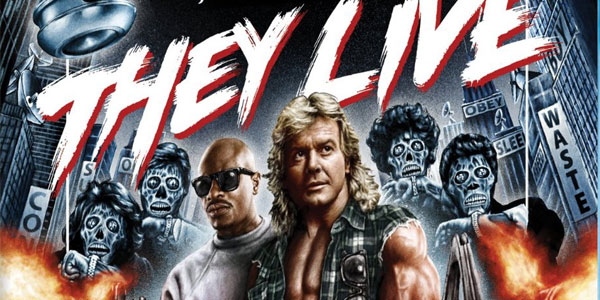 I love They Live.  It’s one of the few movies that feels purely 80’s, but also remains completely relevant in the modern day.  This was John Carpenter at his prime, and so much of this movie, from the “OBEY” signs to the weird, skull-faced aliens, to Rowdy Roddy Piper’s badass performance are burned into the brains of many horror geeks like me.  One mention of They Live is all it takes to put a big smile on my face.

Scream Factory, the horror-themed spinoff of Shout! Factory, is releasing a special edition of They Live on Blu Ray and DVD, and from the look of things, this new version of the home release is worthy of Carpenter’s classic, packed with tons of cool new features and the most kick-ass box art I have seen on a Blu in a long while.

What’s even better is the release date– Scream will drop this bad boy on Election Day, November 6th, which is the perfect day to get out and vote, and then revisit this classic to remind yourself how screwed we all are.

The truth is more than meets the eye. You’ve been listening to their speeches and watching them on TV. They influence our decisions without us knowing it. Think again and the choice is yours! On November 6, 2012, SCREAM FACTORY™ presents John Carpenter’s politically-charged science fiction thriller THEY LIVE Collector’s Edition Blu-ray and DVD. Featuring anamorphic widescreen presentation of this cult classic movie, this special collector’s edition home entertainment release of THEY LIVE boasts a bounty of special bonus content, a collectible cover featuring newly rendered retro-style artwork, a reversible wrap with original theatrical key art and much more! THEY LIVE Collector’s Edition Blu-ray has a suggested retail price of $29.93 and $19.93 for the DVD. Fans and collector’s can pre-order now at ShoutFactory.com and Amazon.com.

Audio Commentary with Writer/Director John Carpenter and Actor Roddy Piper
Independent Thoughts – An interview with Writer/Director John Carpenter
Man vs. Aliens – An interview with Actor Keith David
Woman of Mystery – An interview with Actress Meg Foster
Watch, Look, Listen: The Sights & Sounds of “They Live” – A look at the visual style, stunts and music from the film with Director of Photography Gary B. Kibbe, Stunt Coordinator Jeff Imada, and Co-Composer Alan Howarth
2012 Cast Reunion Q&A with Roddy Piper, Keith David, and Meg Foster. Presented by Ain’t It Cool News and Texas Frightmare Weekend.
Original EPK: The Making of “They Live”
Never-Before-Seen Footage from the Commercials created for the film.
Original Theatrical Trailer
TV Spots
Still Gallery 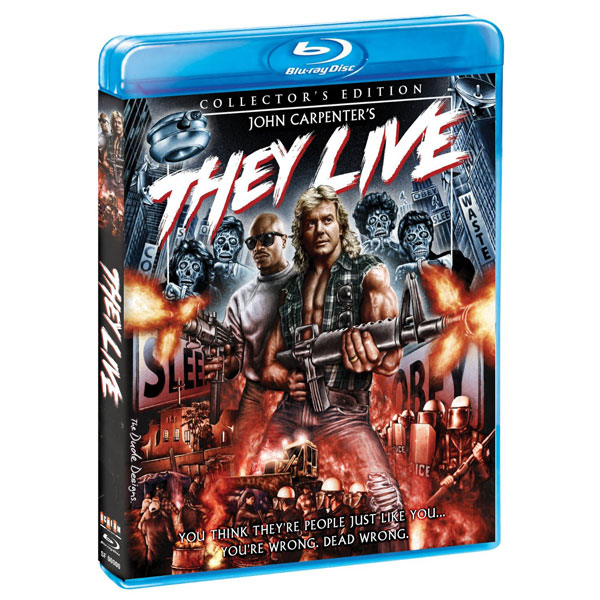 I can’t wait to check this out.