Thor The Dark World Gets A New TV Spot 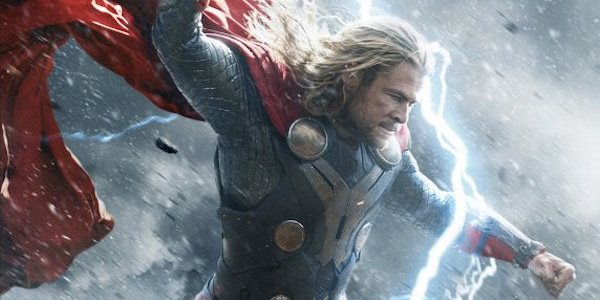 Did you see the new Thor The Dark World trailer during Agents of S.H.I.E.L.D.? Now you can watch it online!

ABC’s premiere episode of Agents of S.H.I.E.L.D. was pretty good, as we all hoped.  Obviously, it had a lot going for it… the pedigree of Marvel’s movies, Joss Whedon, the return of Agent Coulson… and an all new Thor The Dark World TV spot, to top it all off.

The new trailer is pretty cool, with lots of new material for Natalie Portman’s Jane Foster (who looks to have a way more active role this time out).  But what’s most exciting about this new spot is its positioning during the S.H.I.E.L.D. show.  Obviously the ABC series will be used to continue world-building this ever expanding Marvel Universe, but it’s probably going to be a promotional springboard for upcoming Marvel movie projects, even during the commercial breaks.  It’s such a comprehensive, all-fronts approach to a franchise I can’t help but look forward to what’s next… even during the commercial breaks.