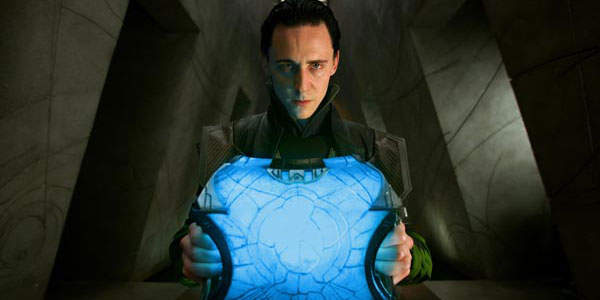 Saving my favorite character for last, Tom Hiddleston plays Thor’s sinister brother Loki who really stole the show in the movie. I talked with Hiddleston about why he feels Loki is more conflicted than evil, how he got into the character and more… read the full interview!

Bill: We’re here with Tom Hiddleston, who plays our main villain, and one of the coolest characters in Thor, which comes out this Friday!

Bill: Your character Loki is definitely one of the more interesting in the comic book lore and also the movie now. One thing that was cool is, the way you played him, there was a sort of sadness to him. Loki’s a villain, but he’s a really sympathetic villain. That sadness wasn’t always part of the character, was that something you brought to the role?

Tom: It’s interesting you say that, because in all the runs of the comics that I read, initially there’s this horned man in kind of fishy scales cackling on the rooftops, so I knew I wanted to get that side of him in there. But the more research I did, the more I realized in all the stories that Stan Lee and Jack Kirby and J. Michael Strazynski and the comic book writers developed, Loki has a damage in him. Ultimately all his motivations– his credentials as a bad guy– come from a psychological complexity, a sense of being cast out in the cold. He doesn’t know who he is, in relation to his family. His brotherhood with Thor is something that’s quite interesting. I think he’s jealous and angry, lost and alone, confused and betrayed, and lied to, and Kenneth Branagh and I thought that was an interesting hook on which to hang all of his “bad guy” stuff.

Bill: What do you think would be his biggest issue? Because Loki has got several!

Tom: (laughs) Yea, Loki needs a lot of Prozac and a lot of therapy I think.

Tom: I think everyone on this planet, to a certain extent, wants to make their Mom and Dad proud, and I think with Loki– that’s a very interesting question, because– I don’t want to give too much away to people who haven’t seen the movie yet, but the parenting question with Loki is interesting.

Also, i think he’s jealous of his brother, he’s kind of second banana. He wishes that he was the one who was going to inherit the throne, and wishes he was going to be king, but he’s not– he’s second fiddle and always will be. The jealousy within him is then expanded when he learns a couple of hard truths about who he really is. It’s a Hell of a chicken soup, those issues there.

Bill: Loki seems to not appreciate what’s really cool about the character, too– whereas all the other Asgardians in the movie have these huge weapons and huge muscles and stuff, Loki doesn’t really carry a weapon typically, and what’s awesome is he uses his mind as the weapon…

Tom: Yeah, he’s fierce, that’s what I loved about the character. He’s someone with such a fierce intelligence, and a master of magic. If it all went well for Loki, he would be the most amazing right hand man for Thor, constantly out-thinking everybody, a brilliant and beautiful tactician. Unfortunately, the fierceness of his intelligence is coupled with his heartache and pain. He’s not someone you want to get on the wrong side of, basically, and Thor does, so cue a cosmic explosion!