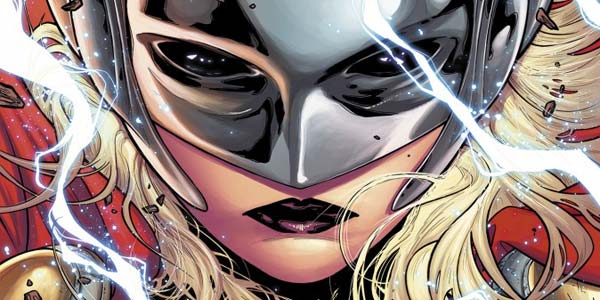 Or, why Marvel’s decision to change the Thunder Gods’ gender is probably a good move, overall.

“The inscription on Thor’s hammer reads ‘Whosoever holds this hammer, if HE be worthy, shall possess the power of Thor.’ Well it’s time to update that inscription.  The new Thor continues Marvel’s proud tradition of strong female characters like Captain Marvel, Storm, Black Widow and more. And this new Thor isn’t a temporary female substitute – she’s now the one and only Thor, and she is worthy!”

Yesterday, Marvel made the big announcement– in October, they will be introducing a new, female Thor, God of Thunder.  And from what the new series creators Jason Aaron and Russell Dauterman have promised, this will be the ONLY Thor in the Marvel Universe… and will serve as the eighth monthly book from Marvel featuring a female lead.  That number is still comparatively low, considering Marvel’s overall output, but we’re inching closer to equal representation, which is a great, really exciting thing.

And the concept that we may soon have an African American Captain America and a female Thor is not only a welcome change from the white, male status quo… it might just be informing us of what direction the Marvel movies will go when/if Chris Evans and Chris Hemsworth step down.  That’s also an exciting thing!

But as for the new Thor herself?  In theory, I’m stoked… in reality, I think it’s too early to tell.  The “Hero Swap” is one of the oldest chestnuts in comics, a story line as contrived as they come.  Some creators have managed to turn lead into gold, delivering smart, logical and thematically satisfying hero swap stories that feel earned instead of forced, while offering a new perspective on our iconic heroes.

If you look back, most of the best hero swap stories have seen an established character picking up the mantle of the hero.  Wally West’s Flash, Bucky Barnes’ Captain America and Otto Octavius’ Superior Spider-Man all come to mind as great hero swap stories which worked, in a big way, because of our prior investment in the new character assuming an iconic identity.  Marvel has said the new Thor is an all new character, which feels like a much riskier choice.  That could be misdirection, so as not to spoil a surprise– Marvel did, after all, buy Neil Gaiman’s Angela and make her one of Thor’s siblings, so could she be this new Thor?  Or Valkyrie or Lady Sif– two worthy warriors who have fought for Asgard time and time again?  Having one of the original Thor’s allies pick up the hammer would be a nice compliment to Captain America, who apparently is getting ready to be succeeded by his long-time partner Sam Wilson, the Falcon.

Either way, one thing is obvious (so obvious I’m not sure I want to waste the time writing it)… this Thor will not be the definitive version forever.  Hero swaps are always temporary, but when used to their full potential, they can springboard an interesting new or supporting character into the mainstream, expanding the comic universe and launching a new hero on their path toward becoming a household name.  It worked for The Winter Soldier, and I truly think it can work here again, as long as Aaron and Dauterman bring their A-game to the book.

Good, bad, however this turns out, I know one thing for sure– I can’t think of another comic I’m more interested in checking out this October. 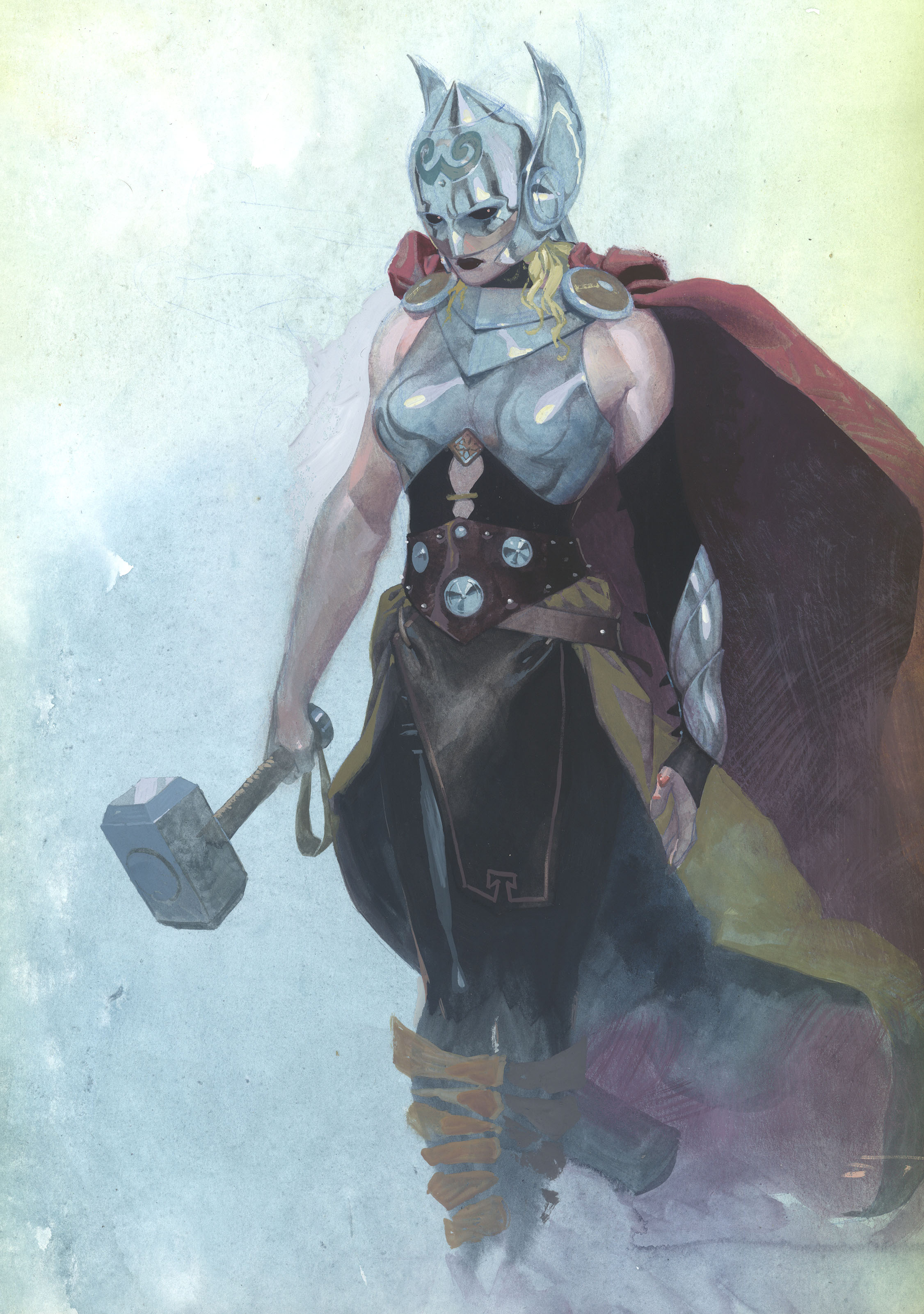 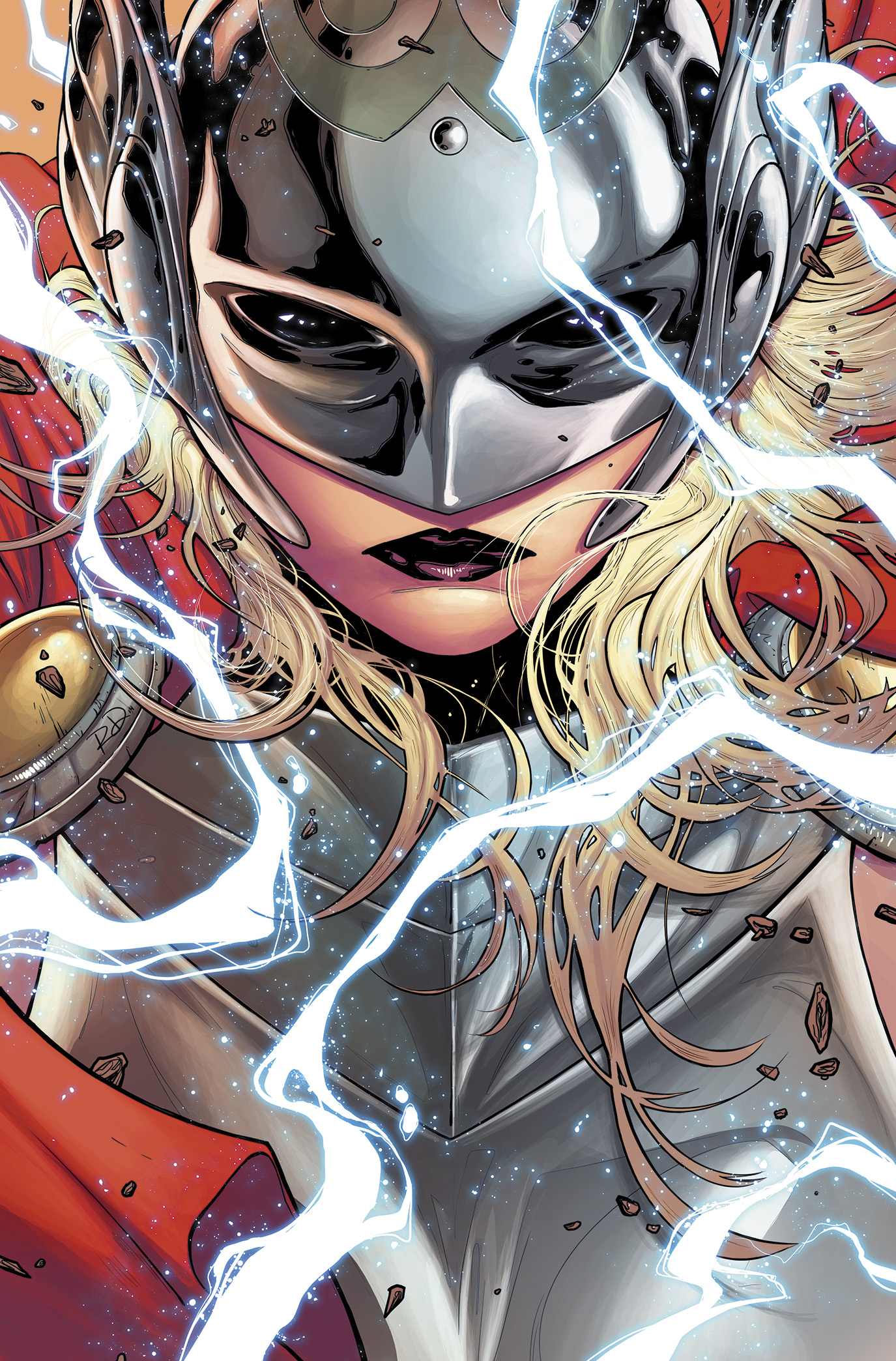