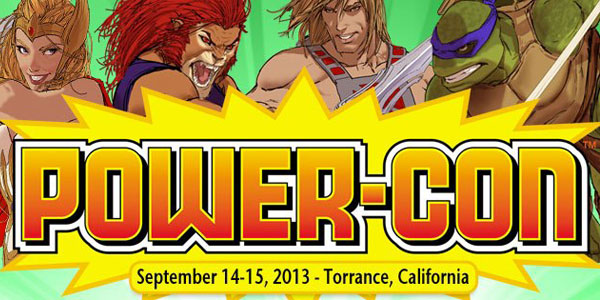 Power-Con came and went with all of my childhood favorites contained in one building. While I was unable to attend this year, the Masters of the Universe Classics showings was among the finest I have ever seen. A new segment of the MOTU family was introduced, a long-awaited fan-favorite reared her evil head, and King Grayskull finally has his steed! 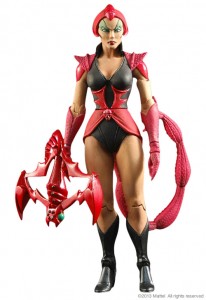 Scorpia’s tail was first teased at San Diego Comic Con, and now she is presented in all her glory! This figure needs to become the template by which all Filmation figures should be sculpted. She is slavishly accurate to her cartoon design, but has all the extra details that make her chitin-looking features all the more organic. Her claws and tail are bumpy and very insectoid. Her face is an easy contender for strongest female sculpt in the line. Give Filmation their due– their women were pretty but unique in their appearance. The high-arched eyebrows, the crazy eye make-up, and the fantastic mixes of matte and glossy red paints breathe life into this otherwise one-tone color scheme from the series. If I had two suggestions, I would say that her crossbow needed some small legs. It would have been unique, given her status as a equipment operator (notably her characteristic tank), to have her already beautiful crossbow double as a robot scorpion drone. Secondly, I wish her tail had two hinge joints– at the base ad the midway point. Since we can’t trust Design to translate these figures successfully, she is better left alone, sad to say. Seriously though, May can’t come fast enough!

Speaking of May, Battle Lion was unveiled as the 200x entry and filling the beast slot. Many folks were expecting Evilseed and Stridor to full those slots, and so were nonplussed to see this creature here. Once the initial disappointment sets in, what remains is a fantastic opportunity for those of us variant hunters out there. Having four subs of my own, I typically break them down as follows: one MIB, and two open (in case of variants). Besides having King Grayskull’s steed here at last, it has been said his armor will be removable and capable of being placed on Battle Cat’s body!  The saddle even has a slot to accommodate the longer loincloths!  This lends to fantastic customization, perfect for any fan’s 200X display! The Lion head and tail are new and fantastically sculpted. It remains to be see if Clawdeen will make use of these parts, saber-toothed or otherwise.

Lastly comes April’s figure, Blade from the He-Man live action movie. Taking a huge departure from the original toy, the figure is much more movie-accurate, including two swords (utilizing the vintage toy deco on one of them) and his laser whip. Having seen the movie only once, I didn’t understand the proclamations of joy about the laser whip. Well, as it turns out, this was his weapon of choice to flog He-Man. Pretty fantastic thing to include, Horsemen! Outside of that, the silver chain mail and razor armor looked absolutely astounding, but sadly will be dulled up prior to release. It’s certainly new territory to work a movie character into a cartoon-oriented line, but they did it masterfully. I do have my worries about how this incredible sculpt will be translated into a toy, but it is a cautious optimism.

Such attention to detail was given to these three reveals. The lion looks imposing and a beautiful companion piece to King Grayskull. Scorpia was a Filmation character brought into the toy line in a meaningful way we haven’t seen yet, with all the bumps, claws, and overall ornate, higher level design work usually reserved for the vintage-inspired figures. Blade’s figure fits in beautifully, so in case the other movie figures can’t flesh out my display, he can proudly stand alongside Skeletor’s other Evil Warriors. This mix reminds me of the line of old, peppering in all factions and showing the fans that they can all fit together. More than that, it’s a special treat to see Mattel invest in so much unique tooling in these three releases. This is a trend that needs to continue, and brings a much-needed shot in the arm to a line that appears to be on the decline. Well-done, everyone at Mattel! 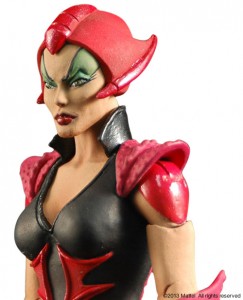 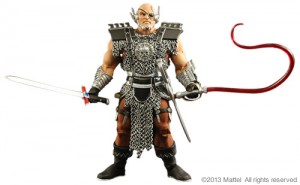 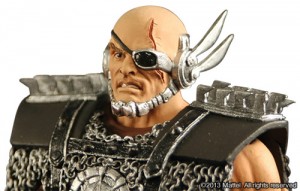 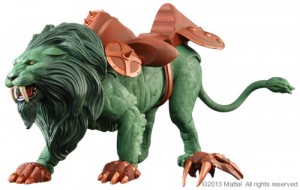 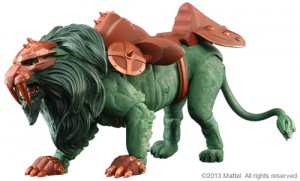 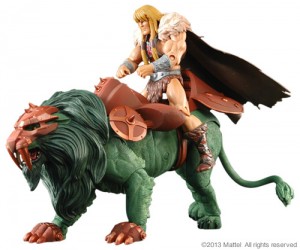 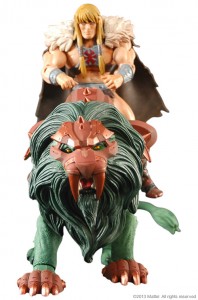 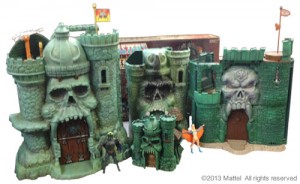 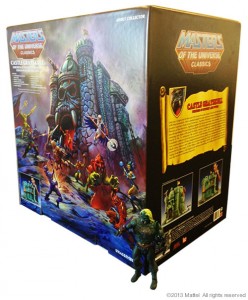 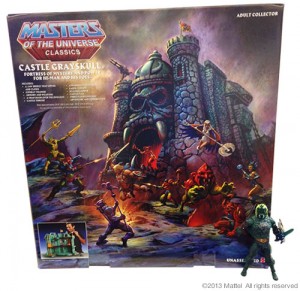 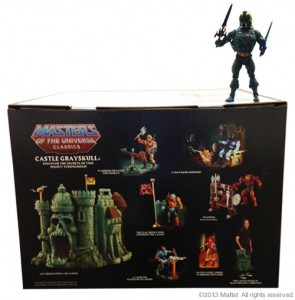 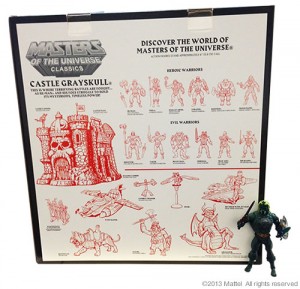