Thoughts on MOTUC Rotar and Twistoid 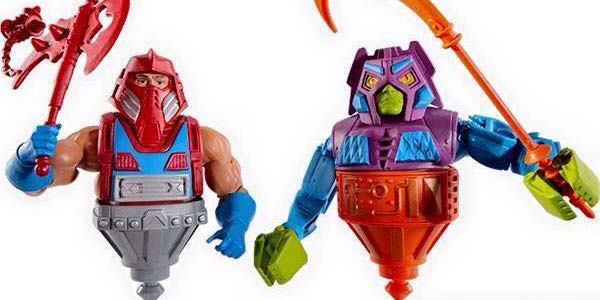 Two new Masters of the Universe are coming to Comic Con this summer.  Are they the right choices?

MattyCollector revealed their San Diego Comic Con 2015 Masters of the Universe Classics characters.  Rotar and Twistoid finally come spinning into battle, with bonus Emiliano Santalucia-inspired lower legs to give them a fun bonus display option. Once again, budget rears its ugly head, and what we are given could have been better executed. Given the extra pieces are optional, however, that can’t really detract from the fact that the two tops are actually making it into the collection. 2015 is giving us one exciting addition after another, and this is no exception. While only a couple of pictures are present and few details were provided, let’s dissect what we’ve been shown thus far.

First off, I am surprised they were the SDCC 2015 convention exclusives. You would think given the heightened exposure of the event, coupled with Rotar and Twistoid’s D-list status, Mattel would have sent in their big guns He-Man and Skeletor to the show. Seeing as how 2016 could be a jumping on point for people just getting exposed to the property, the main characters front and center would have been a great way to get folks’ eyes on the brand. In my opinion, Flying Fists He-Man and Terror Claws Skeletor would have been more successful choices: both as two toys to check off the 2015 wrap-up, as well as having the name recognition to get curious eyes on Classics, where Mattel can better inform potential new costumers about the 2016 rebranding.

Rotar and Twistoid come packaged with brand-new upper torsos, standard MOTUC articulated arms, and I think a movable neck, too. Each have a colorful over-the-top melee weapon (Rotar’s hatchet/morning star and Twistoid’s scythe) and two sets of lower body pieces to pick from: the vintage top and inventive lower legs. The vintage toys’ torsos were quite broad, so I will comment that the Ram Man buck would have been great to see/use here. What we were given here is great though. It will be really interesting to see if Mattel had the foresight to give San Diego visitors something special as they have done in years past. As something that works in Rotar and Twistoid’s favor, I can see San Diego versions being packaged in their visually-preferred “top” configuration, while MattyCollectors can purchase them in their “humanoid” style in-box after the show. This would be another shrewd move on Mattel’s part, prompting multiple purchases for variant collectors while not catering to show-goers by giving them something unattainable for those unable to attend. This was done with Vykron and Queen Marlena, and had to work with better success than if there were no differences in package.

With everything they come with, a few things were not pictured. Whether they aren’t pictured or they were not included to cover the cost of new tooling and the action feature is anybody’s guess right now. Currently, both characters are missing their top point attachment weapons and top display base. Rotar had his long, horizontal, geared weapon to clash with Twistoid and his dual-axe/buzzsaw device. I do worry that with all the new tooling, this did not make the cut. If the new legs meant they lost their vintage pieces, I will have to lament that the vintage accessories had all they needed to stand on their own, but I won’t borrow trouble. Also, with the variety of legs that have been produced in this line, the ones selected for them was a gross misfire, Twistoid especially. Facebook users have already photoshopped better choices, with the Horde Trooper/Blast-Attak/Mosquitor combo for Twistoid being a particular favorite of mine. It perfectly complements the upper body’s geometric design in a way the Trap jaw legs don’t. Using Trap Jaw legs at this point in the line is both unacceptable and may run the risk of being placed in the parts drawer. The legs are really a bonus and a fun new idea, but this could have been achieved in a more meaningful and creative way. This buck reuse system depends on this to success, so the lack of originality is disappointing to say the least. Also, seeing as how the lower half needs to be swappable, this reinforces the much-requested idea that robots should have been part-swappable by default. This fun (and currently popular) play pattern was really missed here.  I will say though, the legs aren’t particularly essential, and if the saved tooling was redirected to the astounding new pieces we received, then I am happy. Those new Twistoid arms are perfect for a future Artilla action figure. It’s a shame the legs couldn’t follow suit.

As a fan of the vintage collection, these two characters were nothing more than a novelty, grasping at any boy toy play pattern to maintain relevancy in the 80’s market during its inevitable decline. Along with the Meteorbs, many wondered if Rotar and Twistoid even had a place in the Masters of the Universe Classics collection. With the buck reuse system, many worried how they would even fit or be budgeted into the line. Thanks to the vision of Emiliano Santalucia, Mattel was given a way to make this collection feel just a little more complete. Mattel’s San Diego Comic Con figures have been consistently giving us a reason to rip them out of the box. While everything else stayed packaged in my hotel room, Orko would turn invisible, the Rock Warriors would transform, and Queen Marlena would suit up for action as Captain Glenn. From the looks of it, these two fantastic and fun figures will be no exception. 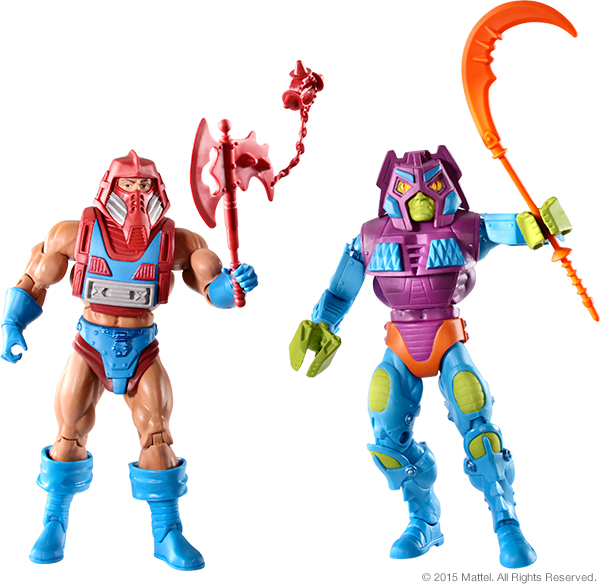 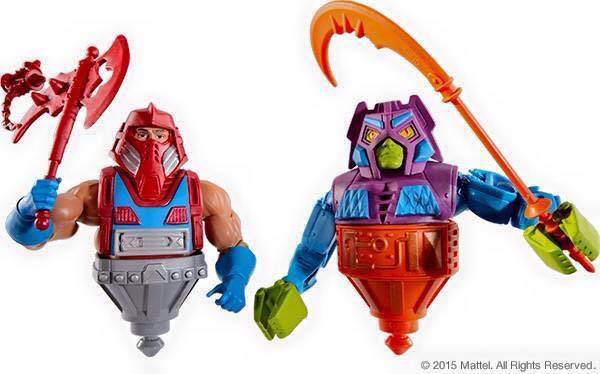