Everyone’s favorite “Watcher on the Wall”, Game of Thrones’ Jon Snow, is making his Threezero figure debut, following in the steps of the previously released Eddard and Tyrion.

With great attention to detail, the figure stands at 11.4″ tall, complete with replicated clothing, extra hands, his sword and dirk, and belt with scabbards for his weapon. The collectible has a strikingly realistic appearance when compared to its on screen character.

Pre-order for Jon Snow will begin on Friday, May 15th, 9am HKT, at Threezero’s online store. The figure will also be available at a later date, at the HBO Shop and select retailers.

The third 1/6th scale collectible figure from Threezero featuring characters from the hit HBO® series Game of Thrones will be available for pre-order this month. The Jon Snow figure is fully- articulated and highly detailed, with tailored fabric clothing, standing at 11.4″ tall. Pre-order for this figure will begin on Friday, May 15th 09:00am HKT (Previous day at 9:00pm EDT) at Threezero’s online store (http://www.threezerostore.com). SRP for Jon Snow is $160. Wholesale pre-orders can be placed on the same day with Threezero directly. This figure will also be available at a later date via the HBO Shop (http://store.hbo.com) and select retailers. An exclusive Jon Snow and Ghost 2-pack set will be available exclusively through Threezero directly with an SRP of $190. 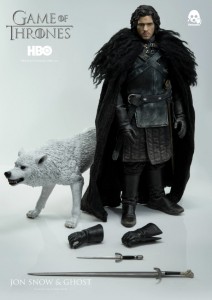 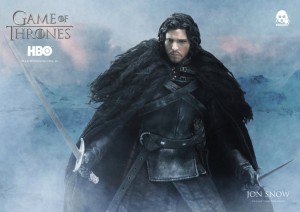 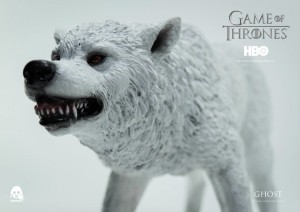 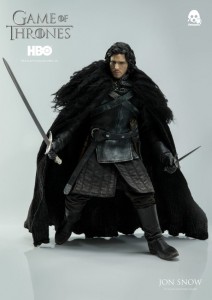 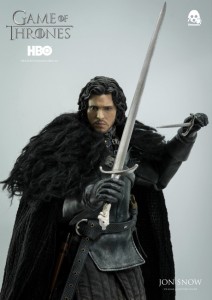 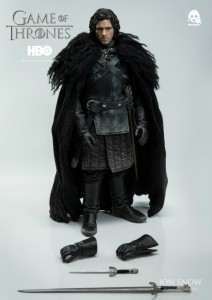 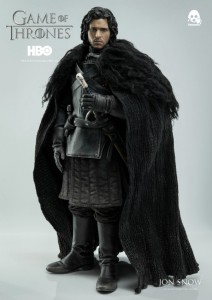 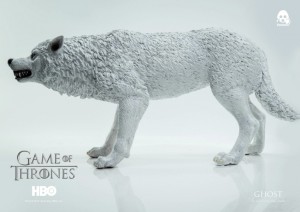 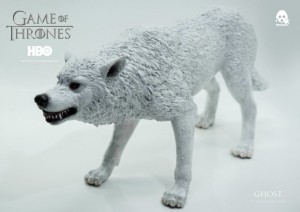 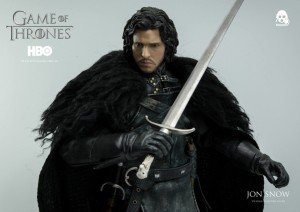 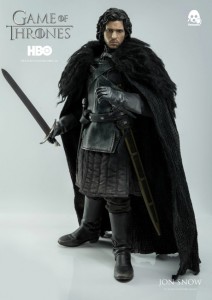 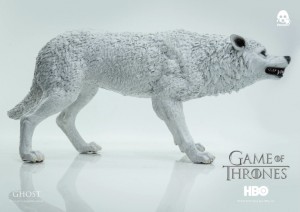 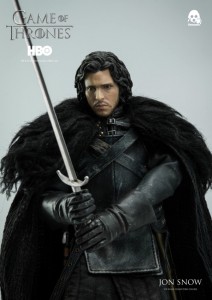 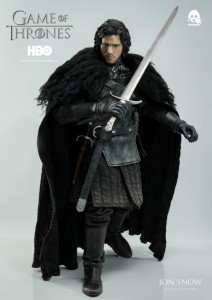 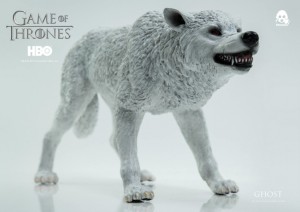 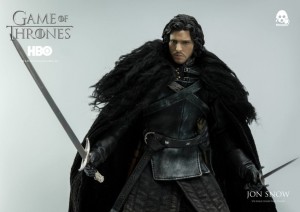 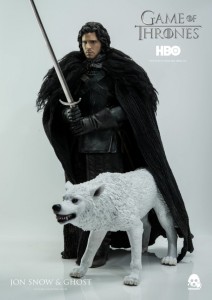 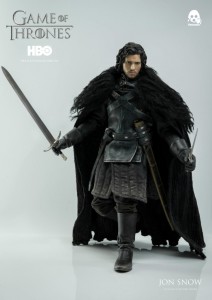 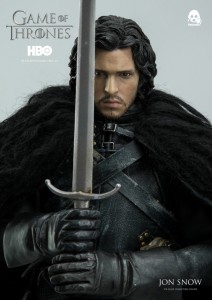 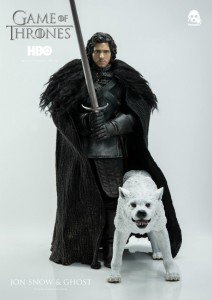 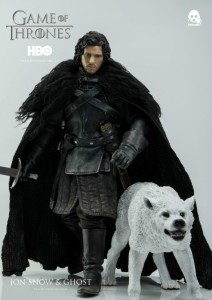 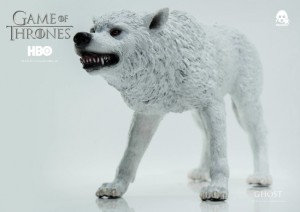 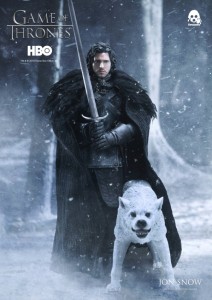 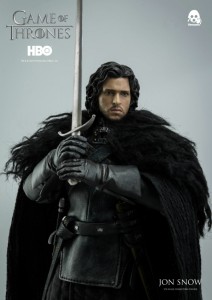 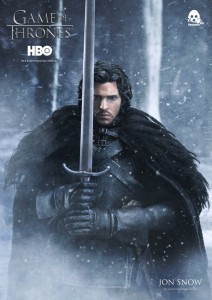 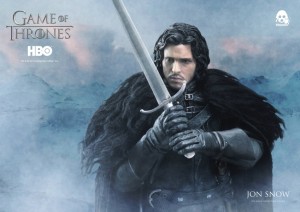 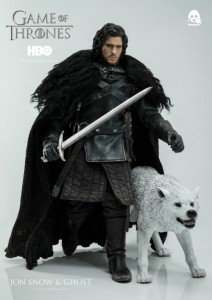 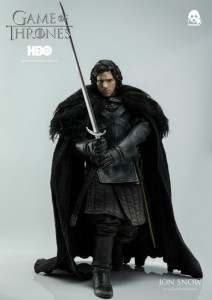 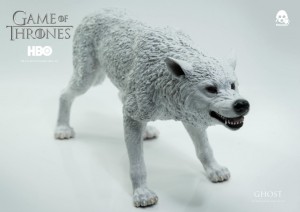 Jon Snow is the illegitimate son of the late Lord Eddard Stark and was raised in Winterfell with his true-born half-siblings. Jon Snow took an oath to join the Night’s Watch and serve on The Wall to protect the realm of men from the White Walkers and Wildlings beyond the wall. It is here that he finds acceptance where the circumstances of his birth are of little importance. This collectible is in actual 1/6th scale and bears a realistic likeness to the character’s on-screen appearance. Great attention to detail has been applied in the construction of the clothing to replicate proper 1/6th scale counterparts to the Emmy® Award-winning costuming seen in Game of Thrones. Te Jon Snow figure comes with an extra pair of hands, his sword, “Longclaw,” and dirk, and belt with scabbards for his weapons. An exclusive Jon Snow and Ghost 2-pack set will be available exclusively through Threezero directly. The deluxe 2-pack set will include the standard Jon Snow collectible figure as well as a 1/6th scale resin statue of Ghost, Jon’s direwolf companion.