The Thunderbolts Are Here! 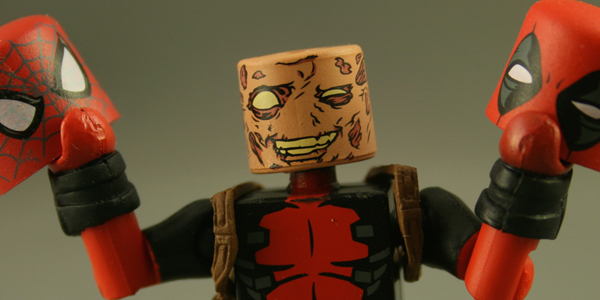 Diamond Select Toys have put out some great Minimates box sets, and the Thunderbolts might be one of the their top five.

One of the best parts of getting into the Minimates game late is getting sets at a discount, or finding better versions of old characters. It helps to off set the cost in tracking down some of the figures, and it’s always fun to get more figures. 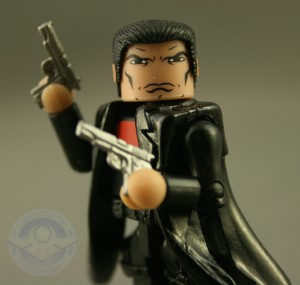 The Thunderbolts set offers updates to all four of the characters, with only minor changes to the looks. Electra gets a new set of gloved hands, and an extra hair pice so she can be displayed with or without her bandana. There are are only minor changes from the previous version (hands, hair, and expression) giving fans an iconic look for the assassin, without having to track down the one that came with an army builder a few years ago. The Red Hulk is massive, using the add on parts that the recent Hulk figures have been using. Also under all those parts are a General Ross body. Add the extra head and you have a pre-transformed version of the Ross. The fun part is you can pose him in mid-transformtion or a full on Red Hulk with a Ross head.

The Punisher is one of the best in the set, coming with alternate looks and lots of weapons. With all the extra weapons in the set its not clear who gets what, but really the Punisher can use what ever he wants. This version gives fans the option to display him either as a member of the team, or as a classic white skulled version. His trench coat is removable but the arms use a glossier deco so it looks slightly off without the coat.

The final figure of the set, and my favorite, is Deadpool. I have the version from the Marvel Capcom set, but this one is just so much more fun. He comes with a removable mask, revealing a scared head with a smirk. It gives you the option to play with helmets and masks when posing him, recreating the goofiness of the character in Minimate form. The deco and details also help make this red and black figure standout in the set.

Overall this is a solid set, updating some older characters and has a good deal of display options. It is also full of weapons and extras, making it one set not to skip. 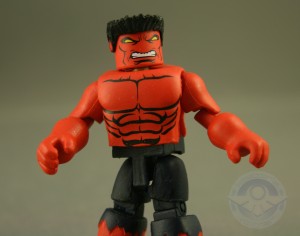 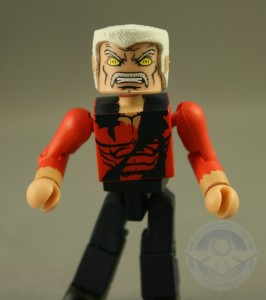 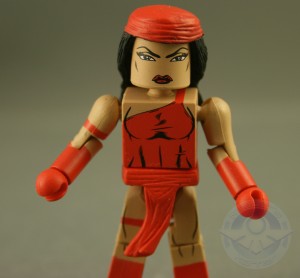 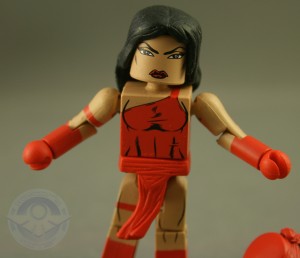 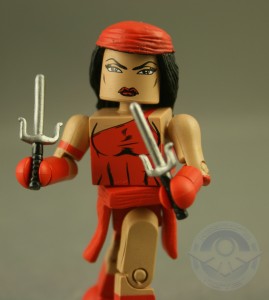 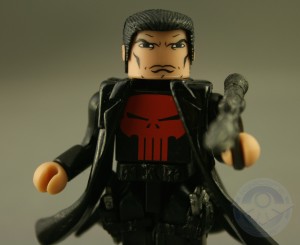 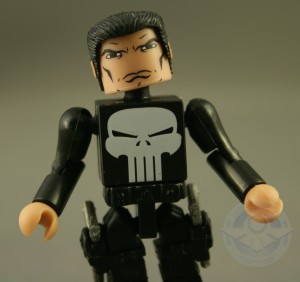 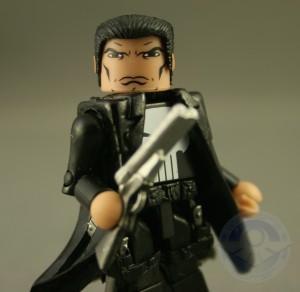 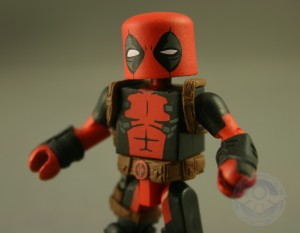 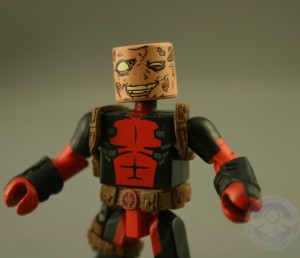 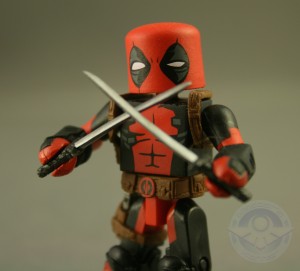 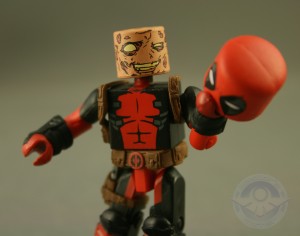 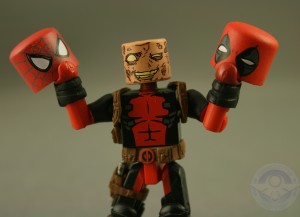 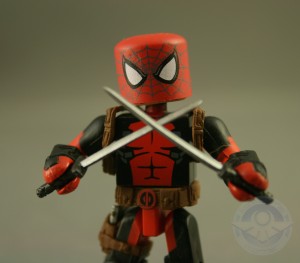 The Thunderbolts set is in stock now at Mike’s Comics N Stuff… Click Here to order yours!