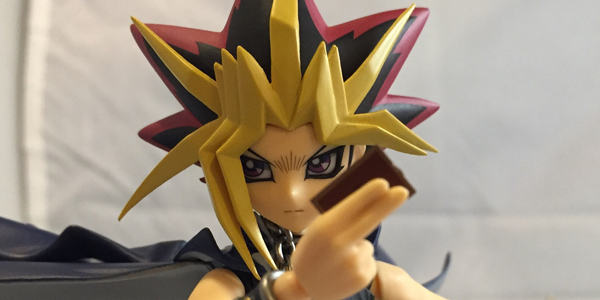 Another popular Japanese property is celebrating a milestone this year. Yu-Gi-Oh! is celebrating it’s 20th anniversary and Figma gave us the best present. 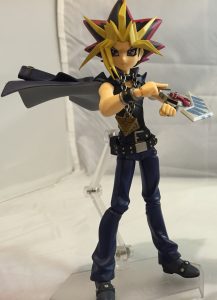 Yugi was released by two distributors this month. Revoltech released a version of the King of Games but I felt paled in caparison to the Figma version. Figma did not hold back on their execution of this action figure. From the accessories, to the face plates, and the iconic cape like jacket this was a definite home run.

Yugi is packaged with an extra face plate, two sets of eyes, a single card, a fanned hand of cards, an arm attachment with his duel disk, multiple hands, jacket, and his Millennium Puzzle. Now I will say I did have a hard time putting the duel disk arm on Yugi, but it is essential to the figure and the time taken was worth it.

As a fan of the show and the spin-offs, I was very excited to have this in hand and to pose him in all the ways I saw in the show. Posing the figure was not my issue. Fitting the figure onto the stand was my issue. The peg hole on the jacket to help support the figure did not seem to match the two pegs that came with the stand. This was frustrating as it took multiple attempts to pose the figure.

Paint applications on this figure is flawless! The details on the face, eyes, hair, and cards are hands down some of the best I have seen on an import figure, The swapping of the hands were easy, as was the face plates and eyes.

This figure in my opinion is a huge win for the Figma company. Fans of the show will enjoy this and even if you are not a fan this is a beautiful piece to have on your shelf. This item on the secondary market will run you about $50-$60 before shipping. 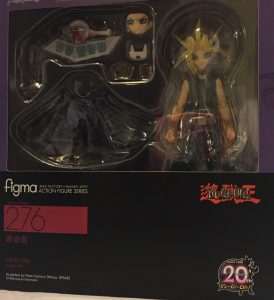 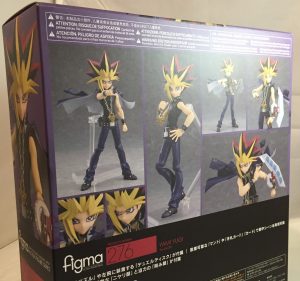 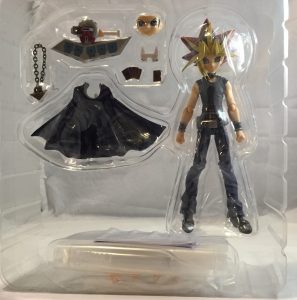 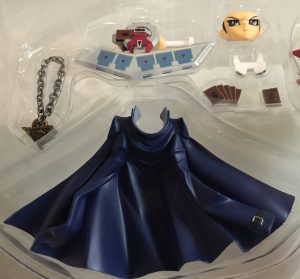 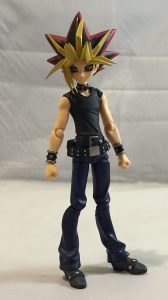 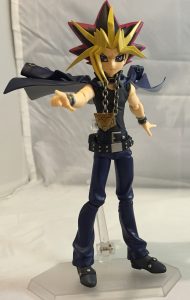 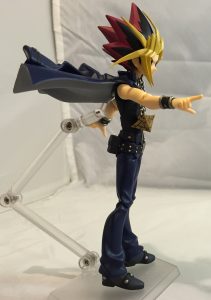 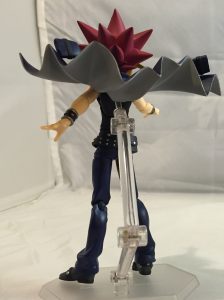 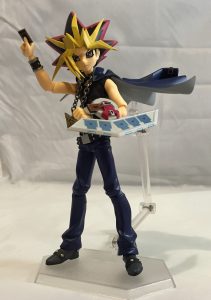 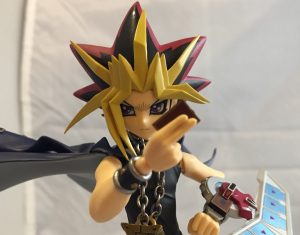