Once Upon a Time at Comic Con (Season 4 Preview) 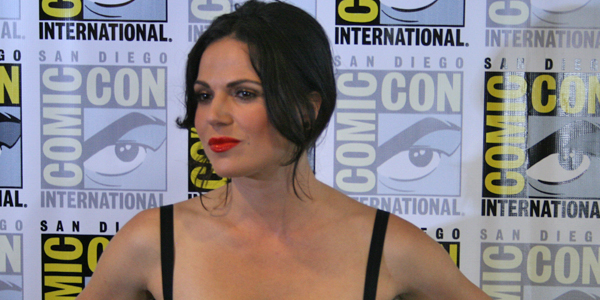 The cast of Once Upon a Time sat down at SDCC to talk a little bit about Season 4 and the inclusion of Frozen into Storybrooke.

Sitting down with some of the cast we got to hear a little bit about season 4 of the ABC series. We only had time to talk with Lana Parrilla and Jared Gilmore at the press round tables. They gave us some details on how Frozen will impact the series and details on the SDCC footage shown at the panel.

What is coming up for Henry in season 4?

Well as revealed earlier he is going to be getting to spend some more time with Mr. Gold which I think is very interesting because Robert Carlyle is an amazing actor, and it’ll be amazing working with him. 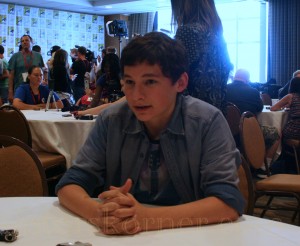 How is Henry going to deal with growing up as a character?

I think Henry is a pretty grounded kid. He has been his entire life. I think he has his huge family to help him through this rough time in his life.

Of course I want him to fall into the good side of the tree, but it was super fun playing Pan for those couple of episodes. It was so fun being evil, so it would also be interesting if you got to see Henry be evil again.

So far we’ve only filmed a couple of episodes, and no not really, so I think it will be very interesting to see Henry interact with the frozen people.

Where is Henry in his relationship with his adopted Mom?

He loves his adoptive mom. I think he always has, and he has to because she raised him. And I think that he has helped her become good. He has been the only one that’s ever really always believed in her, and thought that she can become good. Since the first season, I think he’s slowly becoming closer and closer with her being that he has helped her through all of these rough times she’s had

What has she learned from being able to compare herself to her sister? 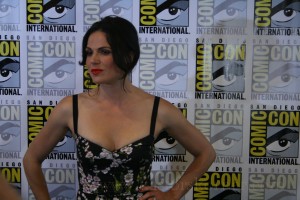 I think that what she learned from meeting Zelena was that she’s come quite far. And that’s the way that I’ve always approached it when I was working with Rebecca. Even though she was the older sister I always played, in my head, the older sister. She was once there, she was once that angry. She wanted to hurt someone who had betrayed her. It wasn’t so much envy though. She didn’t suffer from jealousy. It was different. But I think she had compassion for Zelena because she saw herself in her. That’s why you saw the scene in the jail cell where she’s like “You don’t have to stay this way. There is hope for you”. And Zelena just basically decides that’s not the route she wants to go on. I don’t think that there is a familial bond that was able to take place, Zelena didn’t open the door for that. I think that Regina hoped for some sort of familial connection because she’s the only remaining blood relative that she had. And I think that what Regina has learned is that you don’t have to be blood related to have a family. I think everyone in the cast, you know the charmings and such even Rumplestiltskin to some degree is her family.

How do you feel about giving life to a character who for the most part hasn’t had her story told?

I love it because I think if she were just one tone then she would’ve probably been dead by now. In television because there is twenty two episodes I think it’s really essential to show different sides to a character that you are playing. It really becomes, you know the writers are writing so beautifully for me and Regina. If she were just one color, just this evil queen, its really fun and juicy to watch, for only four episodes and then you are like “Okay what else is going on with this person, we don’t know anything else about her. She’s one toned”. I think that can get really boring after a while, and for me the actress playing the part, I want to continue being interested, and I want to try new things. And I think that people want to see other sides of the character, so it’s a nice match. I read these scripts and sometimes I’m like “Oh God I’m doing what now?”. And then I remember when she went down this road of redemption and it was like “God, okay what does this mean? Does it mean I’m never going to be evil again? I’m going to miss that”. I don’t think that is ever going to go away. I think that old habits die hard. There is a clip that they showed from the first episode and it’s Regina walking up the hallway, and down a flight of stairs. She opens a door and walks down another hallway, a hallway that we recognize, and she opens a cell door. Who do you think is inside? Sidney Glass. And she says “I need my mirror”. She has her mirror back. She’s up to something. She is definitely a fighter. She is not a woman that is going to go down to easily.