The Shredder is trying to make some turtle soup and thanks to his new Lego cycle he just might succeed.

The second Lego set we have to review this week is a bit more impressive than the smaller Lab Escape set. This larger sets comes with three regular sized mini figures and two builds. 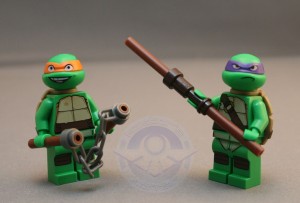 Donatello is sporting a different shell “backpack” than his brother Michaelangelo. He comes with his signature weapon, the bo staff. The staff itself is made by linking two smaller rods with a central piece. It looks fine with the figure but could have been better if the center linking piece was a lighter color to replicate the tape on his staff. He also comes with an engine-powered skate board, rather fitting for the resident inventor of the turtles. The board is small but adds to the overall value of the set.

The Shredder’s bike is imposing compared to the Don’s board. The bike uses mostly black bricks but has hints of grey and red that really make this design pop. The features of the bike, like the dragon flow of the design, the flaming pipes, and the missiles on each side, make this one bad vehicle. The set does have a very Ninjago feel to it, but considering the TMNT theme it works. It’s also nice that most sets come with a member of the Foot, making it effortless to build a little army by just getting a few sets.

As of right now this is the only set in the theme that includes Shredder, so get it while you can. 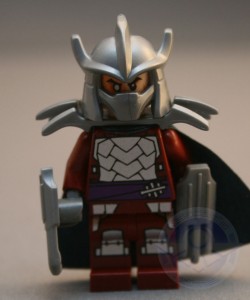 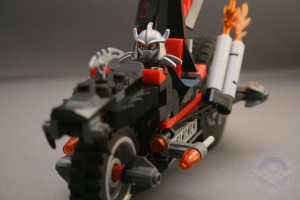 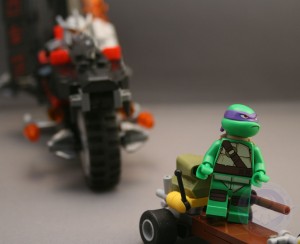 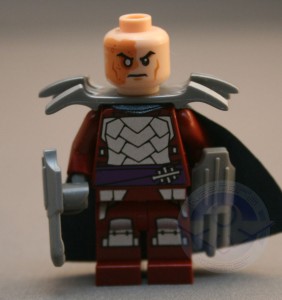 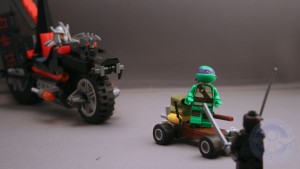 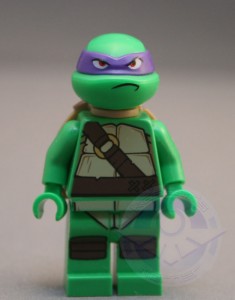 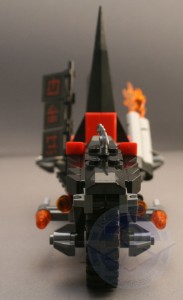 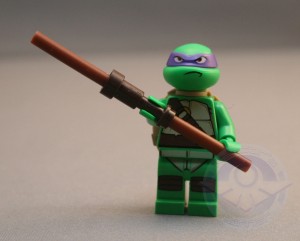 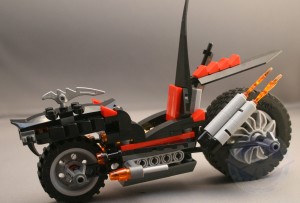 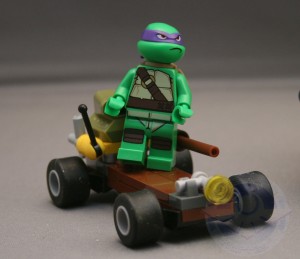 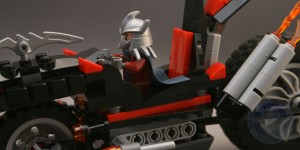 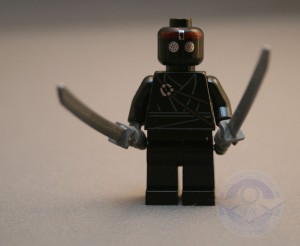 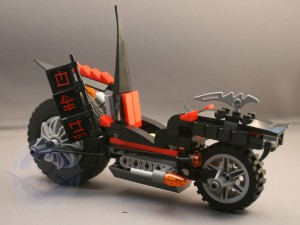 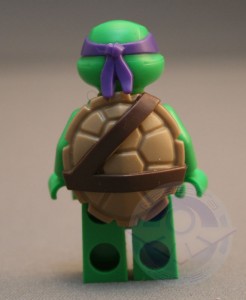