Time To Suit Up With Iron-Man 3 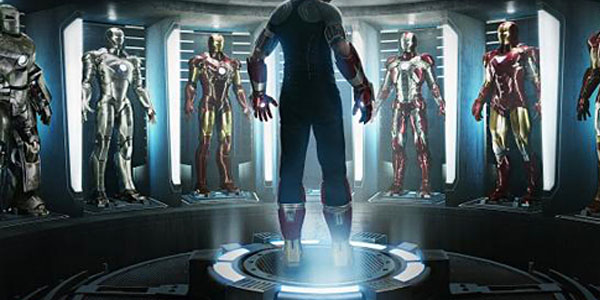 The first look at Iron Man 3 hit the web this week, with not only a trailer but pictures and a bunch of tidbits about the new film.  Check out the trailer inside as well as some details from one of the architects of the Marvel movie world, Kevin Feige.

After Iron Man 2 many fans were disappointed how the armored Avenger was handled.  The movie felt more like a bridge to The Avengers movie rather than an standalone film. So there was some doubt that the third installment would be just another step to set up Avengers 2, but when we had a chance to talk to Kevin Feige at San Diego Comic Con, he assured us this movie would be all about the world of Tony Stark.

“The first step of the grand plan with Iron Man 3 is to prove they are just as interesting, if not more so, by themselves as they were when they all together in the Avengers,” said Feige

The tone of the film will still be a Marvel action movie but also “A very serious character study,” according to Feige.

But rather than calling in the whole cast of Marvel characters, this film will be “Exploring more of Tony, of Rhodey, of Pepper without calling S.H.I.E.L.D. and Thor,” Feige added.

In addition to our major heroes the big bad villain this time around is Mandarin, played by Ben Kingsley. The first look at the actor in his super villain outfit came from Entertainment Weekly this week.

Check out the trailer and tell us what you think, will it be a hit or just another step to Avengers 2?