Tis The Season To Be An Ewok

Star Wars figures have always been a hard sell for me over the years. Star Wars was part of my childhood, and the toys were some of the first ones I hunted down with my mom. As I got older and the lines were relaunched in the late 90’s I jumped in but my interests changed and I stopped collecting after Episode One.

The one thing that has always been my weakness has been Episode 6, Return of the Jedi. I have a great attachment to Jedi, it was the first Star Wars film I saw in the theaters, and I owned a dog that resembled an Ewok. Over the last few years the Ewoks have returned in the Vintage line and even though they have are much smaller than the average figure they are worth tracking down. 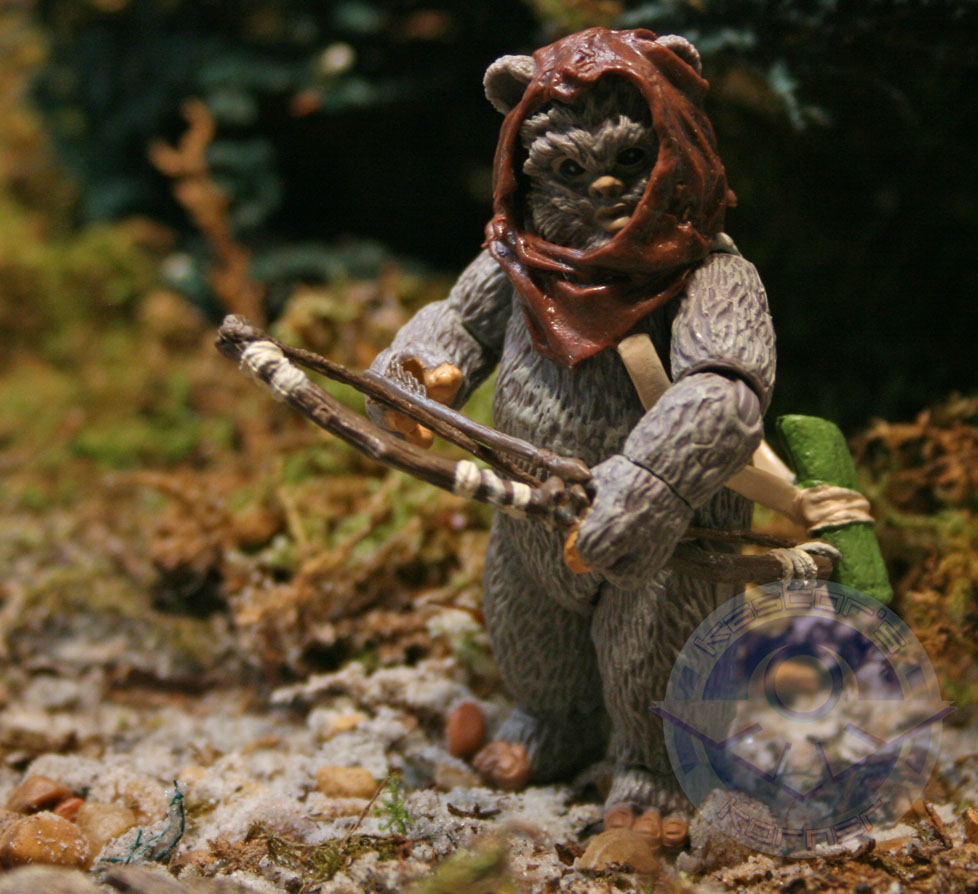 The single carded Lumat comes with a club, a bow, and three arrows. The arrows all fit in the quiver and the bow can fit around the figure. Given the chunky nature of Ewoks I would not expect Lumat to be able to hold the bow and arrow in a shooting pose, but it is possible…. he may not look like Robin Hood, but it’s effective enough. He has more articulation that figures twice his size and the paint deco is well done. 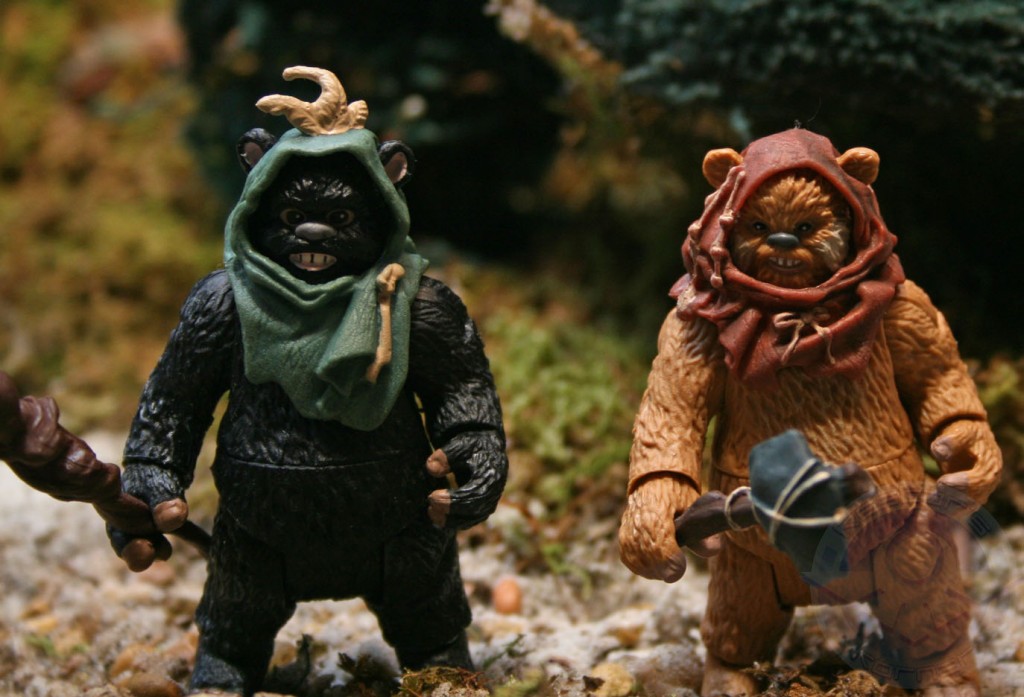 The other two Ewoks, Widdle Warrick & Wunka, are much simpler than the single carded version. Both figures share the same body, but the heads, wraps, and deco are all original giving each figure their own unique look. Each figure comes with one weapon each, a club and a tomahawk. They are not a bad value for $12 but not as impressive as the single carded Ewoks. 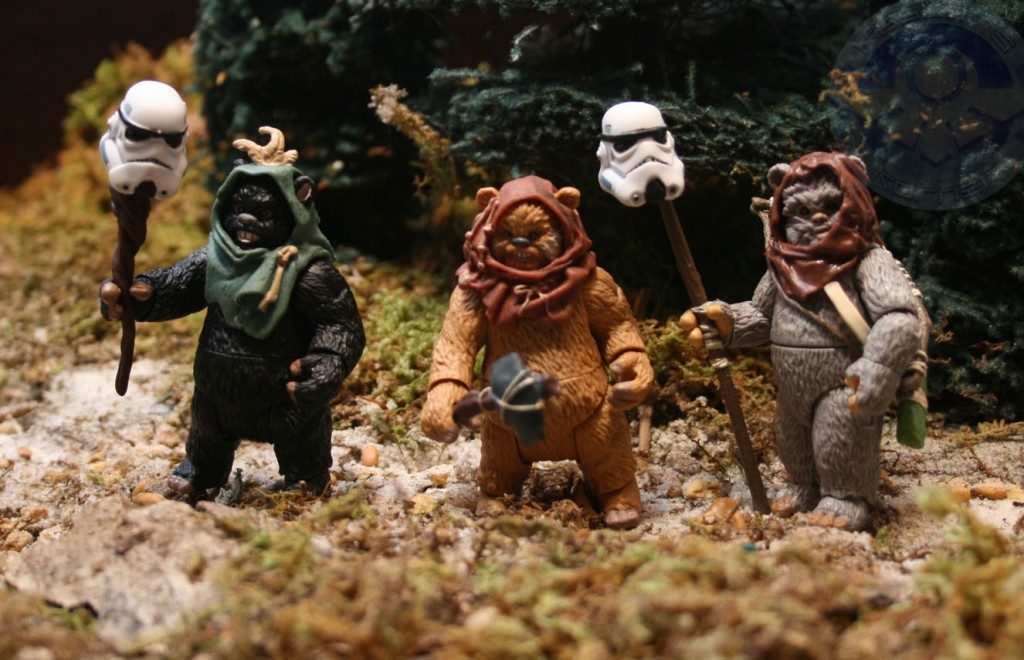 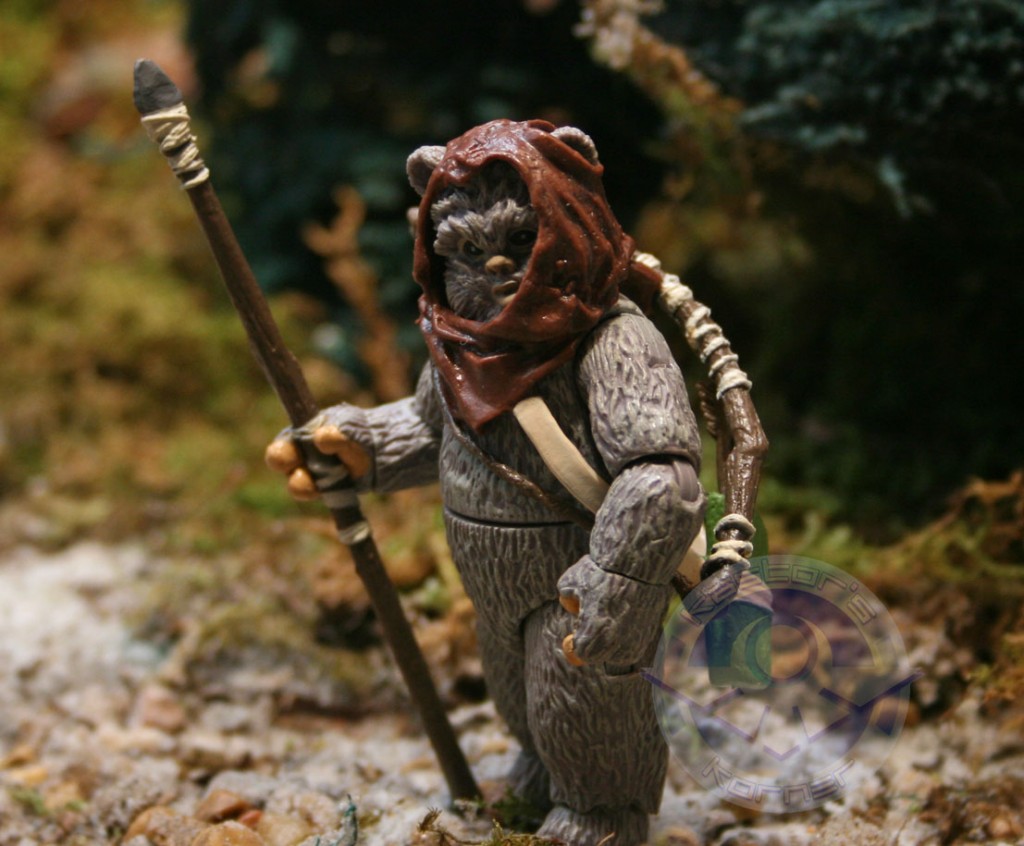