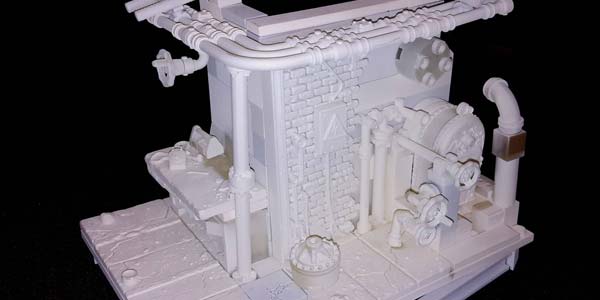 Todd himself offers a preview of an upcoming Walking Dead building set.

I think it’s safe to say McFarlane Toys’ The Walking Dead Building toys are a hit.  They’re selling quite briskly at Toys R Us this season, and Todd McFarlane himself is still championing them with an enthusiasm I haven’t seen since the early series of Spawn figures.

I love it– Todd is super fun to read and listen to, especially when he’s excited, and these toys are pretty great, so I’m happy to see a worthy toy line succeed.

We already know of a few new building sets coming in 2015– Dale’s RV and a new 5-pack of minifigures were both displayed at New York Comic Con, but now Todd has revealed another set, one of particular importance within the AMC show’s mythology.

This set is planned to be released in the back half of 2015, so I’m guessing we’ll see the RV and the other already-revealed sets next Spring in the meantime.  I’m very intrigued to see if all the Prison sets will be able to interconnect; if so, this could end up being one of the most elaborate and awesome building sets of all time.

Check out some more shots of the boiler room below, along with a message from Todd via the McFarlane Facebook page:

THANK YOU!!!! All of you that have been supporting us with our The Walking Dead building sets (now on sale at Toys ”R” Us).
You’ve made this a HUGE success for us! So here’s a SNEAK PEEK at one of next years toy building sets.

Two weeks ago we had our best week of sale yet (beating even the ‘Black Friday’ sales week). Then the numbers came in from last week and they were DOUBLE our best sales week so far (and some of those earlier weeks were very strong!) So, again, thank you.

That means we will continue making these sets for you as we try and get as creative as we can (with both the builds and the figures). Below are a few photos of a Prototype we’ve made of the Boiler Room from inside the Prison Block. I just wanted to share with you the cool detail that will be on this build, and the scale of it. Ignore the figure standing in it as it will be a Rick Grimes (The Walking Dead) human figure and another Walker figure. I just put it in there so you could see how big the set will be. My hand might help too!

We’ll have this set coming out in the back half of 2015, and it should be selling for about $19. I’ll post some more of our upcoming sets/figures in the future. 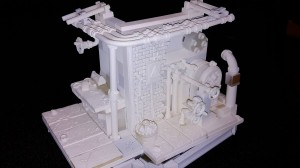 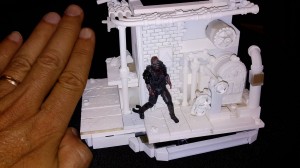 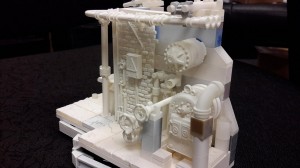