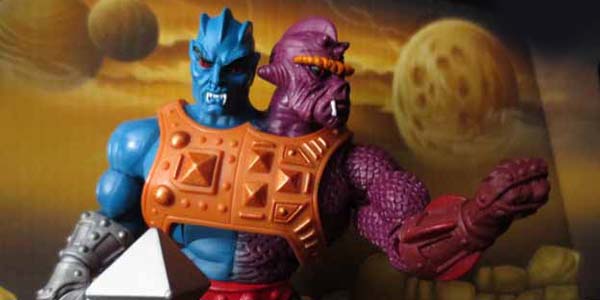 Two-Bad kicked off Masters of the Universe Classics for 2014 exactly as fans desired. Gone are the concept and prototype characters, and instead is a focus on line completion of the major factions.

Two-Bad may be a subscription exclusive as bait for a twelve-month commitment, but the showing so far made purchasing a sub very appetizing. He is the last major Evil Warrior and is a fantastic addition to the line. That being said, an impressive line-up not well executed can derail best-laid plans. Production costs and cutbacks are rearing their ugly head ahead, and Two-Bad provides Mattel with a cautionary tale.

He was by the numbers. Like every other MOTUC figure before him, Two-Bad includes all the necessary points of articulation and movement. Don’t let that fool you: he has a ton of new tooling. Only Two-Bad’s right upper arm and right upper leg use existing tooling. His torso is all-new, and widened out to accommodate both heads. There is minor difficulty in sharing head space, since Baddrah’s horned ears rub against Tuvar’s head when he turns at the neck. They are kissably close. It’s inconvenient, awkward, and unintentionally funny. The sculpting overall, though, is meticulous. His left side is appropriately horned and scaly, and nicely contrasts with the smooth and blemish-free exterior of his right side.

Two-Bad comes with his two primary weapons from his previous action figures: a dual-topped club and his vintage shield. His club is unorthodox, but visually signature to the character. His shield however, was oddly designed. Instead of clipping to the wrist, Design widened the clip to a visually-distressing size so it could better clip to the forearm. Not only does this look ugly, but sadly, no other character will be able to use this shield. In addition, since it stays on one specific part of his forearm bracer, he can only position his left arm one way to make the shield appear functional; the forearm needed to be articulated, not his wrist. These collector figures have also become even more expensive to paint, and once again, we face losing metallic paint in the armor, shield, and boots. This collector’s line is being treated like a retail line, and this bad trend needs to be reversed as soon as possible.

Two-Bad is just what the name implies: too bad. He is a great figure to display, no doubt. When in the background, the lack of paint will be less noticeable. That said, customers are seeing things being taken away that the price increase was designed to curtail. It’s hard for fans to understand that Mattel couldn’t forecast a price increase to hold the figures to a specific quality standard for two years. Personally, bonus accessories like his 200x mace need to take a back seat to making the figure themselves feel as complete as possible. Two-Bad was a character many assumed would qualify as a $30 figure, and Mattel would do well to heed those outspoken few for the year to come. 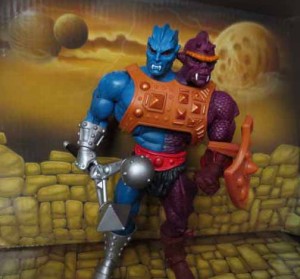 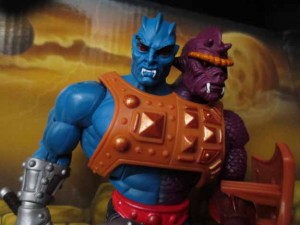 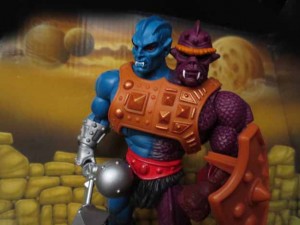 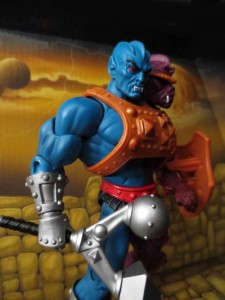 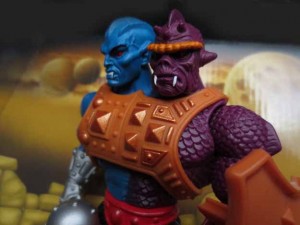 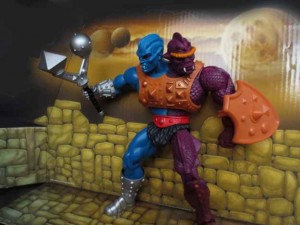 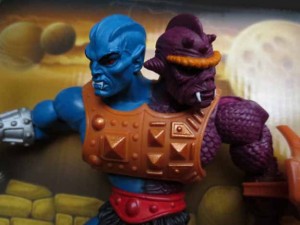 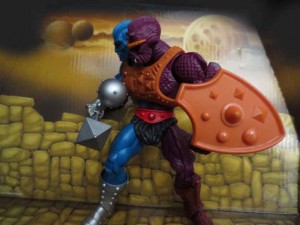 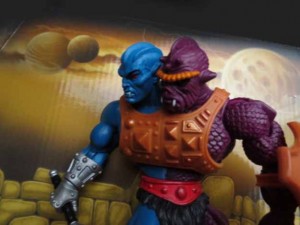 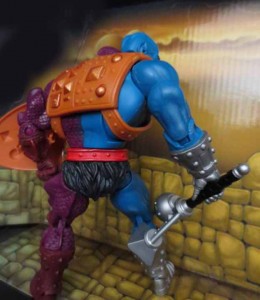 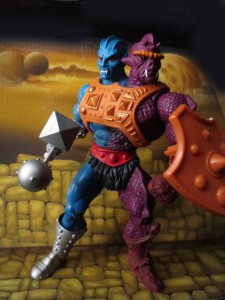 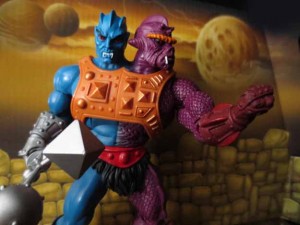 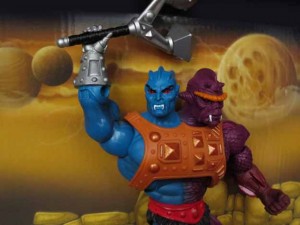 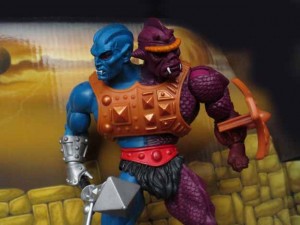 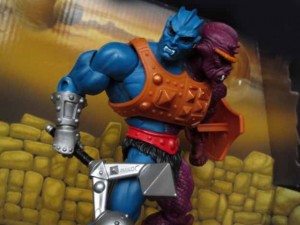 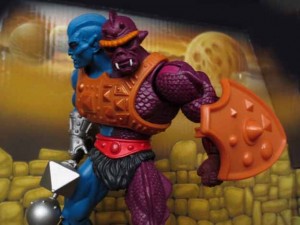 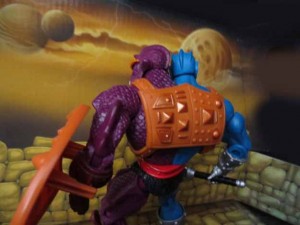 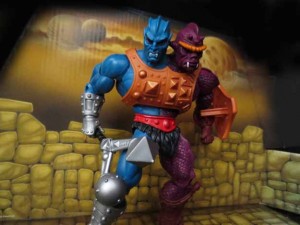 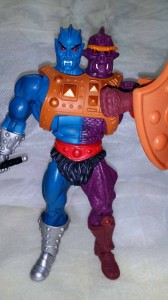 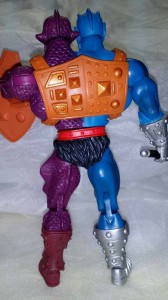 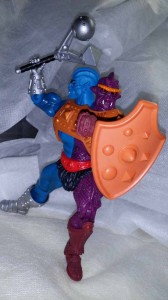 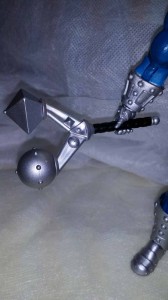 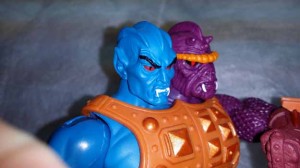 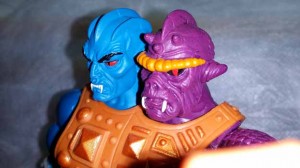