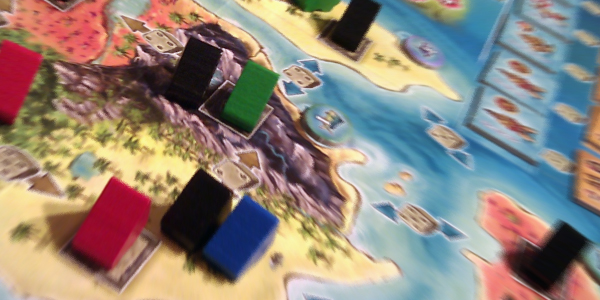 Looking back at the number of quality titles that have hit the shelves this year, it’s no wonder tabletop gaming seems to be more popular than ever.  Out of the dozens of games we’ve enjoyed in 2013, here’s a look at some of the top-tier titles that should be in every gamers collection. 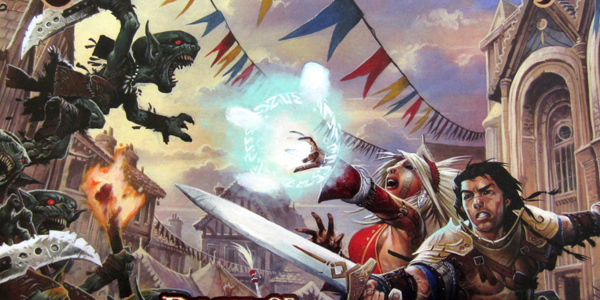 Paizo Publishing expertly implanted the Pathfinder RPG experience into a well-designed and beautifully illustrated card game, accessible to even the most casual gamers.  Supporting a party of four players (or six assuming you’ve purchased the optional character add-on), the base set kicks off an epic fantasy campaign that will bring gamers face-to-face with fearsome monsters, deadly traps, and more loot than they can carry.  Five quests are included out of the box and the adventure is continued in bi-monthly 110-card scenario packs.  In each session, the heroes attempt to explore various locations to weed out a villain and his henchmen in a limited number of turns.  As each character is persistent through the campaign, inventories are maintained, stats are tracked, and death is permanent.  Whether played through with a solid group or even solo, the game is a total blast and bound to hit the table frequently. 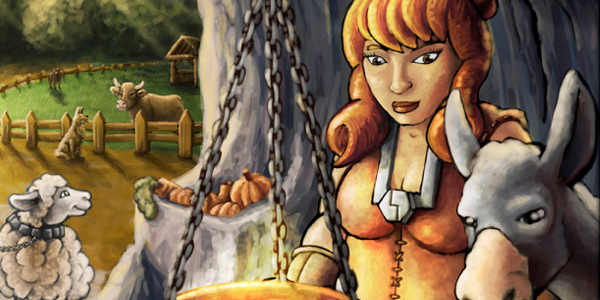 Caverna’s domestic release this week just qualifies it for this list and it would be criminal to overlook such an amazing title.  Designed by Uwe Rosenberg, it plays much like a sequel to his arguably finest work, Agricola.  Caverna borrows several of Agricola’s mechanics and retains many of its best qualities while streamlining gameplay and offering players more options – making for a slightly more forgiving and less cutthroat experience. Playing up to a whopping seven players and loaded with a staggering amount of tiles and painted wooden resource meeples, there is just a ton of content for the $90 MSRP.  Players take the roles of dwarves yearning for wealth and, during the course of the game, will clear forests, plow and sow fields, tunnel through cave walls, build unique furnishings out of caverns, mine for rubies and ore…the list goes on.  It’s an extremely thematic but lighthearted worker placement style game and one that there will be a strong buzz about for the foreseeable future. 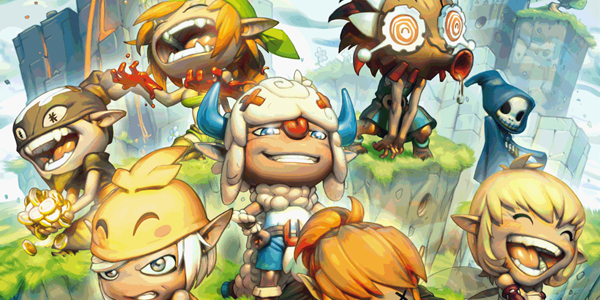 Japanime Games unleashed this beast stateside earlier this year, sending collectors clamoring to build up their Krosmaster roster.  Through its easy-to-understand ruleset, whimsical aesthetic, and vast expandability, Krosmaster: Arena delivers a deep miniature/skirmish gaming experience with wide appeal.  Using a grid system for movement, opponents assemble their own teams of fighters (all of whom have unique attack patterns and abilities) and battle head-to-head, balancing tactical, strategic gameplay with just the right amount of random elements.  Inside the box of the base set, you get eight pre-painted chibi-style minis (each with its own stat card), special dice, a double-sided board, and hundreds of counters and tokens, including constructible 3-D terrain.  The included characters are enough for two players to start duking it out but it won’t be long until you inevitably start seeking out some of the many expansions to custom-tailor your own squads to take into battle – or simply to collect and display them (because they look that awesome).  As an added bonus, every figure you obtain also comes with a code to unlock the corresponding mini in the online version of the game at krosmaster.com.  With an expansion, Krosmaster: Frigost, on the way and a dungeon crawl adventure game (which is also compatible with all the existing miniatures), Krosmaster: Quest, in the works, the franchise just keeps getting bigger and better — get in on it now! 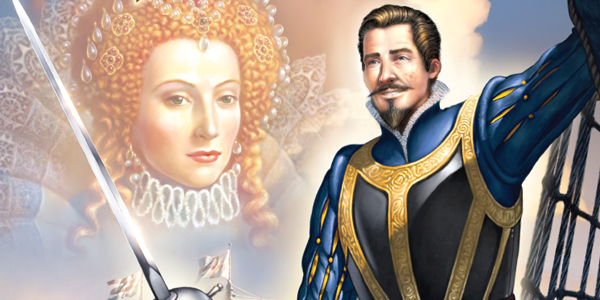 Currently fetching high prices while consumers wait (and hope) for a second printing, Francis Drake really floored me.  This surprised me actually – only because the theme seemed drier than most.  What Eagle Games delivered here, however, was one of my favorite titles of the year, offering a tight, gripping game with some of the highest quality components I’ve seen (as well as the most functional box insert ever).  As Elizabethan captains in 1572, up to five players can voyage to the Spanish Main in search of riches.  Each of the three rounds plays out in two sections.  First, players visit the merchants of Plymouth Harbor, competing to outfit their vessel with the supplies need for the journey ahead.  This segment features a progressive worker placement mechanic not unlike the one found in Antoine Bauza’s excellent Tokaido.  Then, in an order dependent upon how they performed in Plymouth, they set sail to several locations depicted across a larger-than-average, beautifully illustrated board.  Much of this phase is dependent on deduction and bluffing.  Each player will place numbered discs next to desired destinations and these numbers correspond to the order in which each player visits that area.  The numbers are hidden during placement, however, and to make it more interesting, each location can only offer meaningful rewards to the first two captains that land there.  There are plenty of creative mechanics at play in Francis Drake, making it a stand-out in 2013. 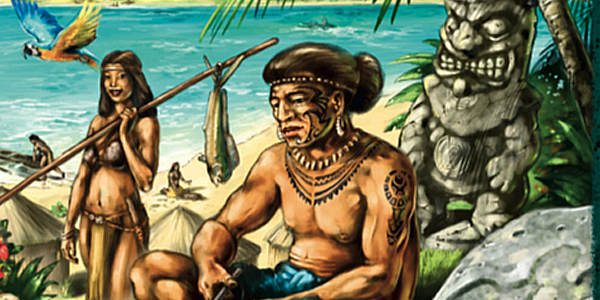 Lastly, there’s Bora Bora from the inimitable Stefan Feld.  This is one of the four games Feld designed in 2013 and my favorite of the bunch.  Set on a lush island populated by native tribes, the gameplay revolves around an interesting dice-placement mechanic.  There are five to seven available action spaces available to all players every round.  These include building huts on different parts of the island, sending priests to pray at the temple, collecting tiles depicting the men and women of the tribe, obtaining resources, and more – all of which are done in the hopes of fulfilling unique goals drawn by each player.  At the beginning of each round, players will roll the three standard six-sided dice of their color and will use them to claim these action spaces.  Once a die is placed on a space, only a lower die can then be used on the same space.  Therefore, if someone were to place a “3” on an action space, other players would only be able to take advantage of that space if they were able to put down a “2” or “1” result they had rolled.  As such, low rolls will block people out of areas, but will often limit the usefulness of the space for the person who placed it, whereas placing a higher number will usually yield more possibilities for the player using the action.  Like most Feld games, victory points can be obtained in a number of ways and there are several roads to victory.  Here though, the theme is a bit more entertaining, the rules are light,  and there is little downtime between turns – an extremely well designed title.