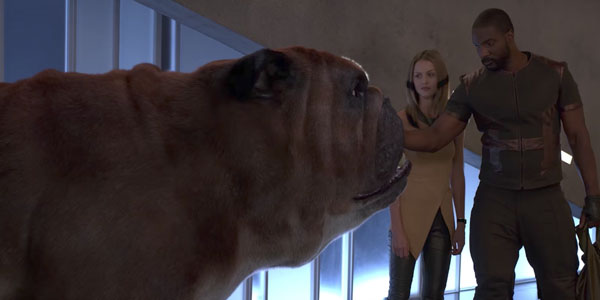 As 2017 comes to a close we take a look back at some of the great television shows that made their presence felt.

2017 was a great year for television viewers of all types. It was a difficult choice to come up with just 5 shows when the list could go on beyond the 5 that were chosen. Honorable Mentions include, The Gifted, Knightfall, Legion, and The Defenders.

Coming in at Number Five on the list, is the CW’s Scarlet Speedster. Although not a new series it has once again delivered and has kept  DC relevant even with the critics disappointment with the cinematic universe. The Flash has remained true to its character and delivered another year of great story lines, including one of the best crossovers to date. This show is a must watch for any DC fan.

Number Four will have some people scratching their heads but hear me out. Marvel took a giant step forward into the television world (this is regular television not  apps like Netflix) although they have a good ways to go to catch DC they made a huge stride with The Inhumans. Following King Blackbolt and his family as they confront those wishing to destroy their Legacy, Inhumans proves it deserves to join the growing list of Marvel shows and who doesn’t love a giant bulldog.

Our Number Three takes a darker turn, and is building a legend. Gotham once again brings to life back stories of infamous villains in the Batman lore as well as the growth of  Bruce Wayne into Batman This season introduced the first bat suit, and a much darker turn for our young defender. Gotham has plenty more to give us as Gordon begins his quest to become commissioner which is the main focus of the show but the back story of batman is a plus.

We turn away from the the world of Superheroes with our Number Two. Although not a comic book show it is based off of folk lore. Vikings even though is in its 5th season this is a must watch for anyone. Packed full of adventure, drama, magic, and Norse gods Vikings is based on old folk lore of the great Ragnor Lodbrok. What makes this show stand out so much is the story is told and written by one writer not a team. The story is laid out well and  told to as close to the original as possible even down to the actors being of viking decent. This is my personal pick for a day of binge watching and was a tough choice to place at number two on the list.

Our Number One came out late in the year, but caputure the true anti-hero from the comics. The top spot goes to Netflix’s The Punisher. We were introduced to the character in the second season of Daredevil, getting the origin story out of the way. The Punisher was dark, gritty and full of action, just what the character was meant to be. Jon Bernthal delivered a performance of a lifetime showing all sides of the killer with a conscience. With a second season already announced Netflix continues to deliver a darker Marvel Universe to keep the fanboys happy and kiddie free. If your looking for comedic idiocy you wont find it here. You will get lots of action, great story line, and recognition that Frank Castle deserves in the comic television universe. If you haven’t seen it your missing out on the best show of 2017.