Looking Back: Our Favorite Video Games of 2012 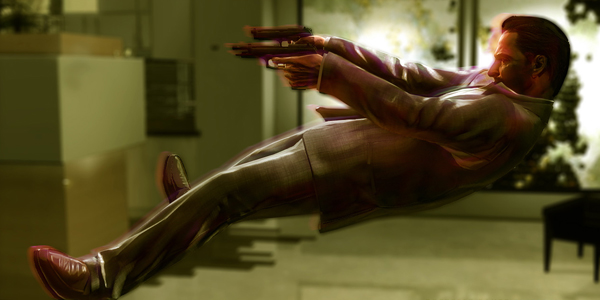 Looking back, 2012 was a great year for gaming.  Sure, it was home to the possibly the biggest disappointment of all time followed by the second biggest, but aside from that there was much fun to be had.  Let’s take a look back at the ten titles we enjoyed the most. 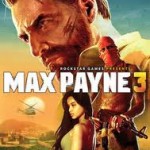 It’s not often, especially by today’s standards, that a game can awe me to the degree that I’m left wide-eyed and slack-jawed while I experience it. Yet that’s exactly the effect Max Payne 3 had on me — it’s the best game I’ve played this year by a large margin and may in fact be my favorite game of all time. The fact that sales fell short of expectations seems almost criminal. With outstanding voice work, killer visuals, tight gameplay, and style to spare, this title simply has everything going for it. Max Payne is back in all his gritty, self-loathing glory after an unfortunate chain of events causes him to relocate to Brazil. But trouble has a way of following him and, soon enough, he returns to form and is kicking ass like it’s going out of style. The bullet-time mechanic the series revolutionized obviously returns as well and has never performed better, allowing players to witness the destructive power of each round they fire. Perhaps best of all, the entire soundtrack was recorded by the band Health. Admittedly, I was unfamiliar with them prior to their work on this game, but the score they provide is flat-out some of the greatest musical accompaniment to ever grace a video game. In the last level of Max Payne 3 specifically, the music cues just hit at the perfect points and compliment the action so well that the experience becomes almost surreal. Our full review can be found here if you need further convincing, but I can’t possibly recommend this one enough. 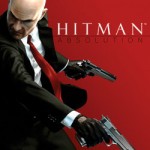 After a fairly long hiatus, Agent 47 returned to form in the most entertaining entry in the Hitman franchise to date. 47’s first contract is to seek out and assassinate his long-time friend in the agency, Diana Burnwood, and retrieve Victoria, a teenage girl in her care. Diana’s last request to 47 is that he keep the Agency from obtaining Victoria, pitting him against his employers as well as a devious third party looking to obtain the girl for ransom money. In addition to being the most personal and memorable Hitman story thus far, newly introduced gameplay mechanics make for a much smoother, entertaining experience. While the game rewards a stealthy, professional approach to your objectives, blowing your cover no longer results in an instant game over. Throw in hundreds of challenges to complete over multiple playthroughs and the brilliant “contracts” mode which allows players to create and share custom assassination scenarios, and you have one of the greatest action titles of the year.  Check out more impressions here. 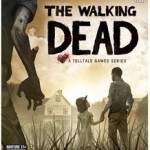 This was the biggest surprise of the year for me. Essentially a point-and-click adventure set in the Walking Dead universe, but centering around a completely new cast of characters and released as episodic downloadable content, no one could have predicted how great this title would turn out. Taking place across five chapters that became available starting in April and concluding in November, Walking Dead was the most unique and emotionally draining gaming experience of 2012. While there is plenty of action present throughout, the drama and character development is where the game excelled, thanks to tremendous writing that loves to pull your heartstrings. As escaped convict Lee, you need to maintain shaky alliances with the other survivors you meet and care for Clementine, an adorably innocent young girl, knowing that every choice you make has the potential to alter the way you will experience the game. With terrifying surprises around every corner, I could never have imagined many of the places my adventure would take me or what the characters I’d grown so attached to would have to endure. By the final scene, I was nearly reduced to tears and still a bit haunted by what went down. 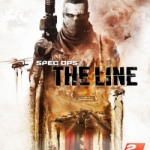 Military shooter fans would do well to pick up a copy of Spec Ops: The Line, which shakes off the genre norms to become one of the most ambitious titles I’ve played in the last year (full review here). General William Tecumseh Sherman once uttered the famous line, “War is hell,” and that idea has never been portrayed in a video game as profoundly as it was here.  A character study of a group of soldiers put in an impossible situation, their split-second decisions and unfortunate mistakes carry terrible consequences.  Unlike many military-themed shooters, Spec Ops subjects players to the horrors of war and explores the effects such things can have on people.  With a gripping narrative, action-packed gameplay, and a finale that will shake you to the core, Spec Ops: The Line delivers an experience that you will remember long after you finish it. 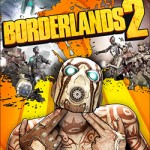 Gearbox started something special with the Borderlands franchise, combining free-roaming first-person gameplay with a Diablo-like loot-fest, and topped off with a unique aesthetic that incorporated heavy ink lines and a vibrant color palette. The main draw though, is that you can bring three of your friends along for the adventure, and Borderlands 2 has perfected the series’ cooperative mechanics.  With five current classes to choose from, each can be leveled up and outfitted with a number of perks from each character’s unique skill tree.  And while the game is still a blast being played solo, the multiplayer experience blasts this one into the stratosphere.  One of the most fun, entertaining, and hilarious games of the year, Borderlands 2 offers enough quests and challenges to keep you busy for a long time — and there’s still downloadable content being released!  For a deeper analysis, read through our review. 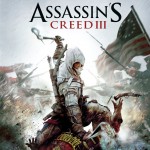 I had all but given up on the Assassin’s Creed series after having endured a run of several titles that were released in rapid succession and lacking in innovation — the franchise had started to become stale.  Enter  part three which, while not being without its faults, transplanted players to a fresh new setting and an exponentially more interesting historical period.  The scope of this entry is huge, with a wealth of content to distract you from the main quest including naval missions, privateer contracts, hunting challenges, and a seemingly endless amount of collectibles to track down.  Taking the role of a half-British/half-native American named Connor during the American Revolution, this was the first time in the series that I felt connected to the main character, understanding his motivations and sympathizing with his cause.  A moving and entertaining narrative escalated what could have been a good game to a great one. 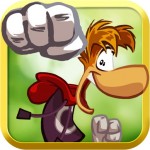 My insistence on only playing portable games on systems with physical buttons disappeared as soon as I started playing Rayman: Jungle Run on the iPhone.  Ubisoft put a lot of effort into making something more than just a port of the already excellent Rayman Origins from last year; they created a game tailor-made for a touch screen, with a ton of new levels and a perfect difficulty curve.  The only things recycled are the music (which is awesome) and the beautiful hand-drawn art.

There aren’t any big virtual buttons to clutter up the screen or make platforming segments unnecessarily difficult. You touch the screen to jump, hold to float, and touch another area of the screen to punch. That’s it. When you get into a rhythm of doing these things, the game becomes a matter of memorizing the patterns of each level and tapping the screen with perfect timing to access every nook and cranny. For only $2.99, Rayman: Jungle Run is one of the best games money can buy for any platform. 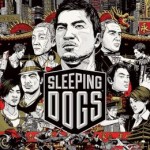 For our full impressions of this excellent game, check out our review from earlier this year.  Basically, by taking all the best parts of its influences and improving upon them – and throwing in some great new ideas too – United Front Games has made the best open-world action game yet.  They even followed it up with an amazing horror themed DLC addendum, released just in time for Halloween, which we reviewed here. 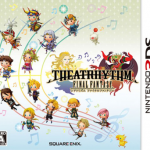 Square Enix’s addictive and adorable rhythm game for the Nintendo 3DS (and now iOS) was one of the most enjoyable games to be released all year, portable or otherwise. Check out our review for more info on this awesome title.

Sound Shapes, a PS3 and PS Vita exclusive from Queasy Games, might have flown under some gamers’ radars this year. It’s essentially a platformer with a surprisingly robust music editor built in, which plays a big role in designing original levels and sharing them online. Speaking of which, the online community is still going strong and players are posting all kinds of cool levels and songs. For more details, read our full review.