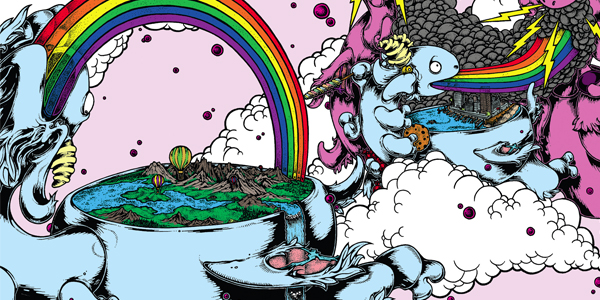 I know, I know, this isn’t a music review site.  We’ve never highlighted any musical acts before and likely won’t again, but this is a special occasion – Miami-based outfit, Torche, released their new full-length LP today and I’d be doing our readers a disservice not to recommend it.  Now, in general, music is an extremely subjective thing and, with so many choices and endless lists of sub-genres out there, it can be tough to gauge what people will respond well to.  But Torche is the one band that I always find myself recommending to people without any inkling of their individual tastes.  The body of work they’ve created has a universal appeal that deserves a spot in everyone’s collection.  I could be off the mark but, if you’re not already familiar with the band, give them a listen and see if you don’t agree.

Harmonicraft is Torche’s first full-length release since the 2008 masterpiece Meanderthal.  That’s not to say they haven’t been busy in between, releasing splits with the likes of Boris and Part Chimp and delivering the outstanding Songs For Singles EP in 2010.  Regardless, it’s out and it’s awesome.  Although Torche’s unique sound is constantly evolving, everything that made their 2005 self-titled debut so immediately likable has permeated all their releases and is still present here in a big way.  Even while their musical approach has become more streamlined, Harmonicraft features some of the bands most thoughtful, complex, and interesting compositions, with tight pacing keeping every track fresh and exciting no matter how many repeat listens they’re subjected to.  The record transitions beautifully and fluidly between roaring breakneck riffs and mid-tempo lulls.  Everything just feels right in Torche’s arrangements – like they’ve scientifically perfected the musical formula that makes me smile involuntarily.  Listening to Harmonicraft is like the audio-equivalent to seeing an adorable puppy (or cute baby animal of your choice) — it stimulates whatever mass of nuclei in your brain that just makes you feel happy.

Without throwing around tons of silly genre labels, I’ll simply describe their music for what it is: rock n’ roll.  Right from album opener, “Letting Go,” you can hear so many influences present – an amalgamation of everything that made rock music great over the course of the last four decades.  Above all though, they genuinely capture that fun, energetic atmosphere that seems all but lost in most of today’s music.  When I started listening to Harmonicraft, it actually reminded me of hearing KISS’s Destroyer for the first time with its great feel-good, party vibe.  In fact, I defy you to get through Torche’s newest offering without pulling out a pair of invisible drumsticks or an imaginary guitar and playing along.  I’ve been rocking out to this album during my daily commute to and from work with such ferocity that passing motorists must think I have some kind of severe neurological disorder. 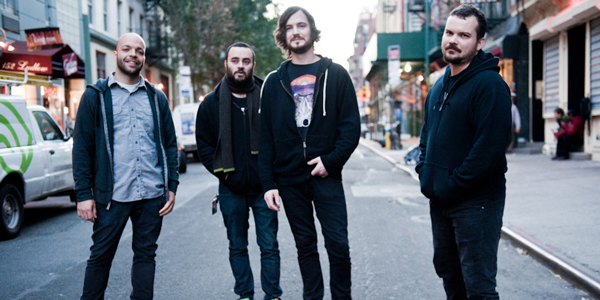 Clocking in at a modest 39 minutes, the entire album is easily digested in a sitting with content that keeps the listener engaged throughout.  There’s no filler and, furthermore, no clear-cut “single tracks” that awkwardly stand out against a collection of mediocre tunes.  Conversely, each song is well-crafted with its own unique character.  The dual guitar assault of Steve Brooks and Andrew Elstner trades off crushing riffs and brilliant solos (the kind of guitar solos that are actually interesting to listen to, not just scales played at a million miles an hour).  The lead in “Walk it Off” totally wouldn’t sound out of place as an organ solo in a Deep Purple song and the slightly backwards sounding notes in the “Reverse Inverted” lead are beyond cool.  With down-tuned sludgy guitars present, it would be easy for the bass to get lost in the mix – thankfully, Harmonicraft benefits from tight, punchy and clear low end courtesy of Bassist Jonathan Nuñez.  The dynamic of the bass dropping in and out is used to great effect during the intros to “Kiss Me Dudely” and “Snakes are Charmed” and really solidifies the wall of sound that Torche creates so well.  Once you get to the aforementioned sixth track, by the way, the fantastic cover art really makes sense – if there’s a way to hear a vivid rainbow, this beautiful composition will do the trick.  All the while, Rick Smith kills it on drums – the guy’s a monster, providing the perfect backbone to the plodding “Looking On,” manic “Sky Trials,” and everything in between.

Steve Brooks consistently delivers incredible vocal hooks and this LP is no exception.  The vocals are as thoughtful and beautiful as one could hope for.  Drenched in echo, they add the perfect ethereal charm to an already stellar package, truly pushing Harmonicraft into the sonic stratosphere.

Again, I intentionally avoided referring to sub-genre labels or making too many easy comparisons to other bands while describing the sound of Harmonicraft as I feel it cheapens it – I can only really tell you how the album makes me feel personally but, like I said, music is extremely subjective.  The album is really something that you need to experience for yourself and I absolutely recommend you do so and, if you’re new to Torche, I certainly hope you dig them as much as I do.  Check out info on their newest album, including any remaining pre-order packages here.