Toxin Is Ready To Wreak Havoc on Spider-Man Legends 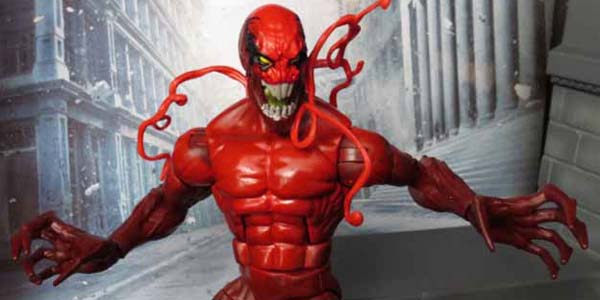 Hasbro’s new Marvel Legends have delivered a modern Superior Spider-Man and the new Spider-Girl, so it makes sense that one of Peter Parker’s most notorious foes would get a modern update as well.  Toxin, bonded with former Venom Eddie Brock, is another cool current Marvel character making his debut here.

Toxin makes smart use of the bulky Hyperion body, giving him a heft and bulk far beyond the standard super heroes, and his new head and arms add a monstrous flair to the new villain.  His claws and tendrils are executed just as well as they were on his fellow “Spawn of Symbiotes” Carnage, and despite his bigger proportions, Toxin still retains lots of useful articulation.

There’s a nice sense of detail on the figure’s spiky forearms and the texture on his head, as well as the jagged teeth that fill his bright green mouth.  The color scheme is great, looking unique while still containing plenty of echoes of the classic Venom design.  In addition to his green and black highlights, Toxin sports a high gloss bright red wash on his chest and shoulders, which adds a depth and texture to his overall appearance. 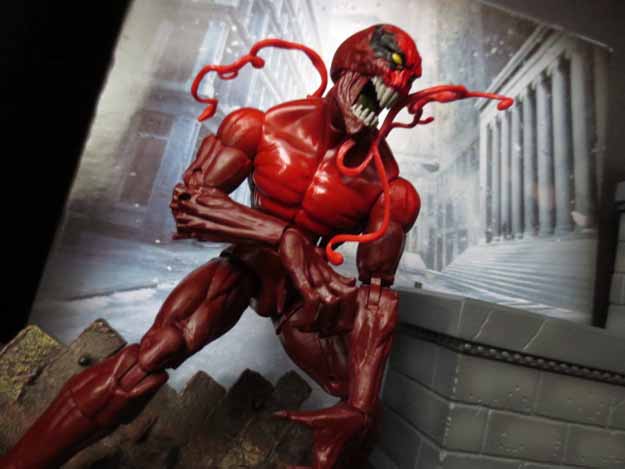 While I really like this figure, and welcome another modern update on a classic character, there’s a few choices here that seem strange.  The most glaring is the lack of a spider emblem on his chest and back.  In all his comic appearances, Eddie as Toxin features the familiar Venom spider in black, while the toy opts for a solid red body.  Maybe this is based on a future knowledge Hasbro has over me regarding the Marvel comics, but the addition of the black spider would break up the uniformity of the figure’s body more dramatically than the glossy red wash.

While I love the personality in the head sculpt, and the great range of motion in Toxin’s neck, I would have loved to see a hinge in the jaw.  There is clearly space on the larger figure, and it almost seems like that was the original intention, with the lower jaw being a separate piece glued in place.  It’s certainly not a deal breaker, but that slight tweak would have sent this figure right over the edge for me.

As it is, he’s still another cool new figure for any Spidey fan to own.  Toxin is available in the Amazing Spider-Man Legends series two, taking the place of Carnage.  He’s totally worth tracking down, and has been showing up at Targets now, while he should hit more retailers in the very near future. 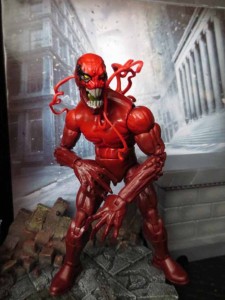 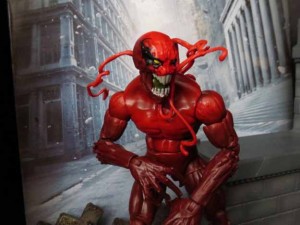 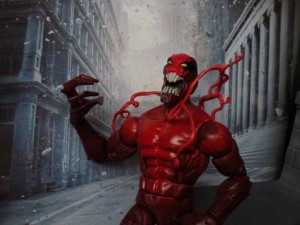 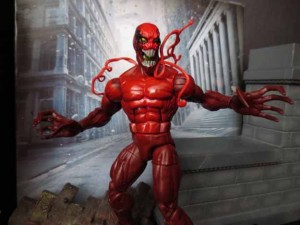 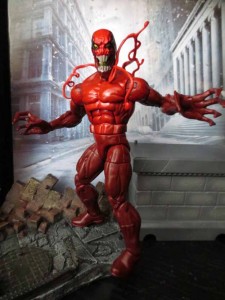 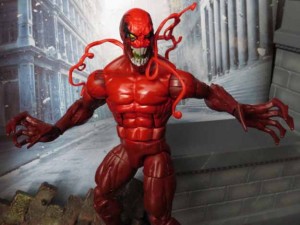 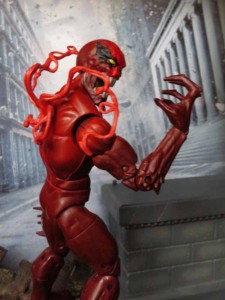 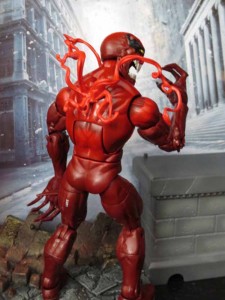 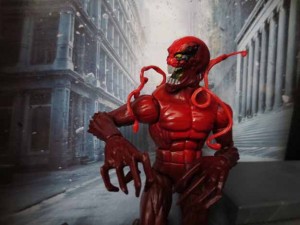 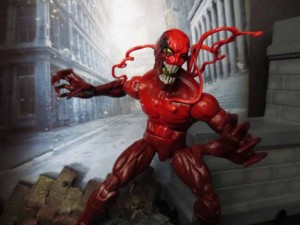 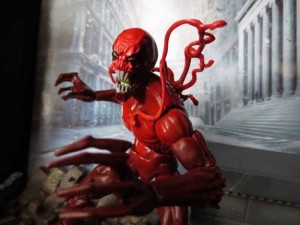 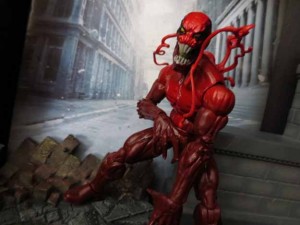 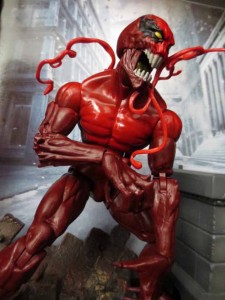 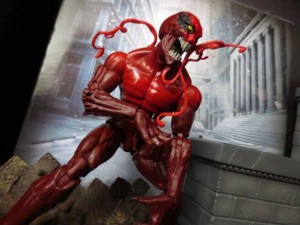 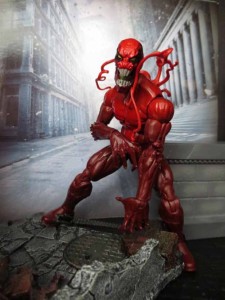 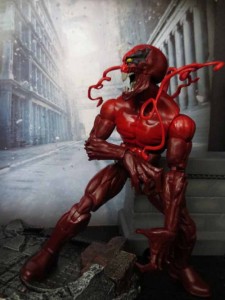 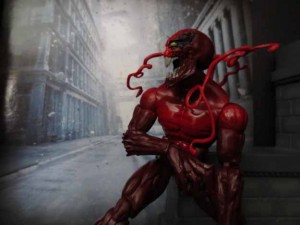 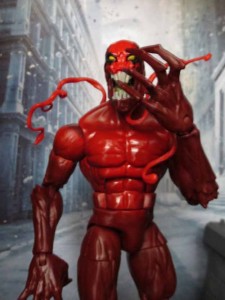 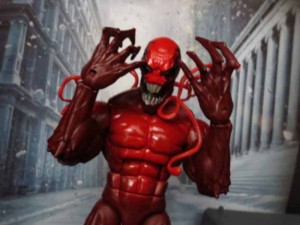