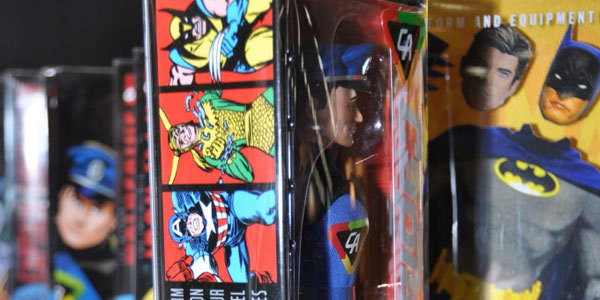 The creators of the new Captain Action were on site at Round 2’s booth at Toy Fair to show some of their upcoming figure costumes, as well as their exciting next steps for the retro reboot series.

2012 marked the return of Captain Action, and the new line was very well received (including by us at Kastor’s Korner– check out our review Here).  This year will see the line continue, and for a limited time, Toys R Us will be offering a special sale on the Captain Action figures– for the next three weeks, the Captain and his nemesis Dr. Evil will drop down to half price, making it the perfect time to stock up on figures to display the existing and upcoming costume sets!

Speaking of costumes, the next pair of Marvel costumes to hit will feature Iron Man and Wolverine, cleverly releasing along with the sure to be hit Summer films.  While only mockups were on display for now, both sets seem like total winners– much like Wave 2 (Thor and Loki), the masks are being sculpted by the legendary Tim Bruckner (of DC Direct fame), and will include the final two pieces to assemble the “Build A Costume” Hawkeye.

Iron Man will see the armored hero in his 70s-80s red and yellow armor, with Bob Layton’s artwork as the visual inspiration. The armor will be a combination of plastic and fabric, with a metallic fabric for the lower torso, to match the shiny chectplate while still allowing for maximum posability.  Iron Man’s mask will feature a removable faceplate, revealing Tony Stark’s portrait underneath, and can be switched with the horn-headed faceplate included in the Deluxe version.

Wolverine will appear in his classic tiger stripe costume, complete with masked and unmasked Logan portraits, two different belts (to display him as an X-Man, or going solo), gloves with and without claws and a katana sword with sheath.  Wolvie gets the honors of including the final Hawkeye piece, the archer’s mask.

Also on deck this year are a third Captain Action doll, called “Mission 013.” This figure will feature a modernized update of Cap’s classic costume, to offer more variety in the hero’s look. The classic Captain Action will also see a new release, with bare bones accessories in a slim coffin-style box, at a new lower price point– this should be a great way to build an army of base figures for the various costumes, without breaking the bank.

And as was announced at New York Comic Con, this year will see the release of three DC Comics costume sets as well.  Coming later in 2013 will be Superman, Batman and The Joker costumes, all modeled after the 60s/ retro looks of the DC staples.  The sets will continue the “Build A Costume” concept– with each containing a part to assemble an Aquaman outfit– however this suit will be split into only three parts, unlike the six-part Hawkeye.

Ed and Joe, the masterminds behind the new Captain Action franchise, also shared with us some very cool concepts for what they would like to do next in their series.  Potential new costume sets include Daredevil and a Steranko-inspired Nick Fury, while the next figure in the series may be Lady Action, a new charatcer who can both team up as the Captain’s sidekick, and serve as the base for female costumes.  Among the outfits we may see for Lady Action are a classic Wonder Woman, 70s Ms. Marvel and Black Widow, all of which would be very cool… and even Gwen Stacy, who would make the perfect Convention exclusive, in my opinion.

Phase Three of the Captain Action agenda could potentially see the return of Action Boy, offering the chance for many great sidekick characters… including a potential Adam West Batman and Burt Ward Robin costume set!  In the meantime, there’s plenty of cool Captain Action figures and costumes on the way.  And while the rumored Rocketeer costume set isn’t happening in the near future, it’s another license the Captain Action team is actively pursuing, one that would surely make a fantastic new toy! 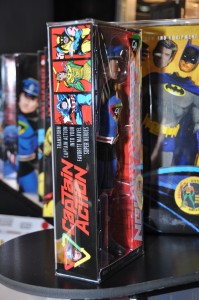 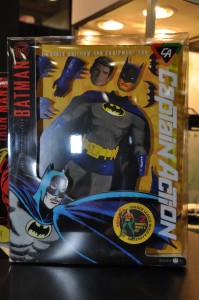 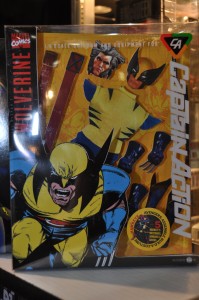 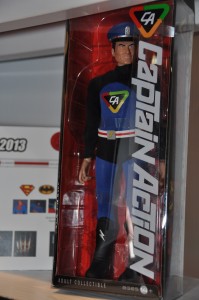 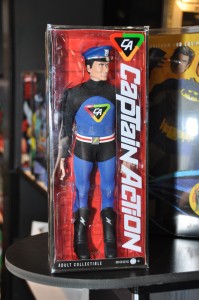 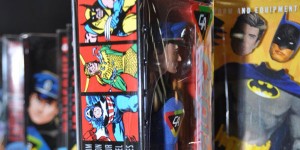