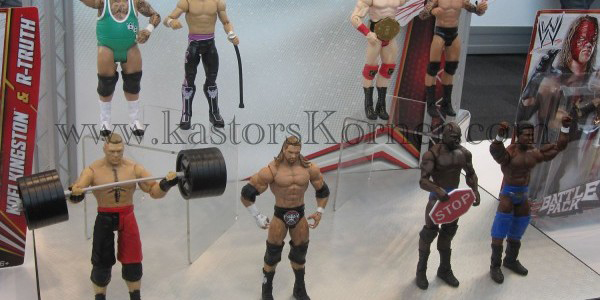 WWE had a banner year as the number one boys brand in the United States. At Toy Fair, we saw a great mix of old faithfuls, toy debuts, and awesome throwbacks of wrestling’s golden age, promising another exciting year for collectors young and old.

Catapulting off its success in 2012, Mattel’s WWE are maintaining the same winning formula of roster-building basic figures and two-packs, as well as highly-articulated Elite series of Superstar and Diva favorites with authentic ring attire.

The basic figures had an impressive array of superstar renditions that can even tempt the most snobby of Elite-only collectors. We saw Randy Savage, Kofi Kingston, and Sin Cara boxed. To their left was the Undertaker from last year’s Wrestlemania, Shawn Michaels, team Hell No, and Mark Henry. The following assortment includes the debut of United States Champion Antonio Cesaro, Brodus Clay, Wade Barrett, Cody Rhodes, and the debut of the extremely popular Ryback! Finally, we have Rey Mysterio, R-Truth, and Heath Slater, plus brand-new Superstars Damien Sandow and Tensai.

For the rest of us, we go to the Elite series with a strong wave 19 consisting of Brock Lesnar, Shawn Michaels with vac-metal European championship, Dolph Ziggler, Kane, Daniel Bryan, and the former First Lady of the WWF: Miss Elizabeth. Wave 20 gives us Santino Marella, Cody Rhodes, CM Punk with vac-metal WWE Championship, John Cena with a Money in the Bank briefcase, old-school Christian, and Y2J Chris Jericho. The two packs also give fans a chance to purchase instant rivals, tag teams, and cool accessories. These include Brodus Clay and the debut of Curt Hawkins, Brock Lesnar with barbell and HHH, and the brand new Prime Time Players: Titus O’Neil and Darren Young.

With the smaller wrestlers, and action feature wrestlers, rings, WWE action figures, ring gear, rings, and role play items, there is a ton of different superstars to captivate a wide variety of the WWE universe. With its new family-friendly initiative, Mattel has a property that has proven to be evergreen, but still maintains the impressive pedigree of the brand by producing the best action figures the WWE has ever seen. Derrick and his team should be very proud of themselves! 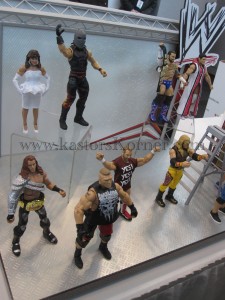 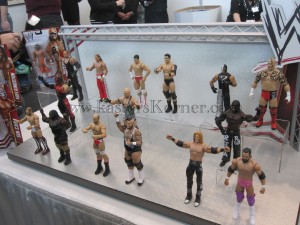 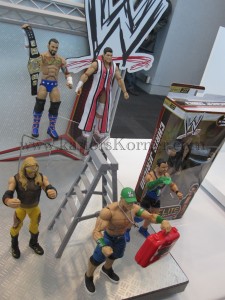 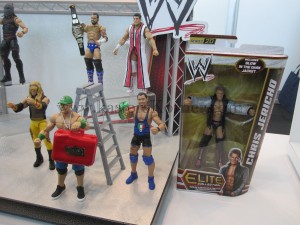 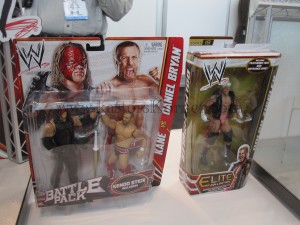 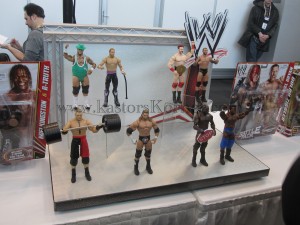 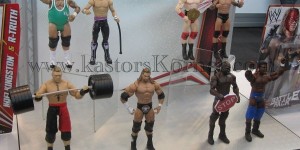 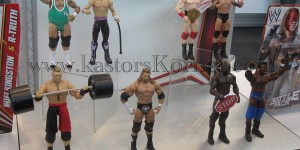