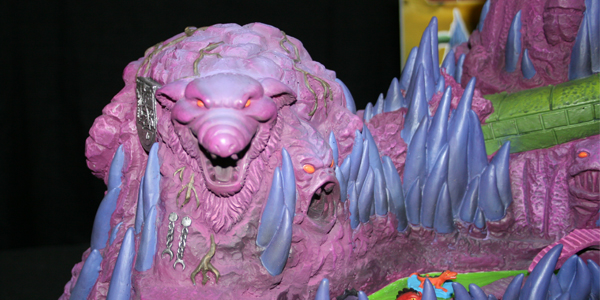 Icon Heroes showed off some amazing castles and hinted at some upcoming projects at Toy Fair 2014.

Icon Heroes over the last few years have been bringing the 80’s to life for collectors. They started with the Cat’s Lair and Thundertank and have now moved to the Master of the Universe line. At Toy Fair they had Snake Mountain to show off and the add on for Castle Grayskull. The pictures can’t do these pieces justice, the detailing on each is just stunning. Some fans will notice that the Snake Mountain is missing a few spikes, and that is a call Mattel made to make the main peek with the snake the focus of the piece. Snake mountain is a full 360 degree piece with so many details packed into a small package. The piece weights in at about 16 lbs, and will have fans looking for a lazy susan to display this piece. There are also smaller versions of the castles made to hold their letter openers and business cards. 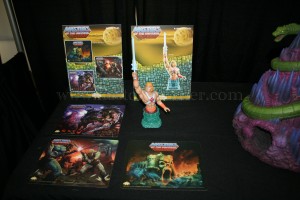 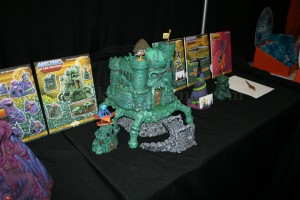 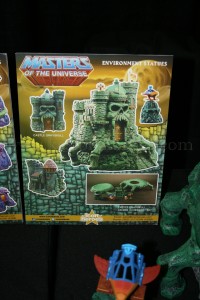 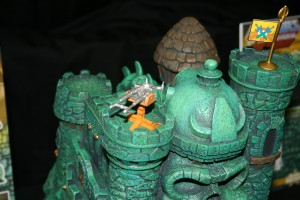 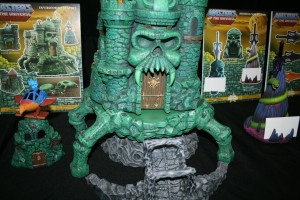 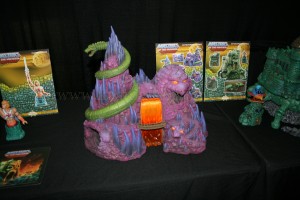 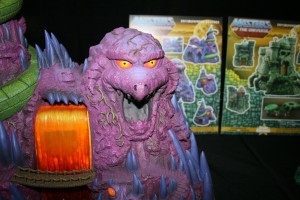 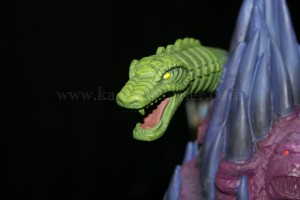 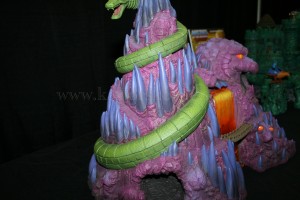 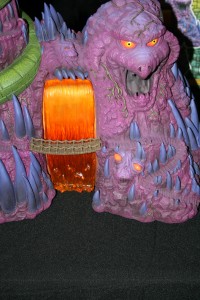 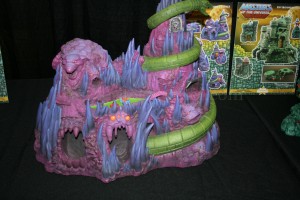 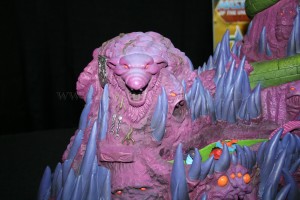 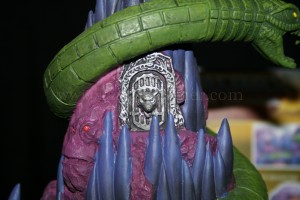 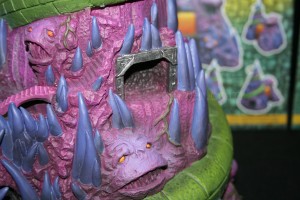 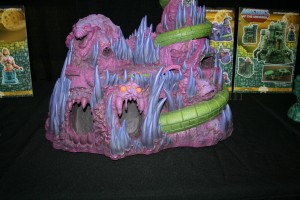 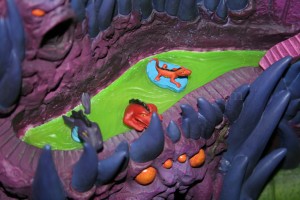 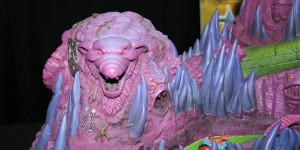 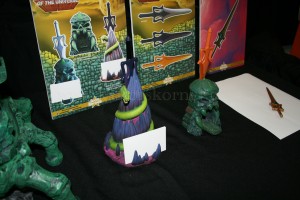 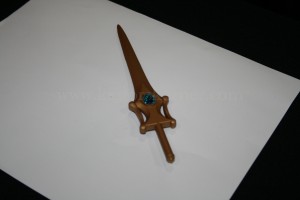 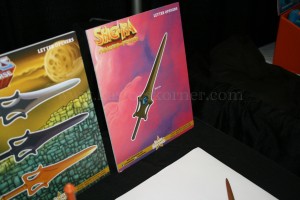 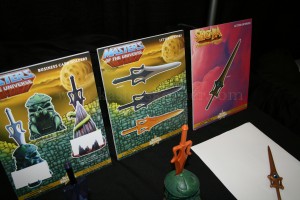 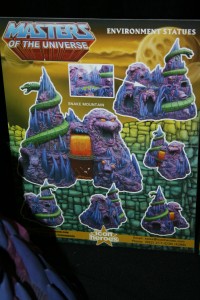 We checked in the the possibly of add more vehicles to these sets, but without some type of bigger package we won’t see individual vehicles. Figures are also another thing fans won’t see for this line, Mattel does not want to take away from their lines, even if they are non pose-able or minimates. Icon Heroes knows there is a demand for them, but it all comes down to what Mattel wants to do with their property.

Also announced was the expansion of the line, with the addition of the She-Ra world. They first thing offered will be a She-Ra letter opener like the other power swords. They were able to work in the gem on the sword, and the first will be gold, while a possible silver may come out in the future. They are also working on the Crystal Palace as a companion piece to the other castles, and maybe a Slime Pit and/or Fright Zone if the Palace does well.

We checked in on the Thundercats line, but for now there is nothing new to announce. The letter opener they teased, may still be a possibly but for now they are focusing on MOTU and their new property, Star Trek.

Icon Heroes have acquired the rights to do some classic Star Trek. They had samples of post-its with colors based on the uniform colors, a set of book ends, a Kligon letter opener, and Spock business card holders. The sculpting on these new pieces are on par with their previous offerings, and will be must have for the Star Trek fans. 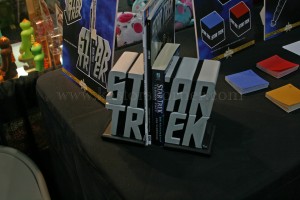 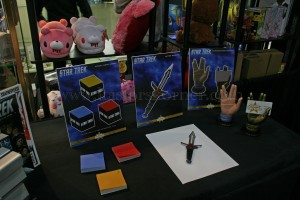 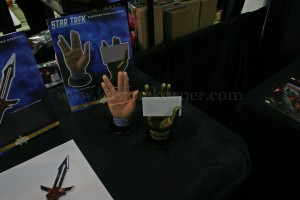 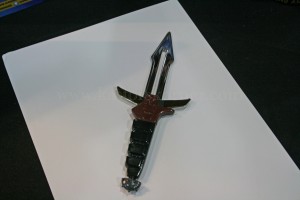 Overall it was a good showing from Icon Heroes this year at Toy Fair. It may be expensive for MOTU fans, but theses pieces are just staining in person. You can find more about their upcoming lines on their website, and check out our reviews of their Thundercats offerings.