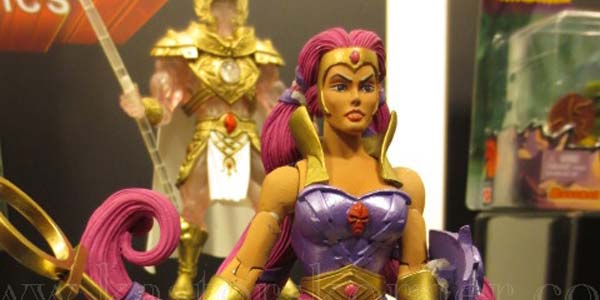 Princess of Power fans had a lot to be happy about after Mattel’s Toy Fair Collector’s event.  Get the latest updates from the land of Eternia!

Masters of the Universe Classics has announced yet another auxiliary club, bringing us closer to completing the Princess of Power characters. Starting in July, Club Etheria is giving us six figures spanning both the vintage toy line and the Filmation cartoon. However, unlike Club Filmation, this subscription is giving us a seventh exclusive figure shipping in October: She-Ra’s heroic wise man of the Crystal Castle, Light Hope! Half of the line up has been previewed, and the excitement for them is palpable, but enthusiasm tempered slightly upon further inspection.

First up in July is Double Mischief, formerly Double Trouble. The glamorous double agent has a face-change action feature with the turn of her ponytail. Her change of allegiance is complete with her crossbow, featuring swappable Rebellion and Horde front pieces! She also is the only original vintage toy not featured in the cartoon, so her outfit is thankfully toy influenced. Cosmetic changed were made to incorporate the action feature, so her necklace is wider, as is the top of her helmet and ponytail. Yet again, her new boots do not feature injection-molded ankles, something that Mattel implemented on their own with the males, yet has been requested of the females for over a year now. Lastly, due to new tooling, she lost her toy-influenced gauntlets. With no other reference to use, it’s a very glaring omission for the sake of budget.

August is Etheria’s answer to Orko, Madame Razz from the Filmation series. She includes Broom, her ride and long-time friend. Though she packs an all-new tool of distinctive shape, the Horsemen ensured all the articulation we grew to love was included, unlike poor Loo Kee and Kowl. Unfortunately, a couple of changes could have been made to have her go from good to great. Her ankles of the sample at Toy Tokyo were the loosest I have ever witnessed. To support that weight, I do question the articulation. If anyone needed injection molded ankles, it’s her. She had tremendous difficulty getting on Broom, and not only because of her feet. Her hands were molded to cast magic, but only her left hand was molded slightly gripped to grab Broom’s arms for flight. The right hand has a lowered thumb, barely able to slide around Broom’s thin appendage. The figure is show-accurate, highly-requested, but questionably executed for long term display.

September is the tricky golden beauty, Entrapta. Her deco is a combination of vintage doll (hence the description) and the cartoon. This had been met with understanding albeit slight frustration, since the figures were finally established to be the vintage toy designs, with the cartoon series’ heads and color palette. Entrapta had the difficulty of both her trademarked description (the cartoon colors were barely golden) and the much loved look of the old toy. She is not vac-metal, and when Four Horsemen painted the bodice, the figure looked flat. If only they tried a two-gold approach, like implementing a gold and silvery-gold, this may have been avoided. She also uses the plain gauntlets seen on Double Mischief, when borrowing wholesale from Castaspella, as the old toy did, should be a wiser option. Having no crossbow, she includes her shield and FilMation shaping staff from the Masters of the Universe series. Her ponytails are ball-jointed off the head, and only a cut joint exists at the very bottom. Again, Mattel is too scared to use what worked with King Hssss. She is a beautiful figure, but will be a character sooner displayed than played with.

Three more figures are coming as well. One appears to be Sweet Bee given the space helmet teased. Another is a $30 figure, presumably Mermista or Granita being popular tool-intensive candidates. Any figure not making the cut should be mutually beneficial to the vintage figure cherry-pickers, and well as die-hard She-Ravers worried their characters aren’t making the cut. Club Etheria is available for purchase now through March 10th, and these gorgeous ladies (and Razz) are worth picking up to fortify your Great Rebellion. Note that these figures will be migrating to the Club Eternia in 2015 if sub order minimums aren’t met, but everything looks promising on Mattel’s end. 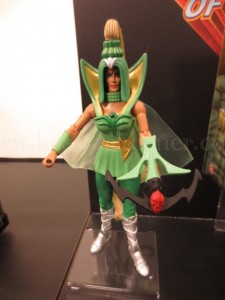 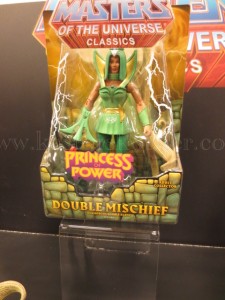 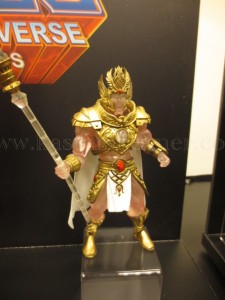 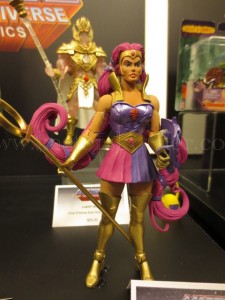 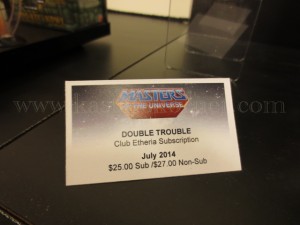 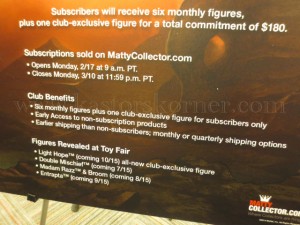 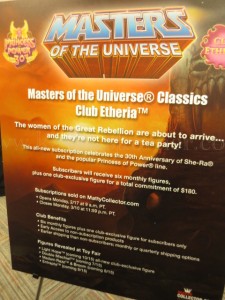 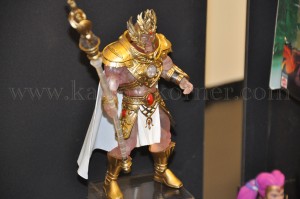 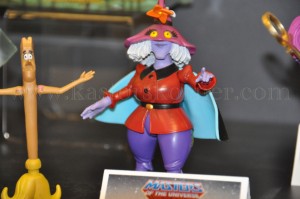 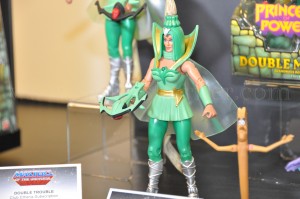