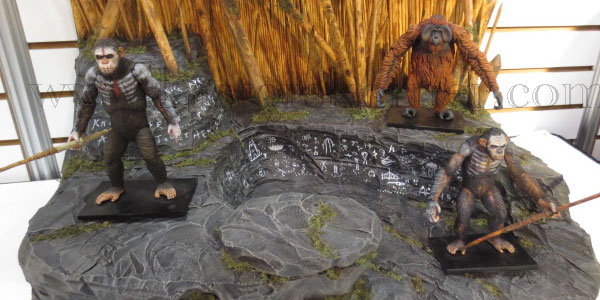 NECA is coming off a truly remarkable 2013, and this year promises to be equally exciting, based on another awesome showing at Toy Fair.

In the past year, NECA has become one of my absolute favorite toy companies.  With their new attention to great articulation and smart design, combined with excellent sculpts and strong source material, their toys are among the absolute best products on the domestic toy market.

The toymakers had a lot of cool new products to show at Toy Fair, which will cover approximately the first half of their 2014 plans.  From classic movies to video games and upcoming blockbusters, NECA is set for another truly awesome year’s worth of toys.

Aliens will expand a lot in 2014, with a focus on the original Ridley Scott masterpiece celebrating its 35th anniversary.  We already saw the release of the new Big Chap in Series Two, and 2014 will bring some of the Nostromo crew to life in plastic form.  Series 3 will include one figure from each of the first three Alien movies, with Kane in his space suit, Bishop from Aliens and the Dog Alien from Alien 3.  John Hurt is notorious for not giving out his license, so Kane’s face has a face hugger permanently attached, having melted through his helmet, which I found to be a very clever work around for the lack of portrait approval.

Also on display was a great Dallas figure with a perfect Tom Skerritt likeness.  Like Kane, Dallas will be in his Nostromo space suit, and this is likely the only Dallas figure we see in the line for the time being.  We know the Alien Queen is coming this year, but the BIG Aliens news was the astonishing Power Loader on display.  This in-scale piece looked perfect, and according to NECA’s Randy Falk might include a figure to pilot it… but who?  There’s one obvious choice, and Randy hinted that a MAJOR likeness rights announcement for Aliens will hopefully be coming very soon.  Fingers crossed for Ripley, guys, it looks like it might just happen after all! 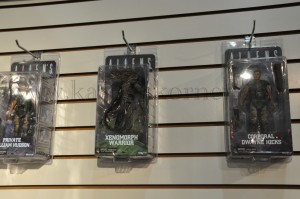 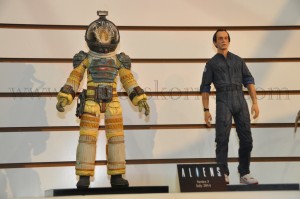 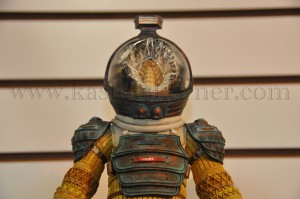 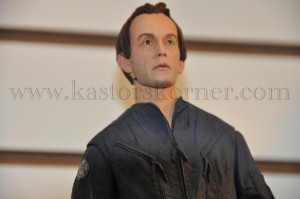 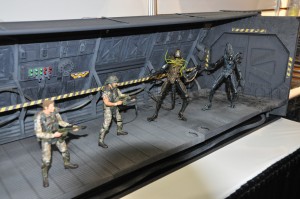 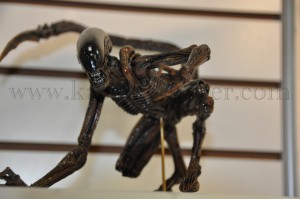 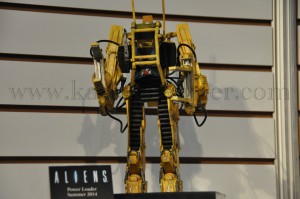 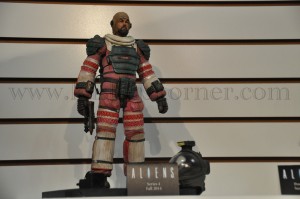 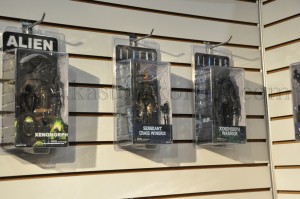 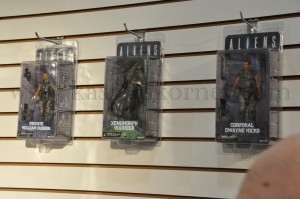 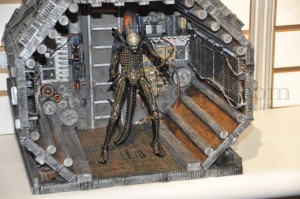 The long-running Predator series will continue with some great new waves.  2013 saw NECA get very creative with new ways to keep the line fresh, and this year will see them push the envelope even further.  Series 12 will include a perfect new Elder Predator from the second movie, with the current articulation pattern, as well as the first ever Dark Horse comic Predators– Bad Blood and Enforcer.  These guys looked incredible, with unique new designs but a familiar sense that should make them fit right in with the overall collection.  Look for them to hit stores in June.

Series 13 will follow in August, with three more Kenner style Predators– Scavage, Cracked Tusk and Renegade.  Scavage and Cracked Tusk looked exactly like their 90s counterparts, while Renegade (Kenner’s “standard” Predator) features a great new reptilian green skin tone which made for a cool looking “stock” Predator.  In addition to the new figures, the first ever Predator vehicle– the Blade Fighter with Predator pilot– was also on display. This ship is HUGE and looked exactly like its Kenner counterpart.  The box set will hit retail in August, so start making the shelf space for this thing now! 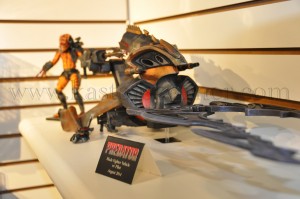 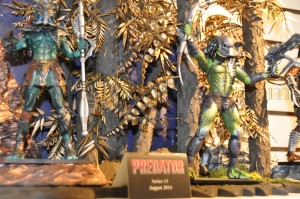 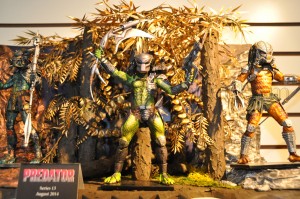 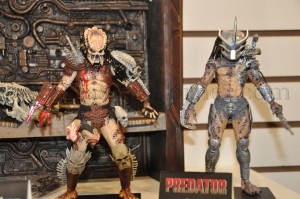 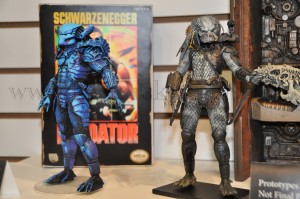 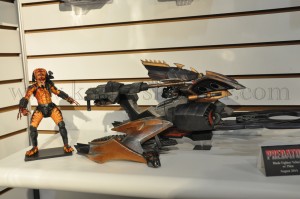 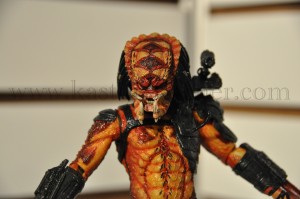 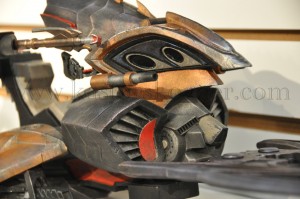 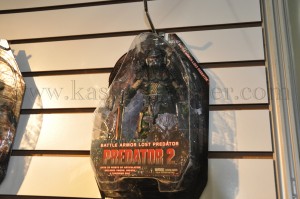 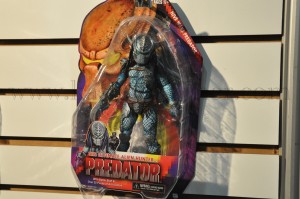 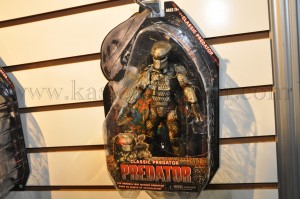 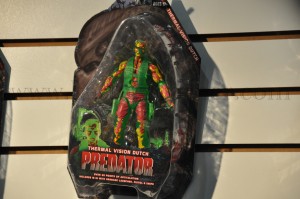 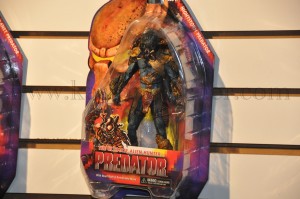 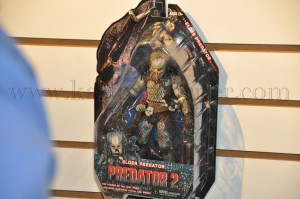 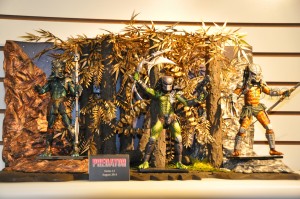 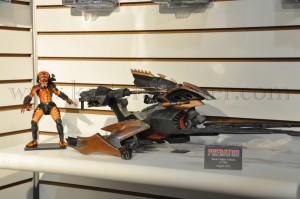 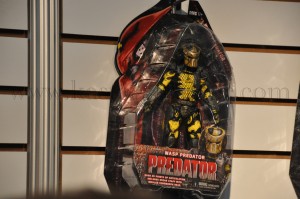 NEXT: Pacific Rim, Planet of the Apes, retro figures & more!