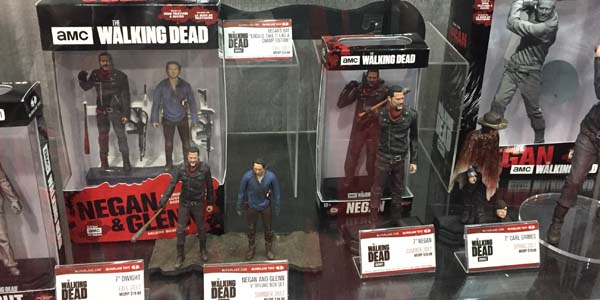 The Walking Dead may have divided fans this season, but there is no doubt the McFarlane line of toys are always improving and delivering amazing sculpts.

There was not a lot on display for The Walking Dead in the McFarlane booth, but what they did have was impressive. Just like the show 2017 is all about Negan, from the figures to the props. There are three versions of Negan this year in all the scales of Walking Dead line. The smaller figure will come in a 2 pack with Glenn, and although Glenn won’t have a smashed head option will be covered in blood spattered head from his time under the dumpster. Negan will also come in the Color Tops line with some posing options for the upper body. Finally Negan will be in the 10 inch line recreating the look of the famous swing of Lucile. And speaking of the famous bat, she will be coming in a full size prop with a new blood covered deco.

Along with Negan Dwight and Carl will be part of the line in 2017, Carl in his new look with the option to be bandaged or not, and in a guts poncho or normal clothes.

What really stands out in this line is how far the technology has come in the 7 years of The Walking Dead. The first few figures were ok, but as the line has evolved the figures have become the most show accurate figures on the market today. 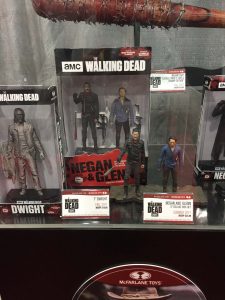 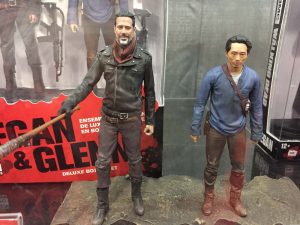 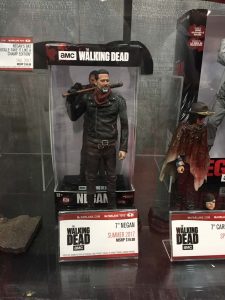 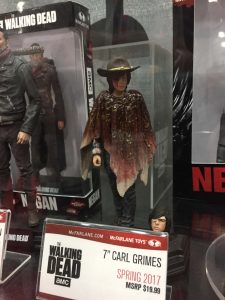 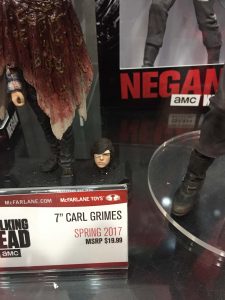 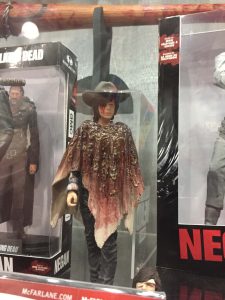 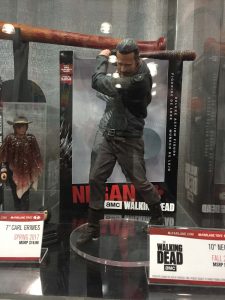 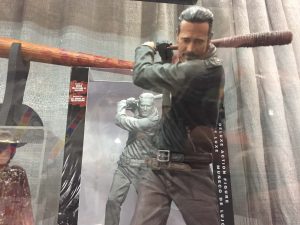 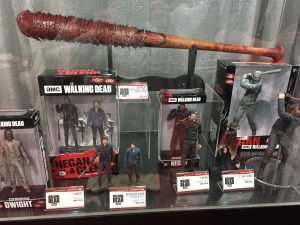