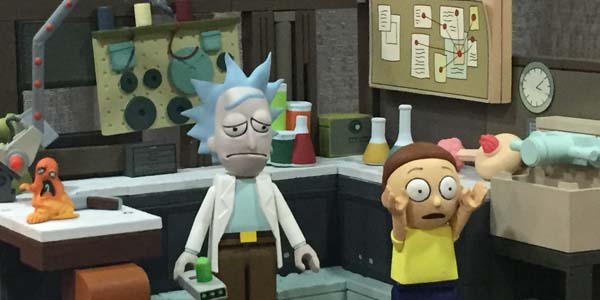 Who knows when we will see more episodes of Rick and Morty, but thankfully McFarlane Toys is holding us over with some fun building toys this fall.

The McFarlane Toys booth was filled with new toys, but besides the Walking Dead figures, Rick and Morty was my top want for 2017. The new building sets from McFarlane Toys will no doubt be the center piece for Rick and Morty fans– they’re not just prop pieces, and they don’t look like just one small section part of a building. Each set is part of something larger, creating full dioramas for collectors. That is one thing that is missing from the collectors world.  Sure, you can build parts of an environment, but they look more like a facade then a true building.

Each of the sets should be available at most retailers, but are sure to be snatched up quickly. The price points are also reasonable, matching the current prices of competitors’ building sets. The difference is with these sets is the designers’ ability to hide the brick look of the parts under a smooth facade. In addition to the brick look of the the sets all the accessories add to the overall value… the ship can hold both Rick and Morty and features an opening hood.

The figures do have a block look to them, but being able to get these sets and a few more could make these the definitive Rick and Morty toys for many collectors. The first wave will have a few versions of Rick and Morty, as well as Jerry, Krombopulos Michael, and Mr. Meeseeks. Each figure has great expressions, helping to bring the show alive in toy form. The McFarlane team said they would like to go deep with both the sets and characters, so make sure you support the line.

For around $70 fans will get have the most of the core cast, and a few key environments from the show… with an infinite number of Rick and Morty variants, the line could be endless. 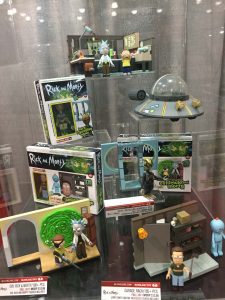 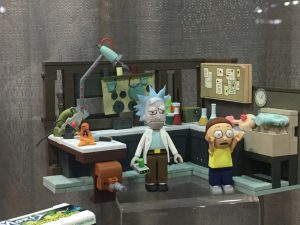 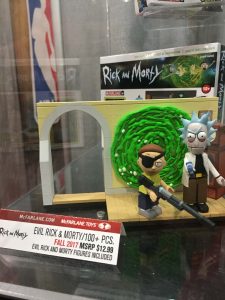 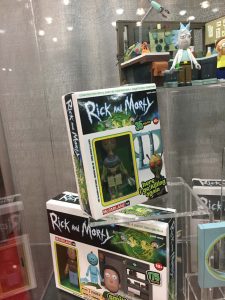 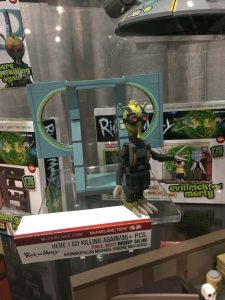 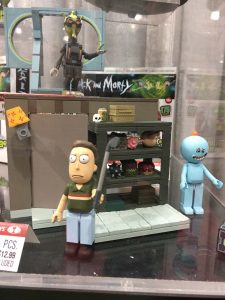 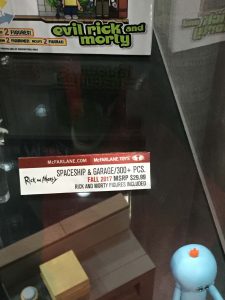 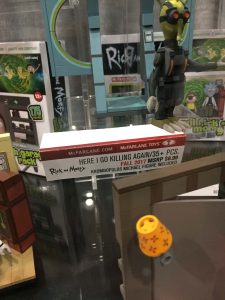 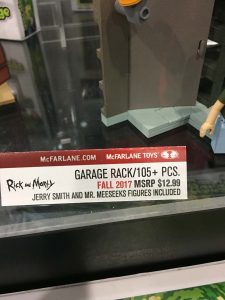 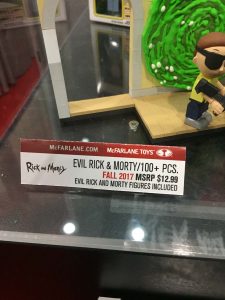