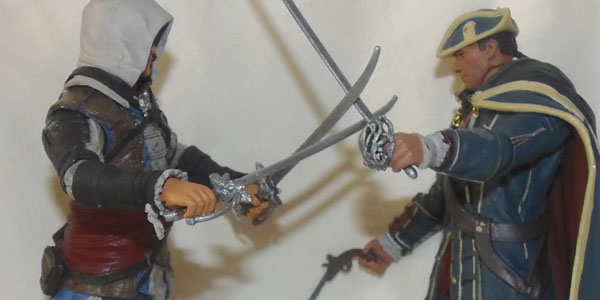 Can Assassin’s Creed jump from the screen to toy shelves with success?

Following the success of Assassin’s Creed on video game consoles Mcfarlane releases series one figures from Assassin’s Creed III figures. Included in this series is Haytham Kenway. Haytham is the son of Edward Kenway and was trained to be an assassin at a young age. Later he became a grand master of the Templar Order where he ruled until his death.

Equipped with a sword and a pistol. Pistol fits in a holster on the right side of the figure. Multiple points of articulation makes posing in battle positions possible.The attention to detail once again is great. Every button buckle and belt shows up nicely on the uniform. The Cape has the family crest in gold on the back. The cape is removable however be really careful the chain that is around the neck of the cape is easily breakable and hard to repair if you break it(yes I broke at and repaired it).The sword and pistol fit nicely in the hands. Even the details on the face down to the 5 o’clock shadow make this figure  a must have for  fans. Lets not forget the exclusive in-game content included with each figure as well.Haytham comes with Edwards unique outfit color  for Assassins Creed IV Black Flag .The hood and shirt are charcoal color instead of white.

The next figure is from series is Edward Kenway from AC IV Black Flag. A Welsh born privateer turned pirate and a member of the Assassins Order. Later Edward married and fathered Haytham.

Equipped with two swords 2 sets of knives that attach to his forearms Edward is one lethal assassin. Again multiple points of articulation and the attention to detail in costume design makes this another desirable figure in your  AC arsenal. Hood is removable but again i wouldn’t recommend removing it as the belts are wrapped around the base of the hood.The exclusive in-game content included with Edward is Kenway Family sword which looks exactly like the dual swords that Edward’s figure comes with.

McFarlane’s mixture of pirates assassins and even an indian make for another exciting series of figures. These can be found at Game Stops and Toys R Us. Grab them before they all disappear. 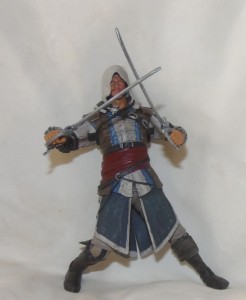 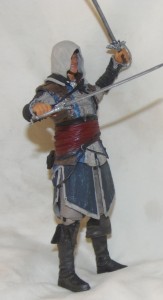 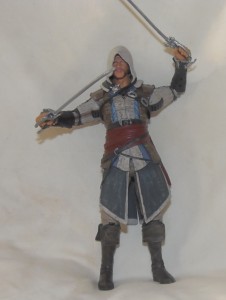 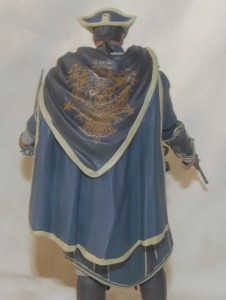 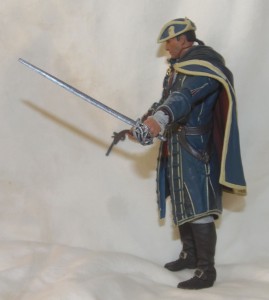 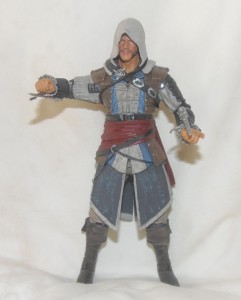 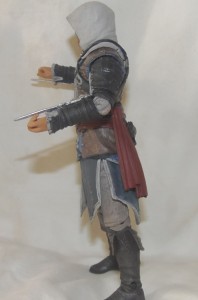 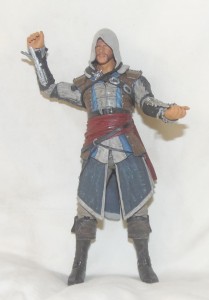 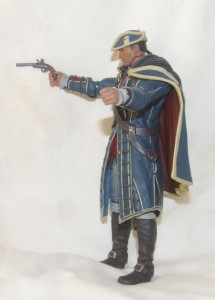 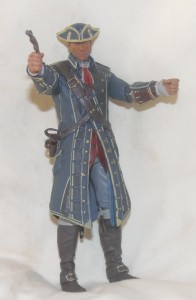 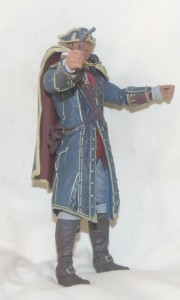 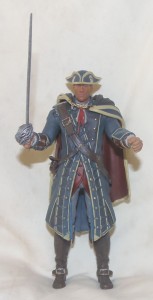 Thanks to McFarlane Toys for the figures for review