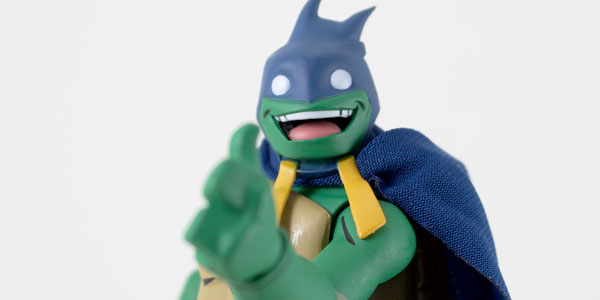 Miss out on SDCC?  Yea…me, too.  But, you can totally feel like you were there by picking up this DC Collectibles SDCC 2019 exclusive Mikey as Batman figure.  And you won’t even have to wait in line next to sweaty, smelly strangers, either! 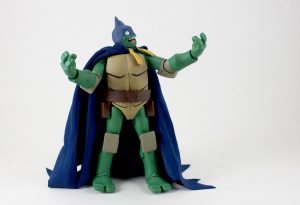 Way back when in the heady days of May 2019, DC Collectibles announced a new exclusive for the upcoming 2019 Comic-Con International: San Diego (better known to us nerds as SDCC): A Teenage Mutant Ninja Turtles Michelangelo as the Caped Crusader, Batman!  Based on the 2019 Warner Brothers animated movie Batman vs the Teenage Mutant Ninja Turtles, and in conjunction with Nickelodeon, the new figure has Mikey, well…donning the Dark Knight’s cape and cowl.

Now, since I’m older than dirt, ya boy kinda missed out on the whole initial TMNT thing.  That’s not to say that I don’t have more than a passing interest in the boys in a half shell, it’s just that they’re not exactly in my wheelhouse, either.  The Turtles are more of an add-on, when it comes to toy collecting for me.  Meaning, the figures are cool enough for me to pick up one or two every now and again (like 2018 TMNT/Ghostbusters mashup or TMNT/WWE mashup figures), but not enough for me to mark most of the toys as “must haves.”

That being said, I had to have this Mikey as Batman figure.  And believe you me, this figure is as much fun as he appears in all the production images.  Based on his appearance in Batman vs the Teenage Mutant Ninja Turtles animated movie (Sidebar:  Anyone else getting a little tired of the whole “vs” phenomenon?  I mean haven’t we all seen enough heroes fighting one another?  Let’s get to the bad guys already.  But…I digress), Mikey sports the goofiest grin while squeezing into Batman’s cowl.  Clearly Mikey doesn’t know who (or what) he’s dealing with when it comes to touching Batman’s stuff.  Forget about tugging on Superman’s cape.  You totally don’t want to mess with Batman’s costume.  Bats could be just slightly less picky about his stuff than my ol’ man when it comes to his tools.

One of the most impressive things about the figure?  The cloth cape.  This is the kind of cape that the Dark Knight would totally sport.  No Elvis inspired half capes here.  This is the real, majestic deal, my friends.  This is the kind of cape that would make even Superman or Thor jealous!  Along with that bitchin cape, Mikey comes with 3 sets of hands (in various states of openness), a slice of pizza, and a sewer lid painted to look like a pizza.  Basically, all the accessories your average, ordinary Ninja Turtle would need to get by. 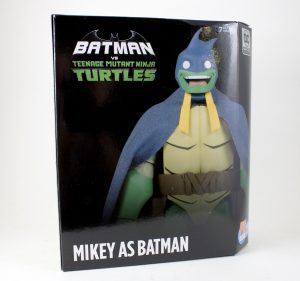 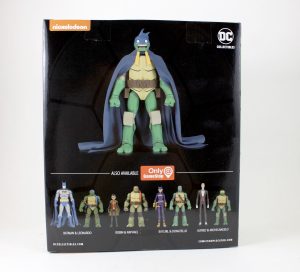 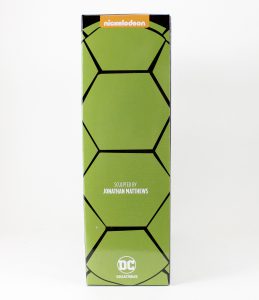 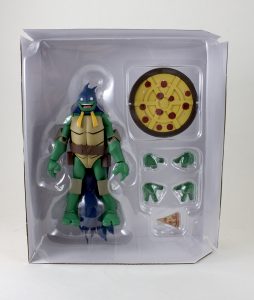 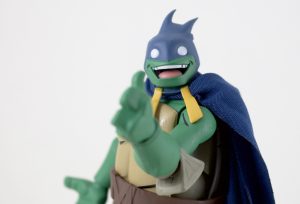 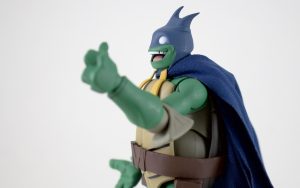 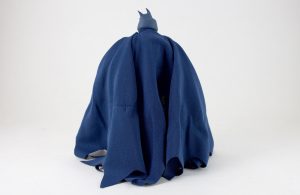 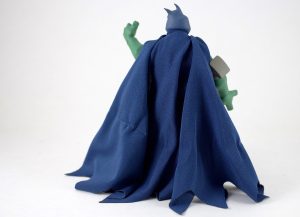 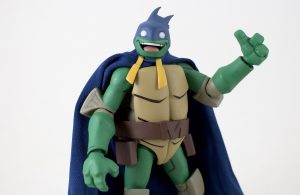 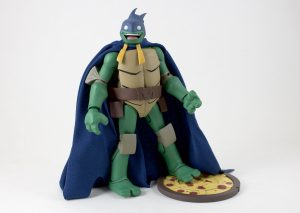 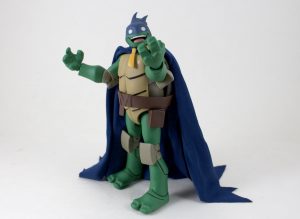 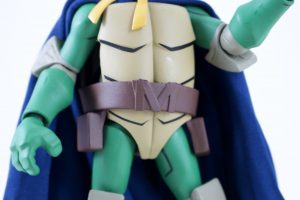 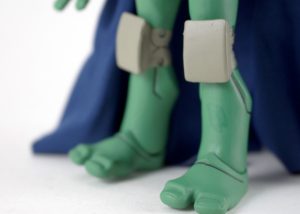 While Mikey is a SDCC exclusive, he is available at most of your favorite online retailers.  The real news, though is that Mikey here is just the beginning.  Coming only to Gamestop in third quarter 2019 are Batman/TMNT 2 packs.  The 2 packs will feature a member of the Bat clan along side a member of the TMNT crüe.  Personally, I’ve already got Batgirl with Donatello and Robin with Rapheal.  With five 2 packs available retailing for $49.99 it was hard to pick just two.  Especially since there’s an Alfred and Mikey 2 pack.  But, since ya boy’s already got a Mikey figure, the choice was totally clear.