Here’s the lineup of exclusives Toys R Us is bringing to Comic Con 2015.

Every year, Toys R Us brings a slew of their own exclusives to Comic Con, and it’s always an equal miss of legit exclusive items, along with some upcoming store exclusives, which are available first at the big show in San Diego.  This year’s lineup has a few surprises– we finally know where Mattel’s long-delayed Batman ’66 Batgirl figure turned up– and as we’ve seen in years past, TRU is giving non-attendees a chance to order these exclusives starting Thursday July 9th at Toysrus.com/ComicConvention.

Here’s a few notes I had real quick:

Here’s the full rundown of 2015 exclusives, straight from Toys R Us:

Building on its tradition of offering an unbeatable assortment of toys for collectors of all ages, Toys“R”Us today revealed its lineup of exclusive figures and playthings that will be available at the highly anticipated Comic Convention in San Diego next month. Conventioneers and online shoppers will find must-have merchandise based on several fan-favorite entertainment brands, including BATMAN™, MY LITTLE PONY, POWER RANGERS™, Star Wars™, TRANSFORMERS and more at the Entertainment Earth booth (#2343) and online at Toysrus.com/ComicConvention from Thursday, July 9 through Sunday, July 12.

“Just as pop culture fans have been eagerly awaiting the 2015 Comic Convention all year long, we have been working with our manufacturing partners to bring a lineup of exclusive products to this year’s show that our conventioneers will clamor for,” said Richard Barry, Executive Vice President, Global Chief Merchandising Officer, Toys“R”Us, Inc. “We are thrilled to share these collectibles, along with our new, easy-to-navigate, dedicated online and in-store shop, ‘Collector Vector,’ with our avid collector community who has long looked to Toys“R”Us as the destination for these unique items.”

The following Toys“R”Us exclusives will be available at the Comic Convention and online at Toysrus.com/ComicConvention beginning Thursday, July 9: 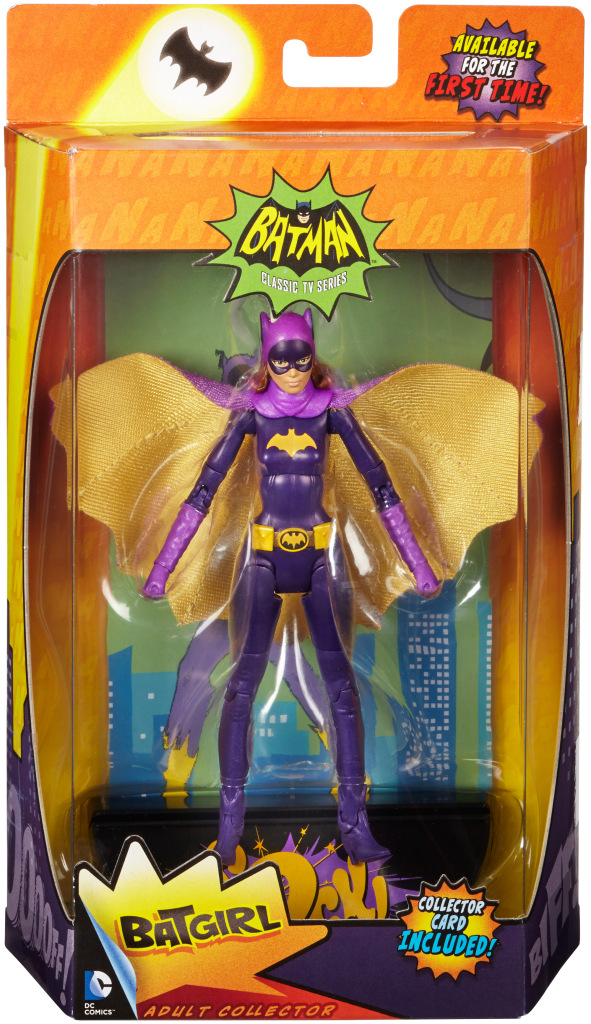 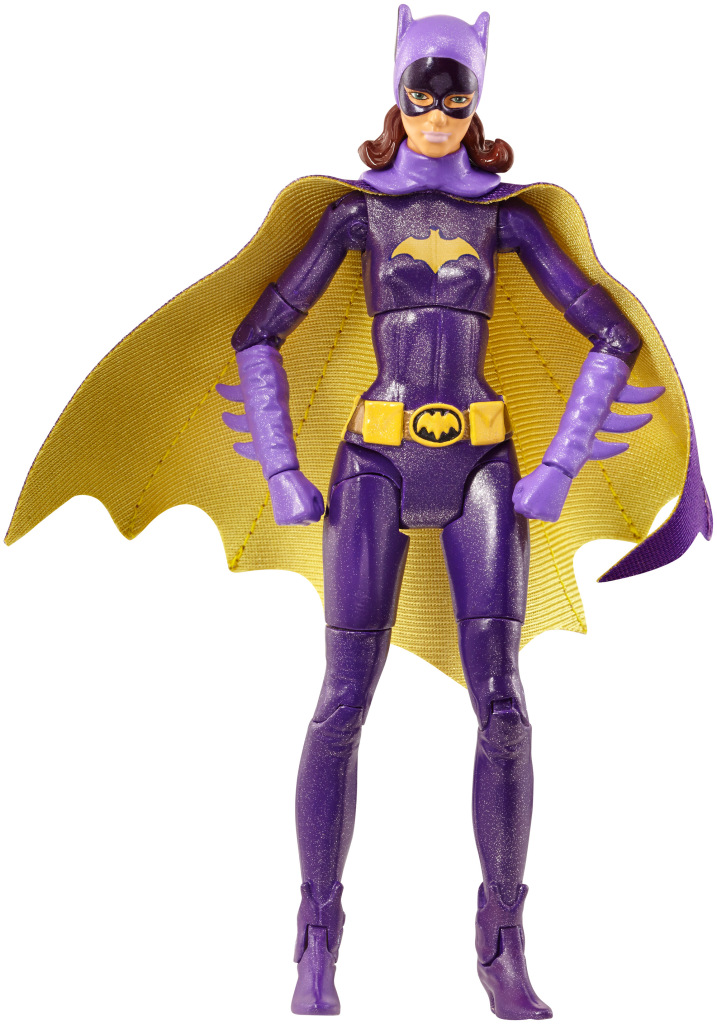 Brave and beautiful in 6-inch scale, and rendered in actress Yvonne Craig’s likeness, this classic TV series Batgirl features dynamic, iconic colors, a two-sided soft goods cape and 16 points of articulation for ultimate playtime action and posing. Collectors can display her on the included base and choose between one of two retro cityscape backdrops. Available only at the Comic Convention and online at Toysrus.com/ComicConvention.

BATMAN™ vs Harley Quinn from Schleich® 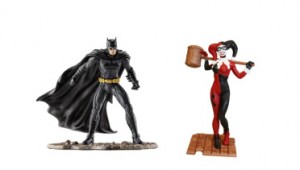 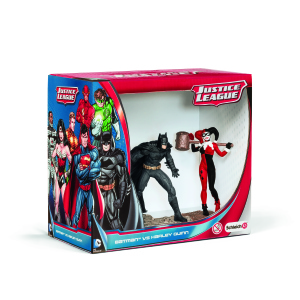 With this two-pack, supervillain Harley Quinn leads her own battle against the formidable and legendary BATMAN™. Complete with her signature black and red harlequin costume, this figure’s false smile hides a sneaky criminal, so BATMAN will need all of his high-flying skills to fight her. Available only at the Comic Convention and online at Toysrus.com/ComicConvention. 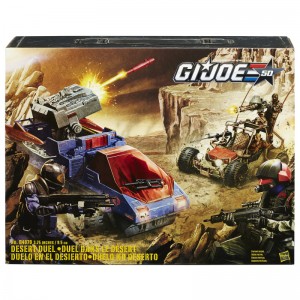 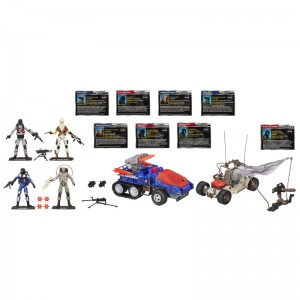 It’s a fast-firing, high-rolling G.I. JOE-Cobra battle with this DESERT DUEL pack. Complete with a Cobra Basilisk tank and an Elite Horseman figure to drive it, fans can load missiles in the elevating, rotating launcher, making the set’s Cobra Air Trooper figure a rolling nightmare for the G.I. JOE commandos. But with the included Philip “Chuckles” Provost figure, kids and collectors can fold out the camouflage canopy on the F.O.E. Striker 4-wheeler and take aim at enemies with the poseable cannon. And, if the pack’s Night Fox figure has to pursue enemies on foot, the cannon comes off the vehicle. Available only at the Comic Convention and online at Toysrus.com/ComicConvention. 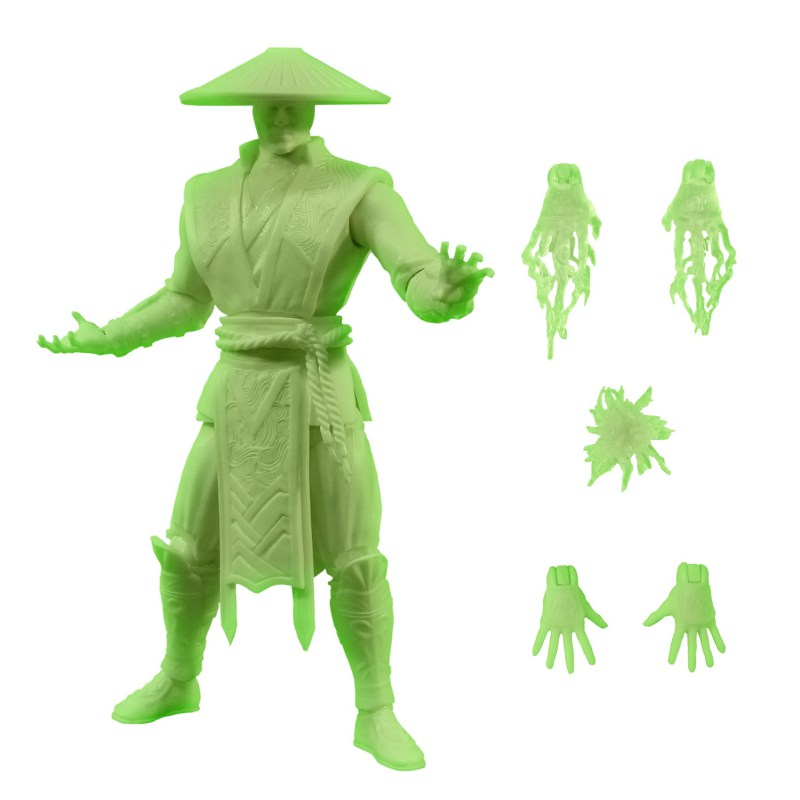 As befits Raiden, the Elder God of Thunder, this 6-inch scale figure features 23 points of articulation, many with ball joints, allowing collectors to recreate all the moves and poses that have made Raiden part of Mortal Kombat gaming legend. Raiden comes complete in a displayable collector-friendly blister card, as well as with alternate lightning hands and a lightening ball. To ensure a game-accurate likeness, each figure is sculpted using the digital files from the game developers themselves. Available only at the Comic Convention and online at Toysrus.com/ComicConvention. 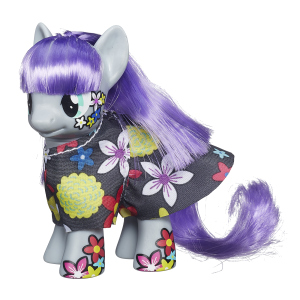 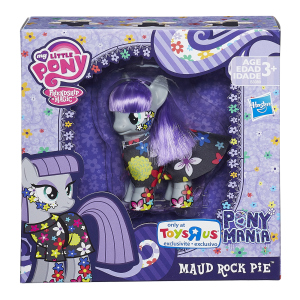 Fans can join in on Ponymania with PINKIE PIE’S sister, MAUD ROCK PIE™. This detailed and beautiful pony comes complete with an outfit featuring all kinds of flowers, perfect for kids and collectors looking to have the best MY LITTLE PONY adventures. This item will become available at Toys“R”Us stores later this year.

MY LITTLE PONY DARING DO DAZZLE™ from Hasbro® 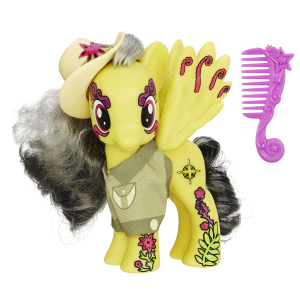 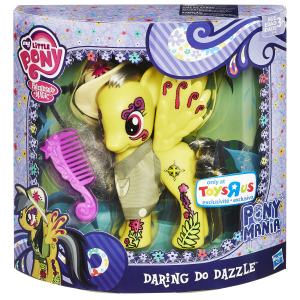 Fun is on its way with this storybook pony pal who loves adventure. This DARING DO DAZZLE™ figure is an intrepid pony and she’ll bring the magic of friendship to all fans’ MY LITTLE PONY playtime. She’s got the outfit and hat for fun on safari, and fashionistas can style her hair with the included comb so she never looks less than fabulous. This item will become available at Toys“R”Us stores later this year. 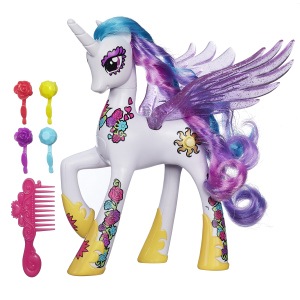 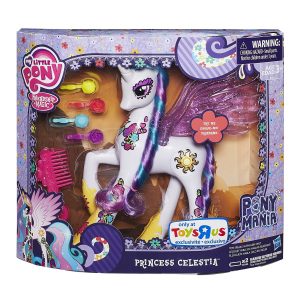 PRINCESS CELESTIA™ is a kindhearted pony who spreads friendship wherever she goes. This talking figure’s incredible wings light up and move, and she wears the crown of a true princess. Fans can experience their own PRINCESS CELESTIA pony adventure for $20. This item will become available at Toys“R”Us stores later this year. 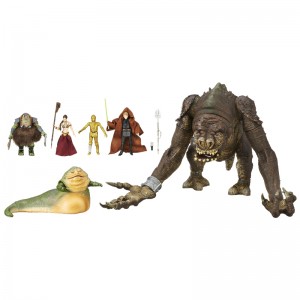 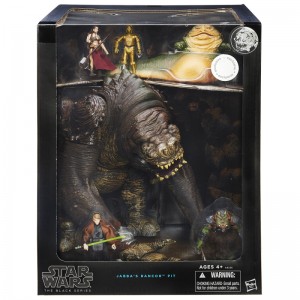 Star Wars™ fans can re-create one of the biggest battles and missions in the Star Wars Saga with this set from The Black Series. Jabba’s Rancor™ Pit includes highly articulated 6-inch figures, all of which are featured in the epic Return of the Jedi scene where Jabba the Hut throws a Gamorrean Guard and Luke Skywalker into the Rancor Pit, while Princess Leia looks on in horror. This item will become available at Toys“R”Us stores later this year. 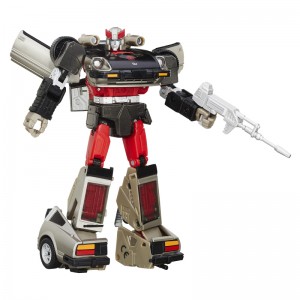 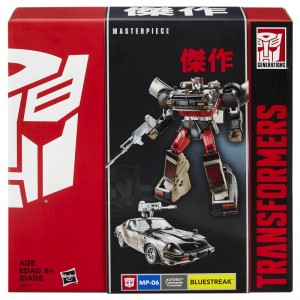 What’s the most unstoppable thing on the battlefield? The mouth of Bluestreak. He never stops talking and he’s not a fan of silence. He likes the Decepticons even less. If words were fireblasts, Bluestreak would have wiped out the Decepticons long ago. This highly detailed figure easily converts from robot mode to sports car mode for added play, and comes with a blaster that jumps out whenever he sets his sights on Decepticons. This item will become available at Toys“R”Us stores later this year. 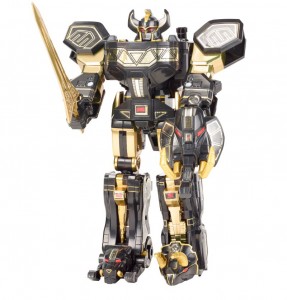 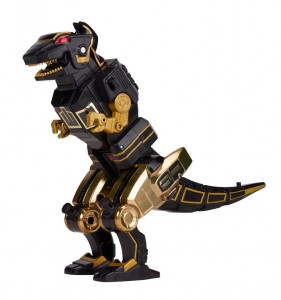 After 20 years of POWER RANGERS™ action and excitement, fans can return to the beginning with this original MIGHTY MORPHIN POWER RANGERS Megazord. This limited edition Legacy Megazord with premium diecast parts will be available to conventioneers and online shoppers in black and gold. This item will become available at Toys“R”Us stores later this year.