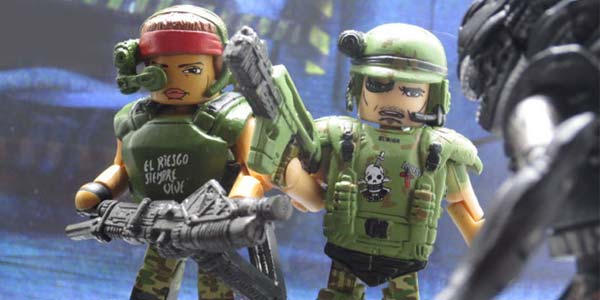 I’m hooked on Diamond Select’s Aliens MiniMates line.  The ability to army build not only Xenomorph warriors, but also amass the entire squad of Colonial Marines for them to fight has been a real trip.  And now we’re two steps closer to completing the platoon, thanks to the Toys R Us exclusive two-packs featuring Pvt Vasquez and Cpl Hudson.  I’m not sure if I just missed the news, or if these sets were unannounced, but it was a totally cool surprise to see myself staring them in the face at one of my local TRU’s.

Each Marine is packed with an Alien Warrior– Vazquez faces a battle damaged Xenomorph covered in green acid blood, while Hudson squares off against an open-mouthed creature, bearing its teeth in mid-screech.  There’s no wasted spots here, as the Aliens fit in perfectly with the other drones we’ve seen in the line, while the new marines build on our army.

If you have any of the other standard Marines, Hudson won’t come as a big surprise.  He shares the short sleeved camo uniform with Hicks, along with the boots, helmet and body armor, which is customized to match Hudson’s on screen decorations.  The smart ass solider includes a pulse rifle, as well as an alternate hairpiece featuring his mussed up, matted down brown hair.  Both the hair and helmet work perfectly with his less-than-frosty facial expression, which does a great job of catching the character early in the process of his iconic meltdown.

Vazquez is the second smart gunner we’ve seen in the line, and while she shares the same body armor and rifle as Drake, her armor is decorated to match her on screen appearance.  The tough-as-nails trooper features her headset and signature red headband, as well as a second hairpiece with the bandana but no headset.  Vazquez is a total fan favorite in Aliens, and her MiniMate is a great tribute to this awesome character.

Each two-pack also includes another Aliens-related accessory.  The Vazquez pack includes another Face Hugger (always a handy thing to have for an Aliens toy line), while Hudson packs in a cool new Chest Burster hatchling, which features a nice amount of detail and an overall aesthetic very similar to the matured Alien drones.

The Toys R Us edition Aliens MiniMates also feature two-packs with Ripley and Cpl Hicks, both opposite more Xenomorphs.  This is a great opportunity to nab our two heroes if you missed the specialty shop releases.  I’m excited how close we’re getting to completing the Colonial marines army in this line!  In under a year, we only need four Marines and Bishop and Newt, in order to have the entire core cast of the movie.  I love Diamond Select’s commitment to team building, and the fact that these are some of the coolest, most intricate MiniMates they’ve done yet makes these one of the coolest toy lines I’ve collected in quite some time. 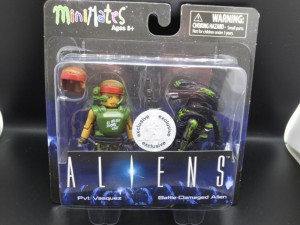 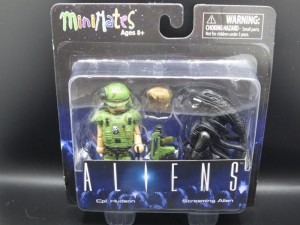 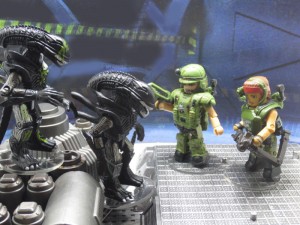 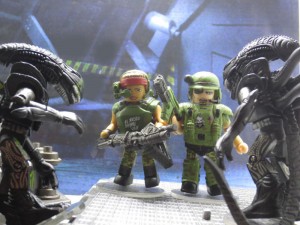 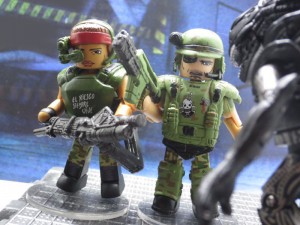 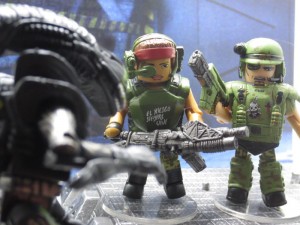 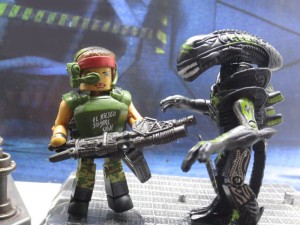 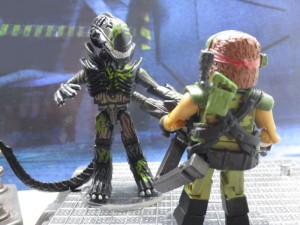 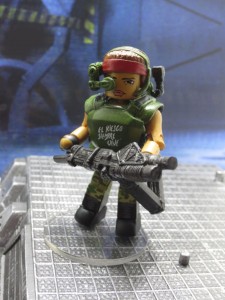 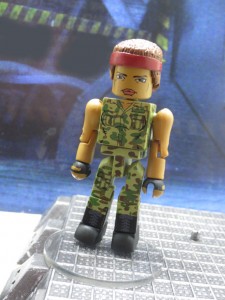 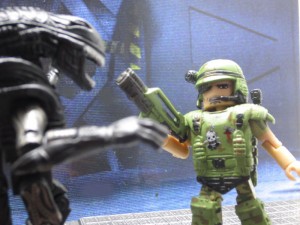 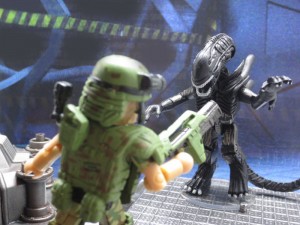 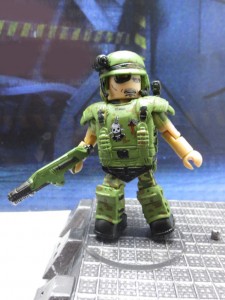 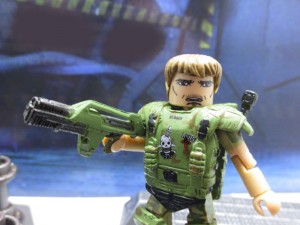 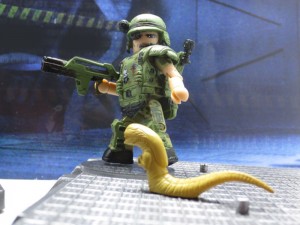 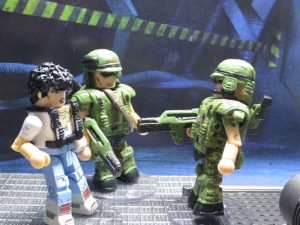 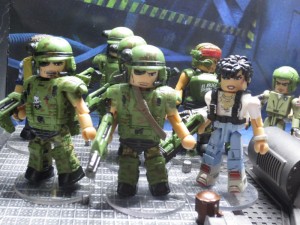 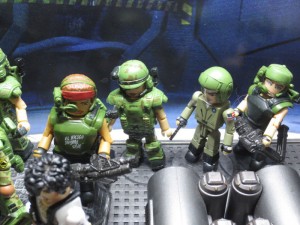 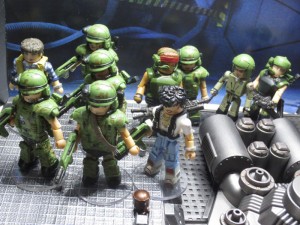 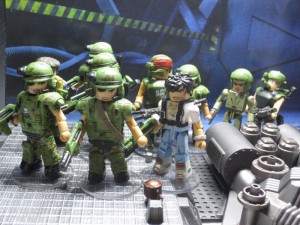