Here’s What Toys R Us Is Bringing To Comic-Con 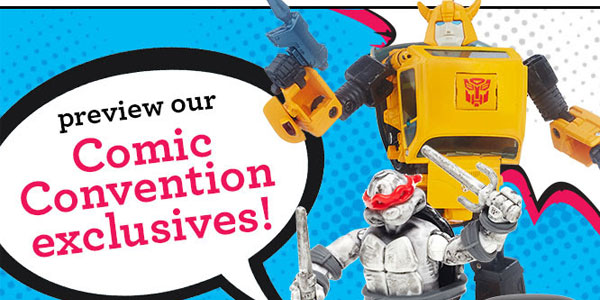 EIGHTEEN exclusives make up this year’s Comic-Con slate from Toys R Us. Check them out now!

Once again, Toys R Us is offering their own lineup of exclusives at San Diego Comic Con, and this diverse lineup is a mix of toys for all ages… as well as a mix of true exclusives and early release “First at SDCC” items.

I think everyone will probably have their own favorites from this collection, but for my money those Mirage-inspired Teenage Mutant Ninja Turtle Mega Bloks sets are the big winners.  They look fantastic, and the apartment fight between Raphael and Casey Jones, and the rooftop where Leonardo faced off with the Shredder one-on-one are the perfect playset environments for this series.

The Masterpiece Bumblebee from Hasbro is looking plenty slick, too, as is the new three-pack of Astromech Droids from the 6″ scale Star Wars Black Series.  And the Teen Titans Pops– featuring the kids cosplaying as other heroes– seem like the perfect nod to Comic-Con.

Here’s the full rundown of all TRU’s exclusives.  These will be available at SDCC at the Entertainment Earth Booth #2343… and a limited amount will also be available online at ToysRUs.com/ComicConvention starting Thursday July 21st. 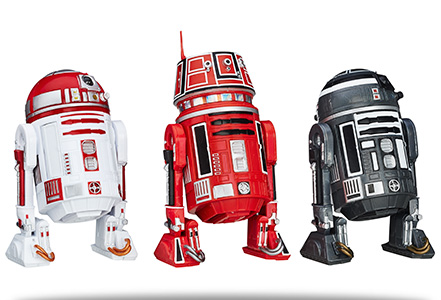 Build your Star Wars collection with the Astromech Droid 3-Pack from The Black Series! This collectable showcase of the heroic droids from the Battle of Yavin features exquisite craftsmanship, multiple points of articulation and premium detail that only The Black Series from Hasbro and Star Wars can offer! 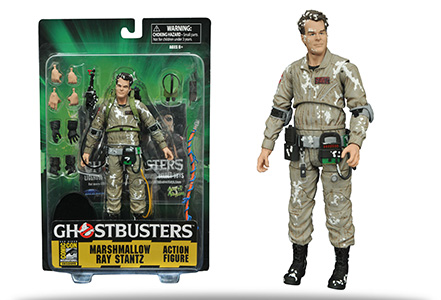 It’s a Ghostbusters summer! This 7-inch action figure of Ghostbuster Ray Stantz shows him covered with marshmallow, having just survived a close encounter with the Stay Puft Marshmallow Man. The figure features approximately 16 points of articulation, full ghost-busting gear and a display base. 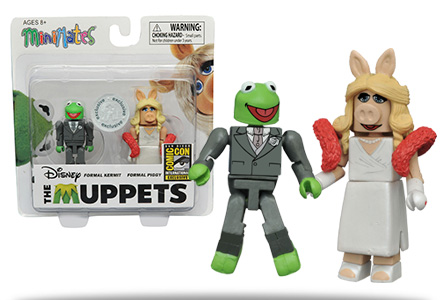 This exclusive 2-pack of Muppets Minimates features Kermit and Miss Piggy in their finest formalwear, in special convention packaging. Each 2-inch Minimates minifigure features up to 14 points of articulation and fully interchangeable parts! 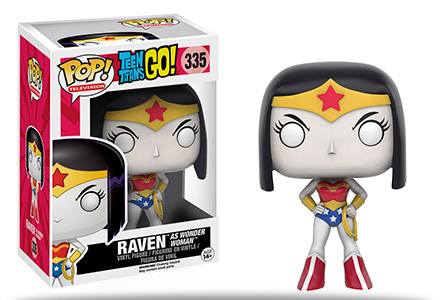 The sarcastic teen demon and daughter of Trigon from Cartoon Network’s Teen Titans Go! gets the Pop! Vinyl treatment! Raven makes a perfect addition, and looks very much like her small screen counterpart! This Toys”R”Us exclusive figure measures 3.75 inches tall and comes in window display box. 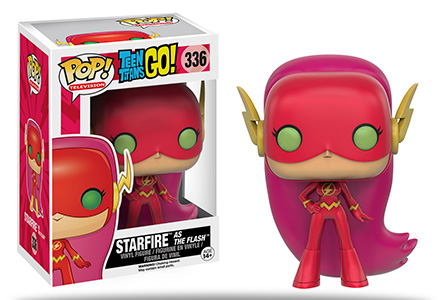 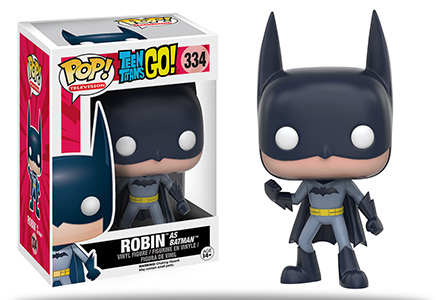 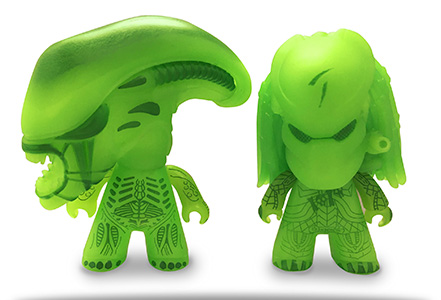 From Fox and Titan Merchandise! Whoever wins…we lose. It’s our planet…it’s their war! Recreate the AvP: Alien vs. Predator battles with these two sci-fi legends of cinema with these amazing glow-in-the-dark figures! Only one species can win. A must-have for all sci-fi fans! 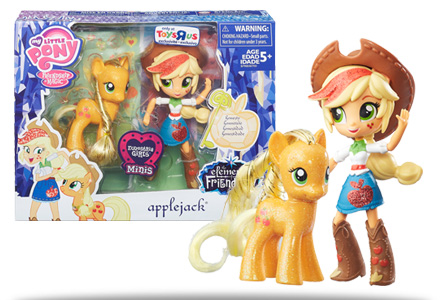 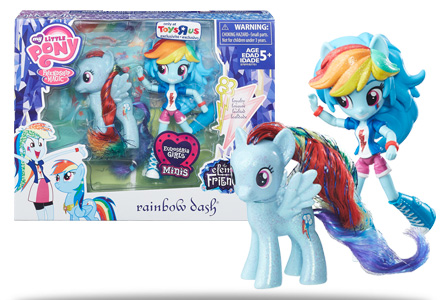 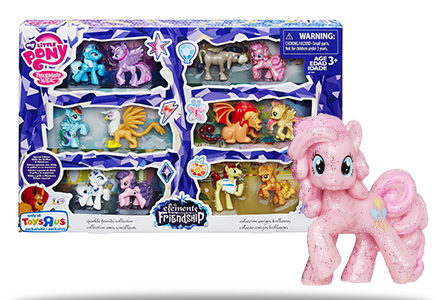 This group of My Little Pony friends and foes haven’t always been friends. This Elements of Harmony collection features 6 friend figures paired together with 6 foe figures, in detail that is true to the My Little Pony Friendship is Magic television series. 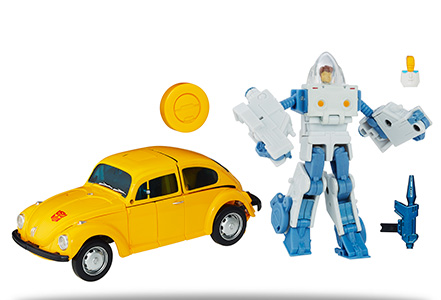 This Masterpiece Bumblebee figure is inspired by the classic 1986 Transformers animated movie, and depicts the Autobot scout in his G1 Volkswagen Beetle form. This ultra-premium, collectible figure is a must-have for any Transformers collection, and comes with an Exosuit Spike Witwicky figure. 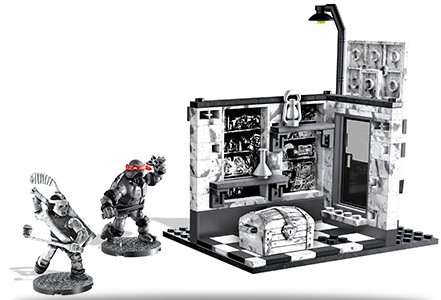 The now-classic showdown marks the first appearance of fan-favorite Casey Jones and his brutal battle with Raphael. The set features two highly detailed micro action figures complete with their own manhole cover, removable accessories and signature weapons. Ages 10 & up. 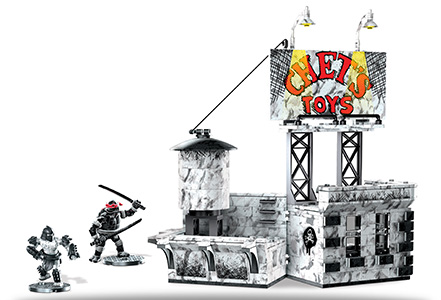 Get ready to recreate a monumental Turtle clash, as Leonardo battles Shredder to avenge his master! The set features two highly detailed micro action figures complete with their own manhole cover, removable accessories and signature weapons. Ages 10 & up. 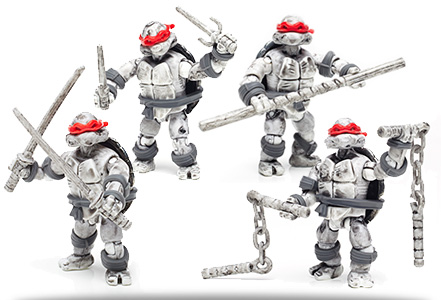 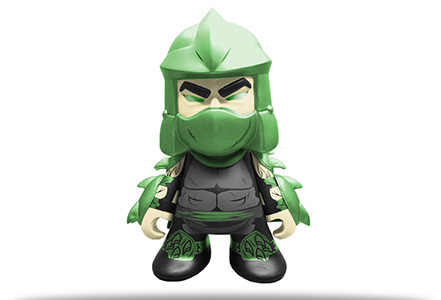 Kidrobot brings the menacing Shredder to life with a brand new medium vinyl figure, perfect for any TMNT fan! Designed in the style the original ’80s TMNT series, this vinyl figure is a Toys”R”Us exclusive. Get Shredding! 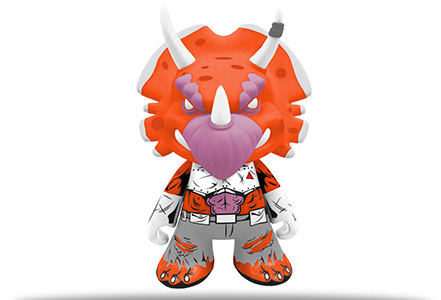 Kidrobot brings the fan-favorite Triceraton to life with a brand new medium vinyl figure! Triceratons are a kick-butt alien race from the original ’80s TMNT series—now you can bring one to your home planet! A Toys”R”Us exclusive! 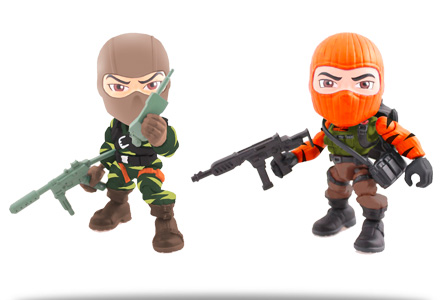 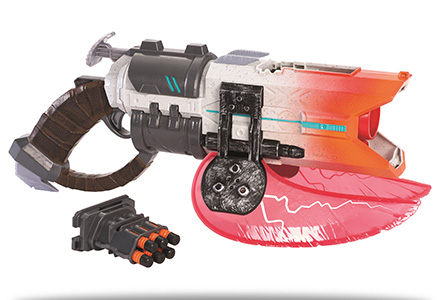 Featured in Halo Wars 2, this blaster fires multiple darts without needing to reload—the Brute Spiker can keep the action going with the included 6-dart QwikClip™, designed not to jam. You can also upgrade to a 20- or 40-dart QwikClip™ for supreme blaster firepower!