Why Can’t You Get All The Toys From Toy Fair? 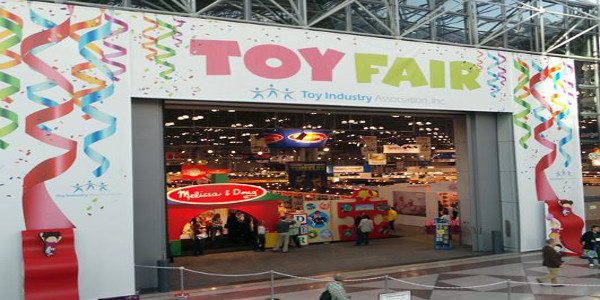 If Toy Fair shows it, why can’t I find it?

Toy Fair is this upcoming weekend, and as always, manufacturers plan to show us a whole lot of great toys, action figures, statues, games, props, etc. So, it’s a natural assumption that everything you see at Toy Fair you’ll be able to buy. But, unfortunately, this isn’t always the case.

This, of course, causes many fans to fly off the handle and blame the manufacturer for not making the toys they displayed at the fair. This is just a total lack of knowledge on the fans’ part. Why? Bottom line, no manufacturer can force a store to stock their items. It’s that simple. Some fans will argue that the manufacturers can, but they just don’t how the entire process works.

So how does it work? How does it go from concept to a toy in your hand? The answer is the manufacturing process.

As you’re reading this, you might be saying to yourself: “How does he know all of this?” “Who does he think he is?” Well, my background is 18 years in supply chain management. That’s a major component of the process involved in the production and distribution of a new product. So, I have a good idea of how it works, and I hope to clear some things up.

Now mind you, this is the brief version.

Every toy starts with an idea. That idea is then researched to see if there’s an actual market need or demand for it. If the idea is a licensed property, then the manufacturer needs to convince the license owner of the product demand and negotiate a licensing fee to be paid to the owner of the design (licensor). Then the manufacturer (licensee) determines how much it would cost to produce the finished good. From there the manufacturer creates a prototype or mock product. If the development team thinks the mock-up will be a market winner, then an approval model is created. Next, the manufacturer sends the second-generation design to the license holder to approve.

Once the license holder approves the model, the manufacturer builds a small production run. Approval production samples are sent to marketing, manufacturing, and the license holder for the final sign off. When the production samples are all approved, sales and marketing reaches out to the buyers of the various big box and smaller stores to see if there is still an interest. If the interest exists, the store’s buyer will place an order with the manufacturer. Sometimes the manufacturer will reach out to the stores one on one, other times they show off the products at Toy Fair.

So, it’s the store buyer that determines which stores gets the new toy line and determines how many units to buy. When the orders for the new toys are received, the toys are manufactured and shipped out to the stores or store’s warehouses, for sale to consumers.

At this point, the manufacturer no longer has control of the situation. From there it goes to the store’s distribution center, where it is divided up and shipped to the individual stores. This is based on a decision made by the store’s buyer or marketing department. It’s up to the store to determine what it gets and how much. Sometimes, the new stock isn’t put out, until the old stock is completely sold.

Although the entire process can be frustrating, in most cases, there is very little manufacturers like Hasbro and Mattel can do. They have no control over product placement in the stores. They can try to talk to the stores, but the manufacturers usually deal with things on a corporate level, not the store level.

Moreover, there is still a ton of stuff that was shown at Toy Fair but never got the attention of the store buyers. A lot of smaller manufacturing companies have their own online stores so they can rely on their website to generate orders. However, many of the larger companies don’t have online storefronts, and a lot of times the new product gets scrapped. All that hard work just gets written off as a loss, and the product dies before it ever comes to life.

In the end, we can only hope what we see at Toy Fair will actually make it into our hands.