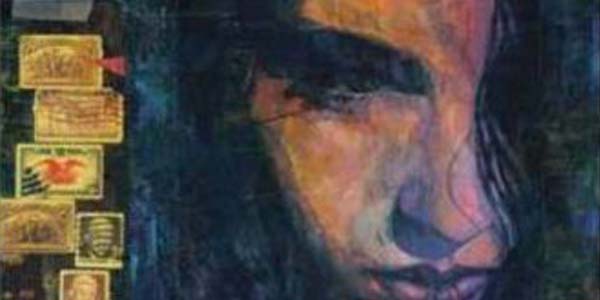 With all the new hype about Netflix’s new Jessica Jones series, I wanted to get to know our hero a little better.

Alias follows the life of Jessica Jones, private investigator. Jones is a mutant, and is considered in some circles to be a super-hero, although that description doesn’t fit her very well. She’s complex, not totally likeable, and very identifiable as a real person. She has super powers but chooses not to use them, and while Alias doesn’t clearly say what those powers are, we learn early on that she has a mean left hook and later on she breaks a shot glass in her hand which causes no cuts or injuries.

As the story progresses, more of Jessica’s history and powers are revealed, and there are a lot of cameos from more famous Marvel heroes. The appearances of other heroes is pretty neat for readers who are familiar with the Marvel universe, but it doesn’t prohibit people who haven’t read from starting this book.

There’s a little of everything in Alias, as Jessica takes a normal case which leads her to a large government conspiracy, which provides action and also shows Jessica’s skills as a detective. The major story arc aside, I found that the heart of Alias is Jessica’s complicated but endearing personality… I think that many of us will see our own traits in her life.

Alias Volume One somewhat pricey compared to other graphic novels, but it’s also pretty long, and I think that it’s a smart buy.  The series has the “MAX” rating which is comparable to a R-rated movie. Brian Michael Bendis writes some pretty gritty stuff here. I didn’t find it to be offensive, but there’s a lot of profanity thoughout. The artwork is dark and moody, a refreshing change from the typically glammed out super-hero books, and the style fits the character perfectly.

After watching Episode 1 of Jessica Jones on Netfix I grabbed this trade paperback right away, and learned a lot about Jessica.  So much that after watching more episodes of the Netflix series, I was once again impressed by how well Netfix and Marvel have collaborated to give us great TV. As for the book JQ gives this book a 8.5/10.