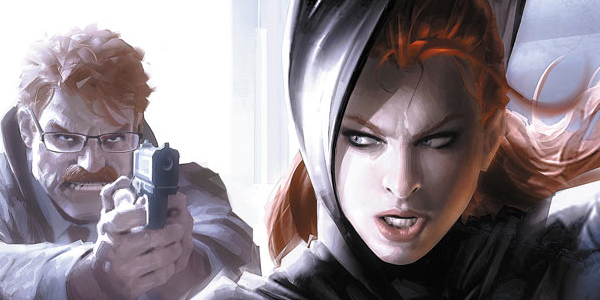 Looking for a great superhero story? Batgirl: Wanted might be the book for you this week.

People (myself included) give DC’s New 52 a lot of flack, but most of it is just that the hard core fans feel cheated. In my opinion the New 52 has more high points than low points. One of those high points is Batgirl. Yes the how she has regained the use of her legs has been mentioned but not explained in the detail that we all want for clarity. I will say this though…without Gail Simone at the helm there is NO BATGIRL! Simone has written her with personality that makes Barbara just plain likeable! In the TBP Wanted (aka Vol. IV) Fernando Pasarin and Daniel Sampere offer some amazing art to help bring Simone’s words to life. 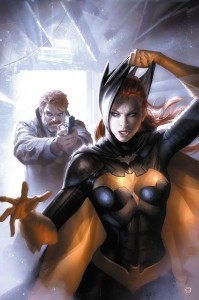 In this volume Barbara struggles to continue to fight crime after being emotionally drained from the events of Death of a Family and the death of her brother (or is he, read Suicide Squad to find that out). Not only has the death of James Gordon, Jr. been tough on Barbara, but it has been an emotional rollercoaster for Commissioner Gordon. Her relationship with Batman is on the ropes and now her father wants Batgirl captured for questioning in his son’s death. To add more drama we get the introduction of the New 52’s Ventriloquist, and its not your Batman: TAS looking old guy either.  This female version of the Ventriloquist is relentless and out for blood. Can Batgirl help save the city from this mad woman, do it without Batman’s help, and not get caught by Gotham PD?

This TPB collects Batgirl issues #19-25 from the New 52. You can ask your local comic shop or click the Amazon link here and buy your copy.  Batgirl: Wanted gets a JQ rating of 8.75/10.