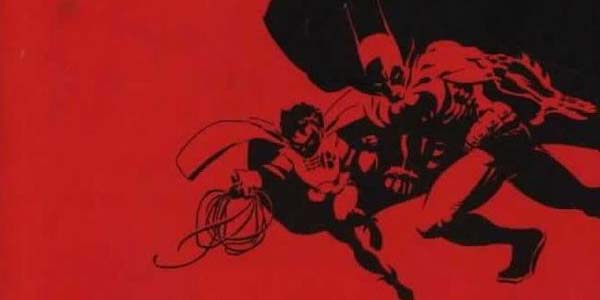 I decided to take it back to the old school with this one– let’s take a look at the team up of Jeph Loeb and Tim Sale with Batman: Dark Victory.

This TPB collects issues #0-13 of the series that has Jeph Loeb’s amazing writing (as usual) and Tim Sale’s one of kind take on the iconic Batman.  Dark Victory is the sequel to The Long Halloween that ties some of the loose ends that was left open to the world, and is yet again fantastic! Here is a little break down about this story:

Gotham City was once a town controlled by organized crime, now she suddenly finds herself being run by lawless freaks. Witnessing his city’s dark evolution, Batman completes his transformation into the city’s greatest defender. He faces multiple threats, including the seeming return of a serial killer called Holiday. Batman’s previous investigation of Holiday’s killings revealed that more than one person was responsible for the murders. So the question remains: who is committing Holiday’s crimes this time? And how many will die before Batman learns the truth?

I enjoyed revisiting this story and it brought back good memories of the times of comic book greatness! This book is available through Amazon (click the link on our page) or if you have a really kick ass comic shop then you may find it in the wild there!  JQ gives Batman: Dark Victory 8.75/10.