TPB Pick of the Week- Batman: Heart of Hush 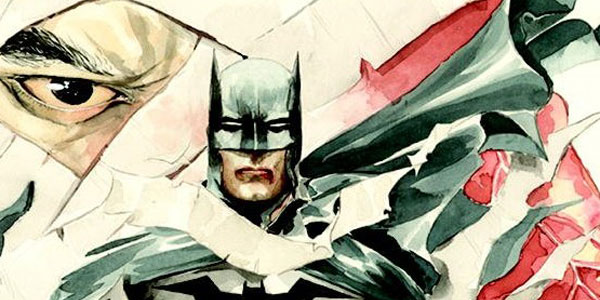 Paul Dini and Dustin Nguyen pair up for an amazing return of one of Batman’s greatest villains… Hush.

“Heart of Hush” continues what happened in the Batman: Hush story arc, picking up before the RIP Batman event.  This is supposed to bring closure to the events that have happened since Hush was introduced, and not to give away too much of the plot I will tell you a basic summary.

Hush returns because he hears what is being planned for Batman and he wants to make one final attempt to ruin his old childhood friend and get revenge. This leads to relationship elements that were started in the Hush story between Batman and Catwoman and how Hush fits in with them. It really is a good read.  There are a couple of easter eggs in this one, particularly in the Batcave, and the story also adds more depth to Peyton Riley as she is key to Hush’s fall, while giving glimpses into how Peyton became the Ventriloquist II. What happens in this story does spark the passionate reigniting of Bruce’s feelings toward Selina, an affair that symbolizes the story’s title.

I love Paul Dini’s work. If you are new to the genre and you don’t know who he is, here is a brief run down of Dini’s achievements. He’s written numerous Batman Comics, invented Harley Quinn, wrote for The Batman Animated Series, Batman Arkham Asylum and Arkham City, and many more. So if you like any of his previous work I’d suggest you pick this up, but first read Hush.

Dustin Nguyen’s art in this book really captured the essence of what Dini was trying to do here. Nguyen has a great style particularly suited for Batman. You may remember some of his work in the Batman: Lil Gotham series.

The story and art are fantastic. It is in my book a must read for any Batman fan, JQ gives this book a 9/10.