TPB Pick of the Week- Batman: The Man Who Laughs 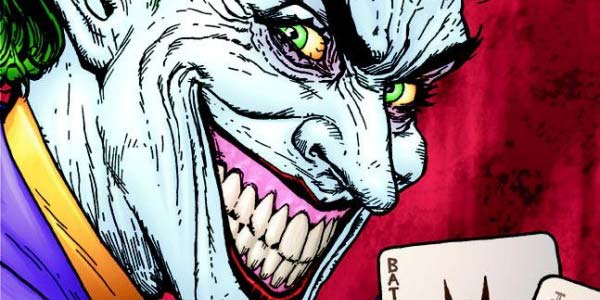 This was one of the last stories that Ed Brubaker wrote for DC before he moved over to Marvel, and man, it was a great one!

This book is a great Joker/ Batman origin story that is fun and has spot-on portrayal of the menacing Joker. Not only is this a great read, but it has some very spectacular artwork, which is reason enough to purchase this book.  This comic is hard to find and worth somewhere in the $50 plus range, so it is important to keep in mind that this is a very quick read, as the original story came in one Prestige Format Comic (48 pages). There is also a filler story called “Made of Wood” which centers around Alan Scott, the original Green Lantern.

As for the main feature of the book “The Man Who Laughs” deserves to be called one of the best Batman/ Joker stories ever. It tackles The Joker’s first attack on Gotham… and what an attack it was! The story also highlights Batman, Captain Jim Gordon (not yet the Commish), and their relationship with each other (“Made of Wood” does this, as well). It also adds on the bases formed by Alan Moore’s origin story for The Joker that was introduced in The Killing Joke.

Ed Brubaker’s take on the Joker was very interesting and entertaining to me. I felt he accurately captured what the character is all about. I found the characterization to be excellent all around, and none of the major characters came off as mere window dressing. In the case of The Joker, he is what he’s always been– an unpredictable psychopath with no regard towards human life. The opening pages begin with a chilling narration delivered by Jim Gordon, as he takes a walk through the aftermath of Joker’s handiwork, which left behind a trail of terribly murdered victims. Even as a fan of the character, I’m always amazed by the Joker’s brutal antics, so I can’t imagine the look on the face of a new reader, who may not be completely familiar with the character or Batman’s world.

I give this book a 9/10. I love when a writer and an artist come together and get the Joker right.