TPB Pick of the Week- Batman: Officer Down 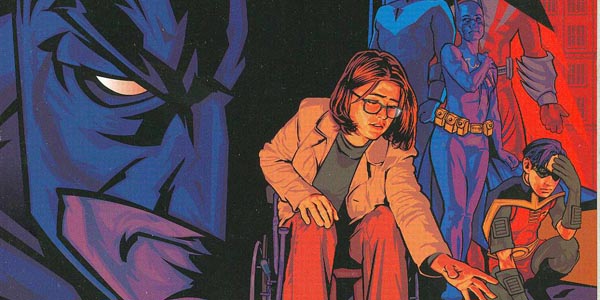 Who shot Commissioner Gordon three times in the back? That is the mystery that has the Bat-family investigating Gotham from top to bottom.

Batman must solve a mystery of an extremely personal nature along with his team of Robin, Batgirl, Nightwing, Azarel, and Oracle. As one of his dearest friends lies close to death, the Dark Knight begins his investigation with the only eyewitness, Catwoman.

I read this story years ago and its impact hasn’t diminished one bit since the night I first experienced it. One of the highest in a large field of outstanding Batman and Batman-related arcs DC has published over the years, Batman: Officer Down is a razor-tight and simmering-with-suspense arc that brought about lasting changes into the Gotham corner of the DC Universe. If you’re a regular DC reader, you probably long since know which changes were and which weren’t wrought by this event, but if you’re a new or returning reader, perhaps somebody who saw Batman Begins, this collection is actually not a bad place to jump into the Batman line.

The issues collected are written by some of today’s best writers, Greg Rucka and Ed Brubaker, (riveting dialogue!) and drawn by some of the amazing artists, Rick Burchett, Jacob and Arnold Pander.  In Officer Down the odds finally catch up with one of Gotham City’s mainstay protectors as Commissioner Gordon is gunned down in the streets. As Gordon clings to life in the hospital – with very little foreshadowing of whether he’ll make it or not – the hunt is on for the assailant, by both the Gotham Police Department and the masked defenders of Gotham. The story features one of the most brilliant police room interrogation scenes in any form of storytelling as just one of its deeply absorbing angles. This is an essential book for DC fans.