TPB Pick of the Week: Batman/Grendel 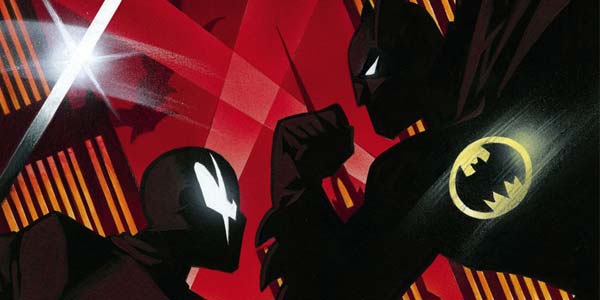 Batman/Grendel is the acclaimed story that pits Gotham’s dark detective against the embodiment of evil, written and drawn by Grendel creator Matt Wagner. 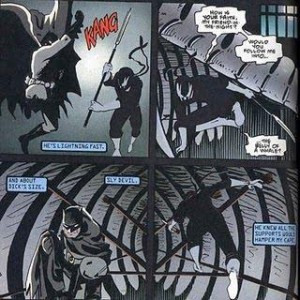 Batman/Grendel collects both mini-series of Batman and Grendel’s encounters first published in 1993 and 1996. The first mini-series features Batman and the Hunter Rose incarnation of Grendel. Hunter Rose manages to cleverly and ruthlessly blackmail two women who are close friends and roommates to a man named Leonard Ross, and at the same time fool the police and Batman as well. All the fighting and action doesn’t really take place until the second (and final) issue of the mini-series. The crossover was a nice change of pace from the typical “heroes meet for the first time, beat the crap out of each other before realizing they’re on the same side, team up and fight the real bad guys” story. 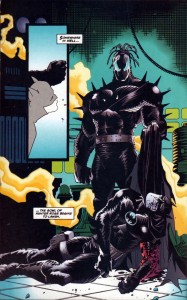 The second mini-series features Batman against a cyborg Grendel called Grendel Prime. Grendel Prime has come from the future to steal the bones (specifically the skull) of the now deceased Hunter Rose. The bones were part of a museum exhibit called Gotham City Killers, which was displaying artifacts of Batman’s enemies. Unlike the first mini-series, this was an all out fight and Batman gets beat up badly at one point. Robin makes a brief appearance in the final battle and plays a key role in defeating Grendel Prime. Even though Wagner never reveals the identity of this Robin, I’m going to assume that it’s Tim Drake.

This story does a good job of capturing the classic aspects of both characters in that classic Matt Wagner style. As you read through the book you can tell he is very invested in telling this amazing story. With all that being said I thought this was a very nice collection and I liked the fact that a sketchbook was included at the end of the book as well. If you liked Matt Wagner’s other work on Batman, make sure you check this one out as well.

Wagner did a great job on this story and made it feel like Grendel belonged in Gotham as one of the rouges. JQ gives this a 8.5/10.