TPB Pick of the Week: Birds of Prey: Of Like Minds 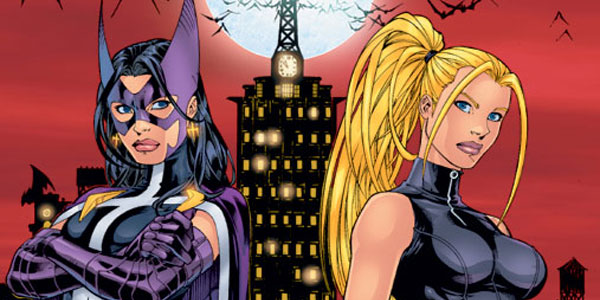 There is still strong reader support for DC’s Pre-Flashpoint (New 52) world, and this book is proof of how good we had it back then.

A powerhouse team of Gail Simone, Ed Benes, and Alex Lei kicked some serious tail in Birds of Prey. Simone injects a wry sense of humor and everyday, real-life details into a skillfully plotted and BEAUTIFULLY DRAWN book. The twists of the story are compelling but character-driven, like how far Oracle is willing to go to protect Black Canary from further harm. I especially enjoyed the way Simone brought Huntress, the Bat family’s resident outsider, into the fold and gave readers some wonderful and unexpected moments where we see her as more than just a callous enforcer.

“Of Like Minds” also includes some brief but illuminating appearances by Nightwing and Batgirl, and though you never see him, the shadow of Batman looms large over this book, which is an appropriate homage to the character, but also reveals how central to the lives of all his allies he remains. 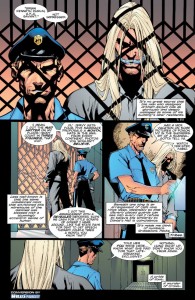 The villain Savant is an excellent foil for both the brains (Oracle) and the brawn (Black Canary and Huntress) of the Birds of Prey. The concept for the villian was cool– his sociopathic nature and short-term memory loss make him unpredictable enough to be scary, and he shares a distinct connection to our heroes. In a tricky legal and ethical dilemma, the Birds showed mercy to a would-be white collar criminal, but their act of compassion brings them to the attention of master extortionist (and one-time super-hero) Savant. I instantly liked and despised him and that is one of the most important aspects of any good super hero villain.

I know DC is about to have a “rebirth” on the titles and we may or may not see things go back to the way we remember them, but this book is proof of the fact that if it wasn’t broke, it doesn’t need to be fixed. JQ gives this book a 9.0/10. Seek this book out if you are looking for a great read.